To hear the neighbors talk about it – you'd think they are basically living through the apocalypse such is the noise from the drilling happening on a previously quiet New York City residential block. It isn't the apocalypse though, it is just a millionaire couple that is renovating a $100 million brownstone. The noise comes from the drills digging deep into the earth for the 10 by 60 foot marble clad pool the owners of the property are putting in their basement.

The house is not one of Ken Griffin's many homes. Nor is it the Fertitta brothers. The brownstone is owned by a 64-year-old Frenchman named Pierre Bastid who reportedly made his fortune in energy and has recently turned his attention to boutique hotels, restaurants, and pharmaceuticals and his wife, the Haitian-American jazz singer Malou Beauvoir. The couple had the majority of two brownstones demolished to build a mansion that is rumored to cost $100 million. The completed residence will have that subterranean pool and underground theater and recording studio, a Jacuzzi and sauna, and free-floating elliptical stairs – whatever those are. 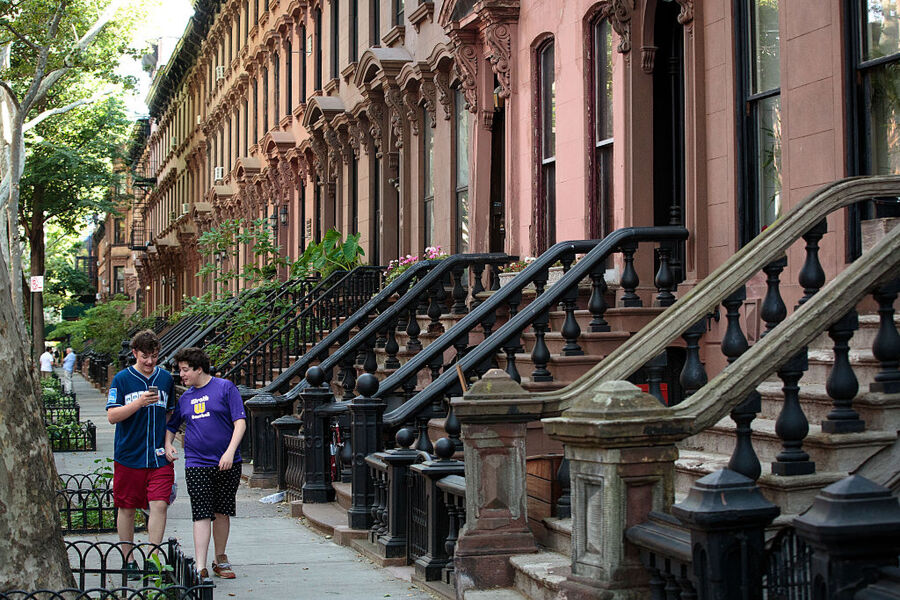 Near constant construction is a fact of life in New York City, but this project is taking it to another previously unreached level. The dust from the construction project has plagued neighbors for a year and forced them to wear noise canceling headphones in their own homes. Others, like an attorney who worked at home, have been forced to move because the noise and vibrations were not conducive to their lives. One neighbor's miniature poodle, Dorian Grey, is on trazadone to soothe his frazzled nerves. Another resident, an 80-year-old professor at a local university who has lived in his apartment since 1971, doesn't think he'll live through the construction. One neighbor said: "Noise isn't strong enough. Mindless hell and chaos would be better."

A woman who has lived on the same block as the construction project since 1969 blames the loud noises for damaging her ears so much that she was forced to get hearing aids that set her back $5,000. She also wears $400 Bose Noise Blockers headphones while she is in her apartment. Another neighbor, a 36-year-old violinist, told the New York Times that she was forced to spend $5,000 she could not afford to move out of her apartment of eight years because "her nerves were frazzled."

Many of the neighbors look at the noise as a symbol for how the ultra-wealthy are not just taking over the city but trampling on everyone else. David Margolick, the writer of the New York Times piece also lives on the block the brownstone is on. He wrote:

"This is about how the whims of a plutocrat can upend the lives of an entire city block, challenging the culture and the well-being of the people who live there. It's about coming to terms with everyday existence in New York, where the rich run rampant and the rest of us have to deal with it."

For what it is worth, Bastid and Beauvoir issued a statement that said they "deeply regret the inconvenience caused to the neighborhood, despite our efforts to limit it from the onset. Unfortunately, we have all experienced the disagreeable aspects of construction and the unpredictability of the process."

That isn't much consolation to the people that live near the construction project who have had their lives upended. Many wonder if the couple will ever occupy the house or if it will sit empty save for brief and infrequent trips to New York. Others suspect what Bastid and Beauvoir are building is a boutique hotel. For the people living in the area, no end to this construction project is in sight.