By Joseph Gibson on June 17, 2015 in Articles › Entertainment

Billionaire Warren Buffett has been getting a lot of press lately for his "Giving Pledge," in which he (and a bunch of his fellow billionaires) promise to give away at least half of their fortunes before they die. But he and everybody else who's taken that pledge have been upstaged by Chinese woman named Li Lijuan. Li Lijuan may not go down in history for giving away billions of dollars to charity, but what she has done for a group of orphans is still absolutely amazing. It gets even more amazing when you find out the full story of what's happened to her recently…

Lijuan made her millions back in the 1980s investing in coal mines. In 1994, she started using her fortune to house a steadily rising number of orphans. She ultimately adopted 75 underprivileged children.

Unfortunately, one of her investments in the Chinese mining industry went bust. And with that bust, her entire life savings was wiped out. So did she immediately abandon those 75 orphans? Nope! 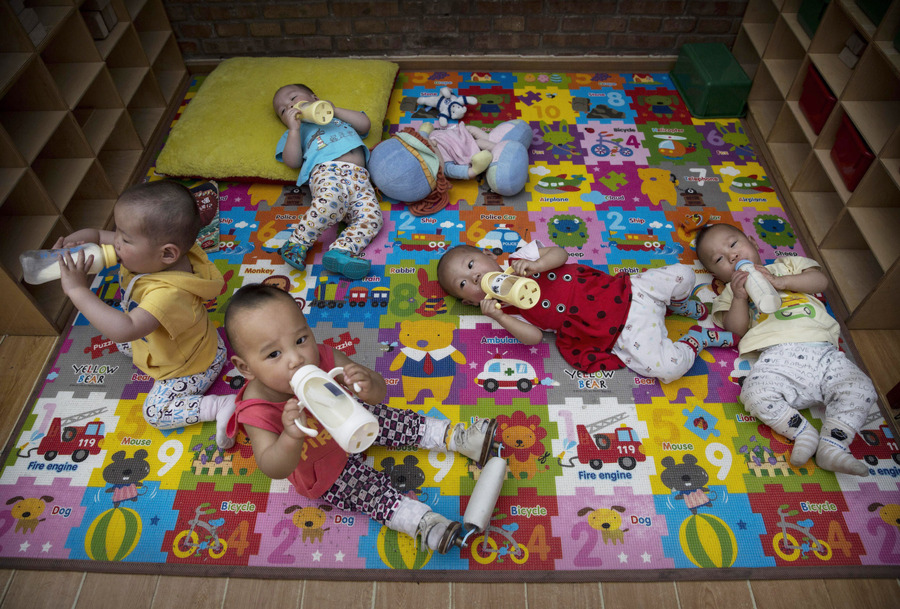 Since losing her fortune, Li Lijuan has continued to scrimp and save for her adopted 75-strong brood. To the point where she is now more than $300,000 in debt and is being forced to sell off her properties and assets in order to keep up.

And thanks to China's strict adoption regulations, she's basically helpless to pass off some of the children to other welcoming parents even given her extraordinary circumstances, since all of her foster children were legally registered under her own name and were never formally considered as orphans under Chinese law.

Raising 75 healthy children would probably be more than enough of a financial burden for Lijuan, but many of her adopted progeny suffer from serious illnesses or disabilities that require costly treatment, and things got even worse for her back in 2011 when she was diagnosed with lymphoma and required a week-long hospital visit. It's clearly an outrageous situation, and you can't help but feel for not just her but her 75 kids who hang in the balance.

Some of those kids have gone on to graduate college and get good jobs with Lijuan's support, but their help and the help of various charitable organizations only barely put a dent in the huge net losses Lijuan is going through in a regular basis. Hopefully some positive outcome for her and these kids can be reached soon, possibly through finding some undiscovered loophole in China's adoption regulations. Even that, though, would not be a best-case scenario, since Lijuan says all of her 75 adopted children consider her to be their mother.

There's an even darker side to Li Lijuan's story that seems to suggest that her plight might be more complicated than a simple case of trying to do the right thing. She has one biological son, Xiaowen, whom she hasn't seen in more than a decade. The estrangement is as a result of an incident in 2004, when Xiaowen seriously injured his spinal cord and Lijuan missed his operation because of a hospital visit by one of her adopted kids. The lapse reportedly sent her son into a depression, and he no longer wishes to have any contact with his mother – and it's a safe bet that he's probably not thrilled about what's happened to his inheritance as a result of his 75 adopted siblings, either.