Mike Tyson has a new venture. He's put down his boxing gloves and taken up pot farming – or, rather, cultivation. He is heading up a holistic marijuana company and is in the early stages of planning a luxury weed resort in the middle of the California desert. He created Tyson Holistic in 2016 and sells an assortment of marijuana merchandise as well as premium marijuana strains, edibles, and extracts. Now he's adding an elaborate 420-acre (ha ha I see what I did there – it's actually 418 acres) marijuana resort near Desert Hot Springs. The resort will have the world's longest lazy river and be the host of a music festival.

The resort broke ground in December 2017. It will be a weed wonderland, a pot paradise, a marijuana mecca with a luxury hotel, glamping tents, tourist attractions, an amphitheater for concerts, and Tyson University to teach people cannabis cultivation techniques. Tyson's vision for the property is to educate and engage the public in the healing properties of cannabis and CBD. 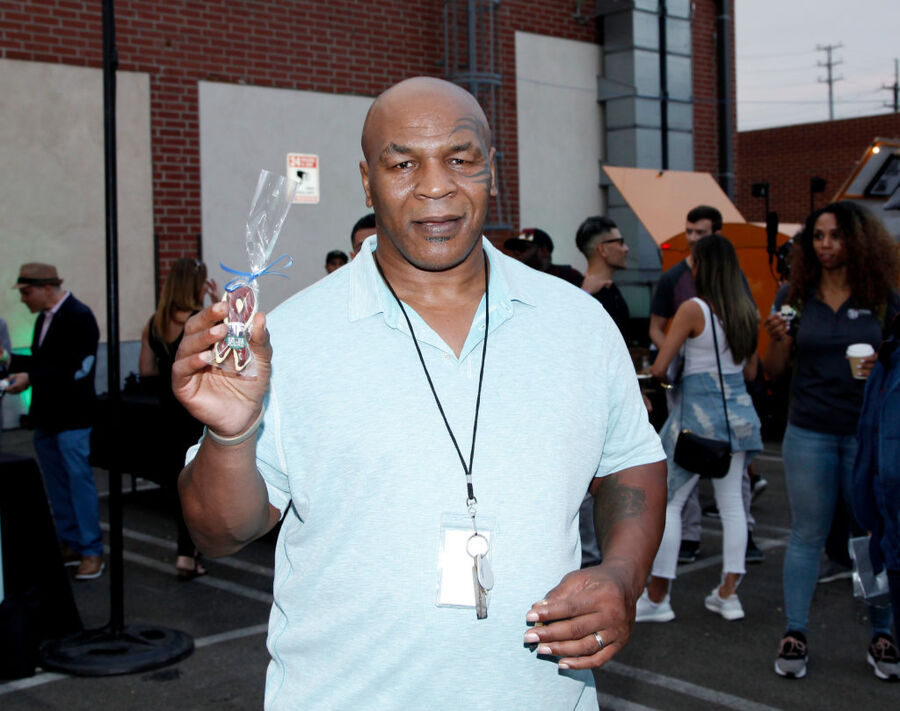 Tyson has long been an advocate of the benefits of weed. After his boxing career he fell into years of substance abuse. He credits weed with getting him to the other side of that. Guests of the resort will be able to smoke weed anywhere on the property, except for areas where alcohol is sold.

He runs Tyson Holistic from his warehouse office in El Segundo, California. He's working on expanding his marijuana branded empire with a podcast called Hotboxin' with Mike Tyson and a TV show. He's also put his name on strains of marijuana, CBD dog treats, and hemp oil muscle rub. Tyson doesn't actually grow or harvest the weed. He partners with major marijuana companies that meet his high standards. His strains must be lab-tested, pesticide free, cultivated indoors, cured over 30 days to enhance the natural flavornoids, and hand trimmed.

As for that music festival? Well – he's debuted that already. In February hundreds of people gathered on the site of the resort for the inaugural Kind Festival. While Miguel and A&AP Ferg performed, attendees smoked weed.

I know a lot of people who'd be all in on spending time at Tyson's resort.