In 1987, Junk Bond King Michael Milken Earned $550 Million. Two Years Later He Was In Jail. This Is His Crazy Life Story…

We've seen it before. White collar criminals like Martha Stewart do a quick stint in jail and emerge virtually unscathed. Jordan Belfort had his life and crimes turned into an Oscar nominated film in which Leonardo DiCaprio played him. But before Martha Stewart and Jordan Belfort made headlines, there was Michael Milken.

In the 1980s, Milken earned the not-so-flattering nickname "The Junk Bond King." His is a story of an ambitious, intelligent financial whiz who became a billionaire, let greed get the best of him, and wound up in jail. But despite his much-publicized crimes, he was able to emerge from the ordeal and rebrand himself as a philanthropist.

Milken was born on July 4, 1946. He was born and raised in Southern California, attended public high school (with actress Sally Field), and was elected prom king. After high school, he moved to Northern California and attended Berkeley, graduating in 1968 with high honors. From there, he went on to get his MBA from Wharton.

Milken married his high school sweetheart Lori at the age of 22. He had a drive for perfection and was a disciplined worker. He has often told the story that he studied business and went into investment banking after the Watts riots in 1965 made him see that underprivileged African Americans didn't feel like they had access to the financial opportunities that is so much a part of the American dream. According to his own origin story, that's what prompted him to do what he did. 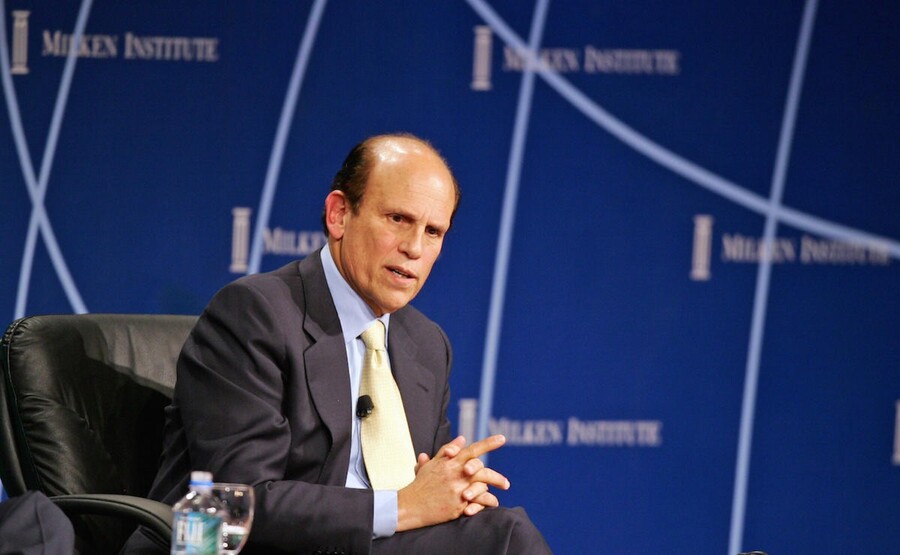 Milken landed a summer job at investment bank Drexel Harriman Ripley through connections with his Wharton professors, in 1969. After receiving his MBA, he joined Drexel (eventually known as Drexel Firestone) as director of low-grade bond research. Milken was given some capital and permitted to trade. The company let him start a high-yield bond trading department, which soon earned a one-hundred percent return on investment. By 1976, when the company was known as Drexel Burnham Lambert, Milken's income was estimated at $5 million a year. As if that wasn't enough, in 1976 he got a $5 million bonus and was earning over one-hundred percent on the capital he was given to trade junk-bonds.

Eventually, he moved his family to the west coast and created his famous X-shaped trading desk. In 1989, Milken left Drexel to start International Capital Access Group. That same year, he was indicted on 98 counts of racketeering and fraud in an insider trading investigation, and a plea bargain reduced the charge to six securities and reporting violations. The Junk Bond Kind became national news and was sentenced to ten years in prison and was slapped with $600 million in fines and settlements. Even so, he was released after twenty-two months and was banned for life from the securities industry.

The ambitious kid from California was made famous for his conviction after a guilty plea on felony charges for violating U.S. securities laws. He also became known for his philanthropy.

Critics called him out as the epitome of 1980s Wall Street. He was even named one of the "75 Most Influential People of the 21st Century" by Esquire magazine. Before his arrest, Milken's compensation, which topped $550 million in 1987 alone, exceeded $1 billion in a four-year period.

In the years after he was released from prison, Milken made it his mission to rebuild his tarnished reputation. He raised nearly $75 million for cancer research and appeared regularly on TV shows like Larry King Live and The Charlie Rose Show to talk about his efforts to find a cure for prostate cancer. In 1996, he founded Knowledge Universe (KU), a venture he hoped to build into a huge presence in the educational-services industry.

As of 2010, Milken had an estimated net worth of around $2 billion. Himself a prostate cancer survivor, he's poured his resources (aka his money) into medical research. After he was diagnosed with late-stage prostate cancer, he changed his lifestyle and got into aromatherapy and meditation and became a strict vegetarian.

He's still a financial force, although the Junk Bond King nickname will follow him around forever. "Effective use of high-yield bonds had been an important economic vehicle even before Alexander Hamilton used them to finance America's Revolutionary War debt," he wrote in Bloomberg Business in 2014. And he told BusinessWeek that, "Prosperity is the sum of financial technology times the sum of human capital plus social capital plus real assets."

So Michael Milken, convicted criminal and financial wizard, is still working his magic and making millions.