By Joseph Gibson on August 18, 2017 in Articles › Entertainment

The number of recording industry milestones achieved by Michael Jackson's 1982 pop crossover masterpiece Thriller is so long, it might be hard to believe there's room for anymore. But Billboard magazine recently announced the record's 300 weeks on its Billboard 200 album sales chart, becoming one of a very select group of albums to spend that much time on the chart.

Thriller is just the 16th record to have at least 300 weeks on the Billboard 200, with (as of this writing) 301 weeks spent on the chart. It debuted on the last way back in December of 1982, when it hit the no. 11 spot on the list, before eventually climbing to number one for the February 26th, 1983 Billboard 200 tally. After that, it spent 37 weeks in the top spot – a duration that still holds the record for any album by a single artist, and only the West Side Story soundtrack has stayed at number one longer.

Thriller is also easily the best selling album in Jackson's storied discography, edging out the next placed album Number Ones in this particular field, with 301 weeks compared to that album's 220. In its 300th week, Thriller made an impressive hop on the chart, from no. 165 to no. 126. 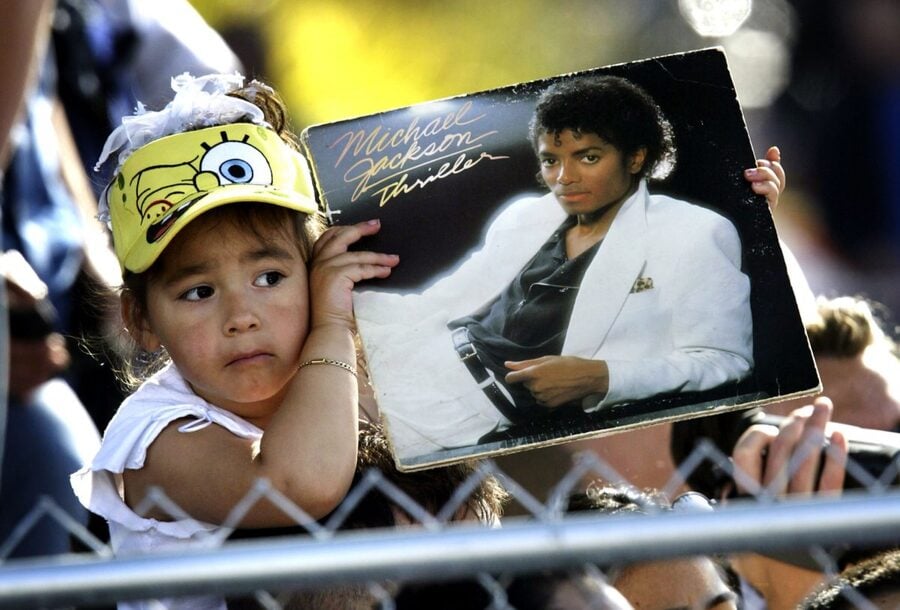 Despite those impressive stats, along with the myriad others accomplished by Thriller, it's actually got plenty of more units to shift and songs to stream before having a crack at the record for most weeks on the Billboard 200. That would belong to another record collection staple, Pink Floyd's Dark Side of the Moon, which has totaled 931 weeks on the list.

The Billboard 200 chart is based on the "overall consumption" of albums in an attempt to rank the most popular of the week. This includes album sales, but also "track equivalent albums" and "streaming equivalent albums" for a fuller picture of a record's popularity. You'd probably have to be some kind of analytical genius to make perfect sense of it all, but math smarts aren't really required to know that Thriller is still a certified classic.