By Amy Lamare on March 1, 2019 in Articles › Entertainment

You might have heard that on Sunday night HBO is airing a controversial Michael Jackson documentary called Leaving Neverland. In that spirit we thought we'd reexamine Michael Jackson's net worth and the crazy twists and turns it took in the last decade of his life. It is still hard to believe that at the time of his death, the King of Pop was $500 million in debt. How was that possible? He wrote and sang some of the most popular songs of the 1970s, 1980s, 1990s, etc. The Thriller album alone was the best-selling album of all time by a mile. He owned the Beatles catalog of music. It is insane to think of all the ways Jacko was bleeding money in his final years. In fact, let's review all of that and how, after his death, his estate pulled itself out of the red and became the top earning dead celebrity of at least the past six years.

Technically speaking, Michael Jackson's net worth was NEGATIVE $500 million when he died in 2009. How? In the decade between 1985 and 1995, Michael earned between $50 and $100 million a year touring, selling records, through endorsement deals, and merchandise. In total, Jackson's lifetime gross earnings were $500-600 million.

To date, Jackson has sold more than 750 million albums—35 million of which were sold over the year following his death. But that wasn't (and isn't) the most valuable asset of his portfolio. Not by a long shot.

The most valuable asset of Michael Jackson BY FAR is the Beatles catalogue/ his stake in Sony/ATV Music Publishing. Back in 1984, Robert Holmes owned The Beatles' song catalogue. The Australian business magnate was putting it up for sale in the form of ATV Music Publishing, a company he had formed that owned the rights to about 4,000 songs including a division called Northern Songs, which was the music publishing arm of The Beatles. The fact is that Paul McCartney and John Lennon signed a terrible contract at the beginning of their career that gave the publishing rights to more than 250 songs to Northern Songs. In 1984, Paul McCartney and Yoko Ono were given the opportunity to buy the Beatles catalogue but passed because the $40 million price tag was too high. 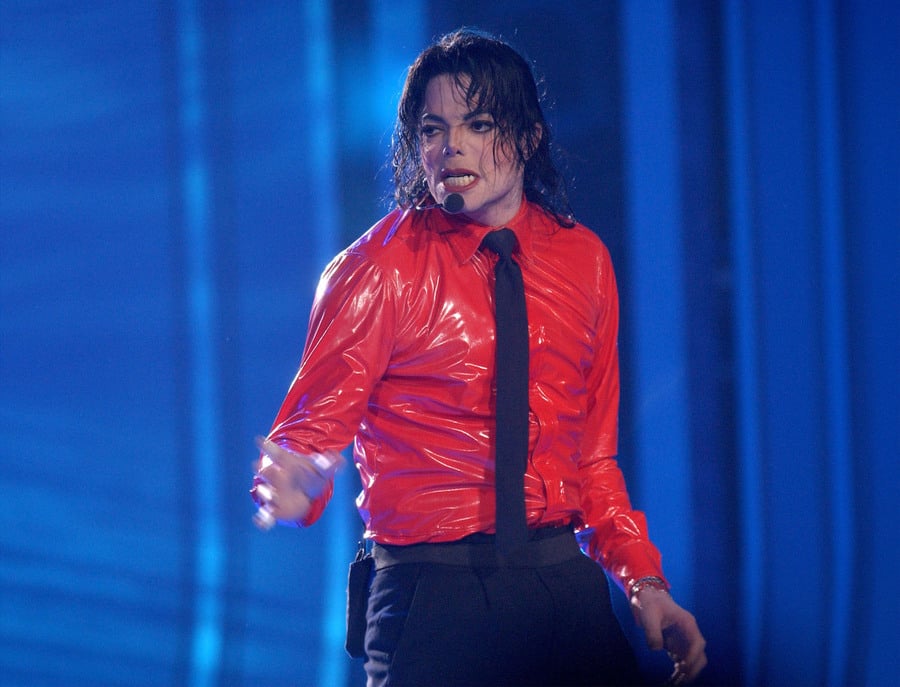 In the meantime, then 25-year-old Michael Jackson was fresh off the incredible success of Thriller and in the middle of a two year long shopping spree for music publishing rights. He invested millions between 1982 and 1984 buying up publishing rights from such artists as Sly and the Family Stone and such hits as Great Balls of Fire, When a Man Loves a Woman, and Runaround Sue, to name just a few. Jackson's longtime attorney John Branca heard that the ATV catalogue/The Beatles catalogue was for sale and approached Michael about buying it. Michael told him to spare no expense and so, with the highest offer at $40 million, Jackson and Branca offered $47.5 million ($115 million in 2019 dollars). The deal closed in October 1985 and Jackson now owned the entire Beatles music catalogue. He was now free to license any Beatles song, which he did in 1987, when he licensed Revolution to Nike for $500,000. In that deal, Jackson got $250,000 and McCartney and Lennon received $125,000 each.

Then, in 1995, Sony approached Michael with an incredible offer. They would pay him $95 million ($230 million today) to merge ATV music with their catalogue and create a new 50/50 owned publishing powerhouse. Michael agreed and instantly earned back twice his initial investment plus he gained 50% ownership of a much bigger music publishing company. Furthermore, Jackson still controlled 100% of his own songs through a separate company called Mijac Music.

The new Jackson/Sony company would be known as Sony/ATV Music Publishing and would grow over the next decade to 200,000 songs. Between 2005 and 2103, Sony/ATV grew to control two million songs—including the catalogues and songs of artists including Lady Gaga, Bob Dylan, Beck, and Eminem. In 2012 alone, the company earned $1.25 billion from licensing and royalties and had an income of $500 million. Today, the company is worth between $2-4 billion. Jackson's stake is worth at least $1 billion.

And yet, when he died he effectively had a net worth of negative $500 million. How did that happen?

As Michael Jackson made money (oh so much money) he also spent it almost faster than he made it. His lavish lifestyle cost about $50 million a year to maintain. He paid out $12 million to his baby mama Debbie Rowe, spent another $20 million settling a child molestation case, not to mention tens of millions on attorneys. Neverland Ranch cost $19.5 million to buy and a whopping $10 million a year to maintain. He spent $35 million remodeling the compound into his own amusement part. And then there were the Bentleys, the antiques, the art, the exotic animals, and those famous diamond encrusted gloves. Jackson also spent between $50 and $100 million on movie and music projects that never got off the ground. Then consider the fact that the sale and popularity of his own music cooled in the late 1990s amid the allegations of child molestation and you can start to see how, by the time 2000 rolled around, Michael Jackson was broke.

Obviously, Jackson had to come up with money, and quick. He took out a $380 million loan from Bank of America. He used his 50% stake in Sony/ATV as collateral. The interest alone on that loan was tens of millions annually. Within just a few years he blew through the whole $380 million plus $120 million. So, by the time he died in 2009, he was $500 million in debt.

Ironically, dying was probably the best thing Jackson could do for his profitability. Whereas he was somewhat of a pariah in North America towards the end, in the years since he died on June 25, 2009 he has consistently been the highest-earning dead celebrity on the planet. Sales of his music and the catalogues his estate owns and licensing deals with Pepsi and Cirque du Soliel have helped Jackson's estate climb fully out of debt. Additionally, the concert film This Is It grossed over $260 million worldwide. His 50% stake in the Sony/ATV music catalog generates eight-figure dividends for his estate to this day. Just check out these figures from the last several years of what Jackson earned:

In the five years following his 2009 death, the King of Pop brought in more than $700 million—that was more than ANY ARTIST living or dead.

When Michael Jackson died, his will broke up his estate like this: 40% was left to his three kids. His mom got 40% as well. When she dies, her 40% goes to Jackson's children, giving them 80% to split. The remaining 20% was donated to charity. Currently Michael's kids Paris, Prince Michael, and Blanket each have a net worth of $100 million. His mother Katherine Jackson also has a net worth of $100 million. Based on the amount of money Jackson's estate has earned every year since his death, it only stands to reason that Paris, Prince Michael, Blanket, and Katherine will continue to add to the fortunes that Michael Jackson left them for the rest of their lives.