Michael Avenatti Ordered To Pay More Than $4 Million In Back Salary, Owes Millions In Taxes And Back Rent

By Amy Lamare on October 31, 2018 in Articles › Entertainment

Stormy Daniels' attorney and presidential hopeful Michael Avenatti has been ordered to pay $4.85 million to an attorney at his former Southern California law firm by a California judge. Los Angeles Superior Court Judge Dennis Landin issued the ruling after turning down Avenatti's request to move the case to federal court. The opposing side called Avenatti's an attempt to delay the case. He did not appear at the hearing, nor did he file opposing arguments. The judge ruled that Avenatti must pay the $4.85 million because he personally guaranteed a settlement with former employee Jason Frank.

Frank alleged that Avenatti's firm misstated its profits and as a result, he was owed millions. Avenatti alleges that Frank stole his clients. Avenatti issued the following statement regarding the matter:

"Any judgment issued against me will be deducted from the over $12 million that Jason Frank owes me and my law firm Avenatti & Associates as a result of his fraud. We look forward to receiving our check for over $7 million."

Avenatti is eligible to appeal the ruling due to the fact that he never filed opposing arguments in the case. 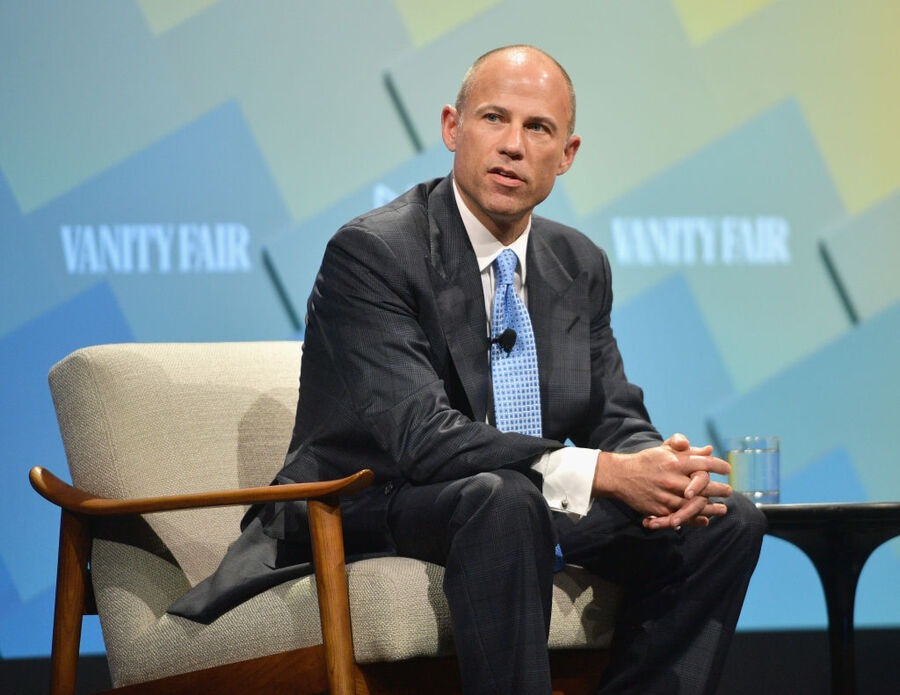 This latest ruling is in addition to a May ruling ruling from a US bankruptcy court which ordered Avenatti's former firm to pay Frank $10 million. The $4.85 million is in addition to that amount. In July, Avenatti was accused by the Justice Department of making misrepresentations in the bankruptcy case and ruled that his former firm owed $440,000 in unpaid federal taxes. Avenatti contends that the matter has been resolved. The Justice Department insists that settlement negotiations were in process, but the debt is still outstanding.

Less than an hour after Avenatti's defeat in the L.A. lawsuit, his firm Eagan Avenatti had another setback during a trial when they were evicted from their office space at Newport Beach's chic Fashion Island mall for failing to pay rent for the last four months. The landlord, the Irvine Company, claims Eagan Avenatti owed $213,253 in rent. Avenatti claims that his firm made repairs to the office suite which should be deducted from the rent owed.

Meanwhile, Avenatti was on his way to New Hampshire for the third time. New Hampshire is, of course, the state that kicks off the presidential primaries for the 2020 race. Avenatti is looking at a run for the Democratic nomination. However, his very troubled financial history could be a big issue.

A recent report detailed how Avenatti lived extravagantly while owing millions in unpaid taxes. He has personally owed at least $1.2 million in federal taxes while his law firm owed $2.4 million.

Avenatti's lavish lifestyle of multi-million homes, private jets, and trips to Paris, the French Riviera, and Cabo came to light when his second wife, Lisa Storie-Avenatti filed for spousal and child support during the couple's divorce hearing.

On top of all of this, the IRS claimed in January that Eagan Avenatti owed $2.4 million in taxes. The firm paid $1.5 million in March but as of July still owed $880,582. Avenatti claims that his firm has paid everything to the best of his knowledge.

He has been working to separate himself from his former law firm. He claims that he divested his interest in Eagan Avenatti. He is now operating under Avenatti and Associates.

What seems to be the truth is that Avenatti and Associates owns a 100% stake in Eagan Avenatti. Disassociating himself with his own law firm is a tactic he has used before.

In 2013, Avenatti partnered with actor Patrick Dempsey in a Seattle based coffee chain called Tully's Coffee. The trouble started almost immediately. He is the central figure in a number of lawsuits in the past four years related to the coffee chain. In early 2013, Dempsey was the public face of Global Baristas LLC, which beat out six bidders, including Starbucks, and bought Tully's more than 40 Washington locations for $9.15 million. The media focused on Dempsey. However, Avenatti reportedly promised to fund the entire deal. The deal to buy Tully's closed in late June 2013 and by August, Dempsey was suing Avenatti for not funding the deal according to their agreement.

Dempsey's lawsuit alleged that an internet search revealed that Avenatti had borrowed $2 million at the insanely high interest rate of 15% to fund the deal. He did not actually have the money to finance the whole thing, leading Dempsey to pull out of the partnership.

Global Baristas owes $4,998,198 in federal taxes according to an IRS lien. The company also owes thousands of dollars in state taxes and has more than 20 state liens filed against them in Washington and California. In early April, Washington state issued a warrant over more than $721,000 in unpaid state taxes.

Since 2013, 46 lawsuits have been filed against Global Baristas. The company has been sued by a number of landlords for tens of thousands in unpaid rent. Global Baristas has been named in 13 unlawful detainer cases in the past year

Avenatti claims to no longer be involved with Global Baristas. In fact, he insists he is only outside counsel for the company, However, he is still listed as the sole governing person for Global Baristas in Washington business filings. Avenatti claims he sold his part of the company at a profit sometime in the past. However, in 2017, Avenatti told the Federal Bankruptcy Court that he was the owner.