By Amy Lamare on September 10, 2018 in Articles › Entertainment

Recently, news broke that Asia Argento, one of the loudest voices in the #MeToo movement, was involved in a cover-up and pay off regarding her alleged sexual misconduct with a then 17-year-old named Jimmy Bennett.  She has categorically denied having sex with Bennett in 2013. She did not deny the payoff, but has said that the $380,000 was designed to help the troubled actor and musician and get him to leave her and her late boyfriend Anthony Bourdain alone. It appears that Argento and Bourdain orchestrated a cover-up. This situation has predictably devolved into a he said/she said, blame-the-dead-guy mess. Not helping Argento's case are a series of text messages between her and Bourdain. It was also revealed that Argento has decided not to pay off the balance of the $380,000 to Bennett per directions Bourdain gave her before his death. It is basically a hot mess, people.

Just to recap, Asia Argento gave a speech at the 2017 Cannes Film Festival during which she spoke out about her assault at the hands of producer Harvey Weinstein. Since she came out, more than 80 women have come out to accuse Weinstein of sexual misconduct. He is currently facing the legal consequences of his actions. Argento also told The New Yorker that she was raped by Weinstein in 1997 at the Cannes Film Festival, when she was 21. 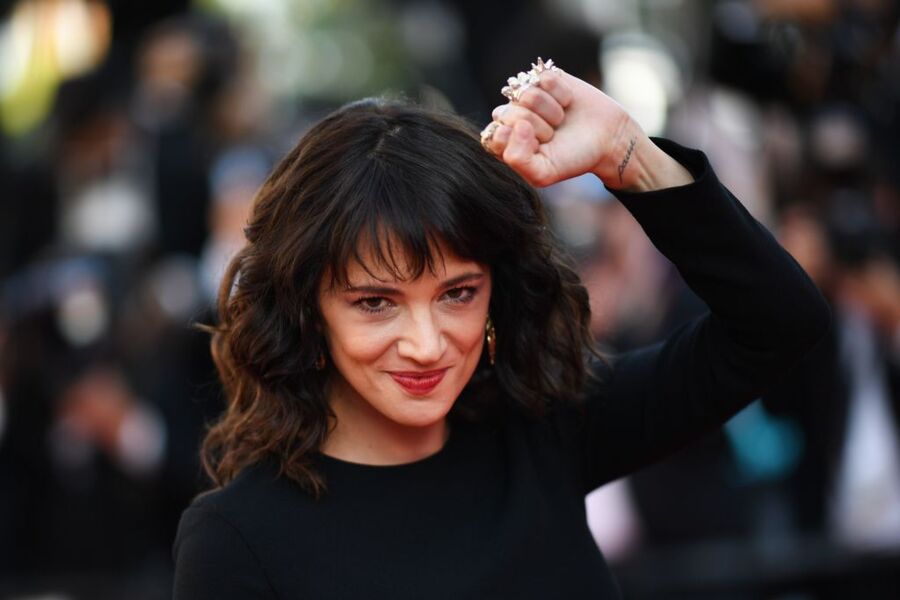 Jimmy Bennett is an actor and rock musician who has accused Argento of assaulting him. Bennett and Argento met when he was six years old. He appeared in the 2004 film The Heart Is Deceitful About All Things, which Argento co-wrote, directed and starred in. Bennett was seven years old at the time. The film is about the grim relationship between a drug addicted prostitute and her son. Argento played the prostitute and Bennett played her son.

On May 9, 2013, Argento and Bennett met for a reunion in a hotel room at the Ritz-Carlton in Marina del Rey, California. Earlier that day she posted on Instagram, "Waiting for my long lost son my love @jimmybennett in trepidation #marinadelrey smoking cigarettes like there was no next week. Bennett commented on the photo "I'm almost there."

Bennett arrived at Argento's hotel room with a family member. According to the documents, Argento asked the family member to leave so she could be alone with him. She then gave Bennett an alcoholic drink and showed him a number of notes she'd written to him on the hotel's stationary. She kissed him, pushed him onto the bed, took his pants off and performed oral sex. She then climbed on top of him and had sex.

Argento was 37. Bennett was 17. The age of consent in California is 18. It should be mentioned that Argento is Italian and lives in Italy and the age of consent there is 14. It doesn't make it less gross, but it is a fact. Afterward, she took a number of photos of the two of them together. The two had lunch. Afterwards, Bennett headed home to Orange County, California, where he lived with his parents. After Bennett left the hotel, he began to feel "extremely confused, mortified, and disgusted," according to the documents that The New York Times received in an encrypted email. Bennett says the trauma this incident caused affected his ability to work and as a result, his income dropped significantly.

Sometime around November 2017, Argento received a notice of an intent to sue from Bennett's attorney. He initially asked for $3.5 million in damages for the intentional infliction of emotional distress, lost wages, assault and battery. Bennet reportedly made $2.7 million in the five years before the 2013 incident with Argento. After their meeting, his income dropped to $60,000 a year, which he attributes to the fallout and emotional trauma that the sexual encounter with Argento caused. She said that Bennett was litigious and was making ridiculously exorbitant money demands. Argento and Bourdain just didn't want any more intrusions in their life.

Argento started texting her boyfriend Anthony Bourdain about the pending allegations against her. They texted back and forth about the situation, which we will get to in a minute. Argento and Bourdain also gave Bennett a nickname. They referred to him as "donkey."

In the undated but verified text messages between Bourdain and Argento, the late Parts Unknown host reassured his Italian girlfriend that a payment to Bennett was "no admission of anything, no attempt to buy a cover up, simply an offer to help an obviously tortured soul whose desperate and trying to jack you for money." In a follow up text, Bourdain, who committed suicide in June, added "you just tell him to f**k himself. Either way, I am with you."

Bourdain continued to text Argento about Bennett and the allegations against Argento. In one, he appeared to be responding to Argento's concerns about how she felt disingenuous for paying what basically amounts to hush money to her accuser when she was so incredibly vocal and involved in bringing producer Harvey Weinstein down for his sexual misconduct. Bourdain's text to Argento said, "You are not buying silence. Only freedom from inconvenience. And to help a poor twisted goof get his life together."

Argento responded to Bourdain's text about not buying silence by writing, "I will never buy his silence for something that isn't true since I am also broke. I don't fear him. I am no Puritan, google my a**."

However, Argento then seemed to contradict herself in the texts with Bourdain. In one, she wrote, "It wasn't raped (sic) but I was frozen. He was on top of me. After, he told me I had been his sexual fantasy since was 12."

Jimmy Bennett's attorney said that Bennett only decided to file the notice of his intent to sue Argento after he got fed up with her stance in the #MeToo movement and her pious attitude towards Harvey Weinstein.

The agreement between Argento and Bennett laid out a plan to pay him $380,000 over the course of 18 months. The initial payment of $200,000 was made in April. In a letter dated April 2018, Argento's attorney laid out the details of the deal and the schedule of payments. The agreement does not prevent Argento or Bennett from discussing it. California law does not allow non-disclosureagreements in civil contracts that involve the types of allegations Bennett made against Argento.

On September 5th, Argento's new attorney Mark Jay Heller release a statement to Page Six saying that Argento will not pay the rest of the hush money per the late Anthony Bourdain's wishes. According to the statement, Bennett has been paid about $250,000 of the $380,000. Heller told TMZ that Bennett "sexually attacked" Argento, not the other way around.

The statement reads in part:

"Asia's courage to originally make the accusations against Harvey Weinstein has not waned…Phase Two of the #metoo movement dictates that the voice of a victim, even one with a history that may be in question, should be heard and she is hopeful that in the Court of Public Opinion it will ultimately be determined that Asia never initiated an inappropriate sexual contact with a minor, but rather she was attacked by Bennett and might even be suffering the fallback of a smear campaign by those already accused who may have a vested interest in their accusers being denied credibility."

There is a popular school of thought that the allegations against Argento by Bennett were actually initiated by Harvey Weinstein.