The Met Has A Deficit Of $10 Million, And It's Growing

By Joshua R. Wood on September 12, 2016 in Articles › Entertainment

The Metropolitan Museum of Art (The Met) currently operates with a $10 million budget deficit. That deficit has jumped from $3.5 million in FY 2014 to $7.7 million in FY 2015 to the current eight-figure deficit. The even greater issue is that museum representatives have indicated that the deficit could grow to $40 million by 2018 if no significant changes are made in the museum's staff and operations.

The Met has an annual operating budget of about $300 million, and employs approximately 2,200 people. It also boasts an endowment of $2.8 billion, and receives a large amount of aid from the city of New York. Because of this endowment and the aid it regularly receives, the museum is not in as much trouble as it might sound. According to museum director Thomas P. Campbell, "We're not in a crisis."

Campbell adds, "The Met is a very strong institution firing on all cylinders," but he also agreed that the museum must soon come up with "a fiscally sustainable budget over the long term."

According to the president of The Met, Daniel Weiss, the museum will have "a balanced budget in about 24 months."

One of the major draws of the Met is that it operates under a "pay-what-you-wish" admission policy, though it has a suggested donation (recently changed from "recommended donation") of $25 per adult. Recently, Isaac Kaplan of Artsy.net investigated the correlation between average contribution per visitor and operating deficit. What did he find?

The operating budget, however, fluctuated greatly during that time, ranging from an $8 million deficit in 2009 to a nearly $4 million surplus the following year, and steadily trickling back down to the approximate $10 million deficit that it has this year. In other words, the amount that visitors pay currently has very little impact on the deficit. 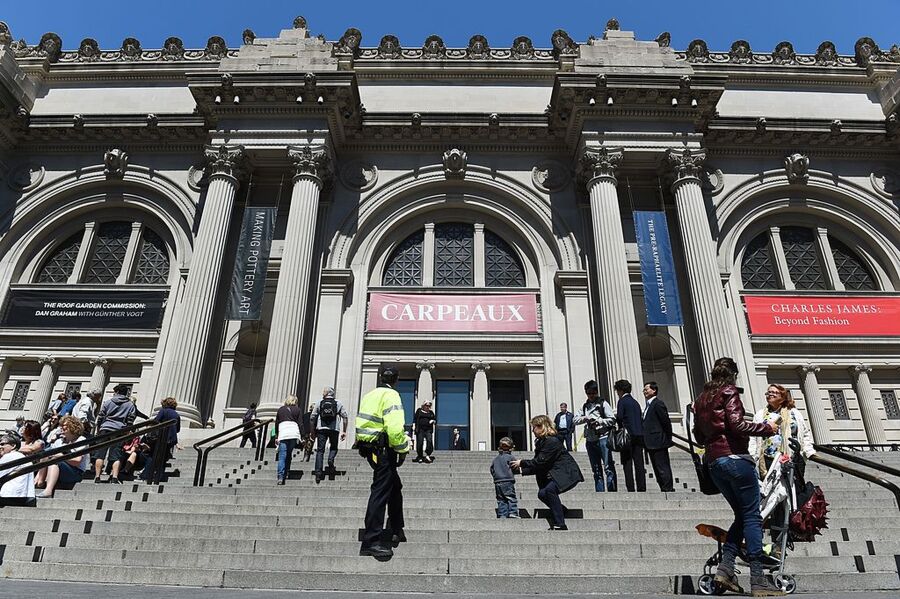 One thing that could change that would be if The Met were to require attendees to pay a fixed dollar amount, such as $25 per person, which would be comparable to other New York museums. Unfortunately, it's difficult to predict the negative impact that would have on the nearly 7 million visitors that see the museum each year.

One of the key strategies for increasing revenue is to buy out some of the museum's employees, and also lay some of them off. The museum has already begun this process, and will likely continue to do so until it sees positive change. But it seems unlikely that the layoffs will exceed 100 employees.

The other primary strategy is for The Met to reduce some of its special programming, which requires a lot of employee overtime. Currently, there are about 55 shows each year, and they'd like to reduce that number down to around 40. "The goal," said Weiss, "is to do a little bit less, just as well."

Though it sounds like they have things under control, next time you visit The Met, consider tossing in a couple extra dollars.