Megyn Kelly Net Worth And Salary: Will The Fired NBC Host Get Paid Her Full $69 Million NBC Contract?

By Brian Warner on October 25, 2018 in Articles › Entertainment

After a disastrous tenure at NBC, Megyn Kelly is now fired. She lost her job after making some seriously boneheaded comments on her show two days ago. On the episode, while speaking to an all-white panel, Megyn defended the concept of wearing blackface as a Halloween costume. She basically said she didn't think it was racist and feels that anyone should be able to wear blackface as long as it was a character.

The comments drew immediate backlash across social media and, perhaps more importantly, her bosses and colleagues at NBC. On her show the next day (yesterday) Megyn issued an apology and then welcomed two black panelists to discuss the horrific and absolutely offensive history of wearing blackface.

Her firing ends a disastrous one-year experiment marked by terrible ratings and huge financial losses for NBC. Megyn is barely one year into a massive three-year contract, and she was arguably fired for cause. So will she get paid the remaining tens of millions that she is owed? And while we're at it, what is Megyn Kelly's net worth and salary? 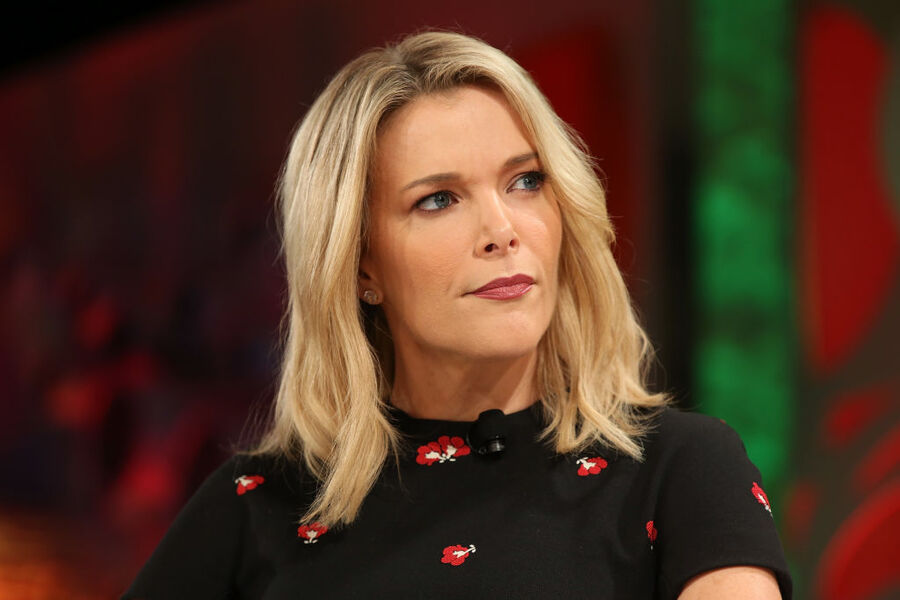 Before Megyn made the jump to NBC, she was earning $8 million a year at Fox. Executives at Fox were desperate to keep her since they had just recently lost another big name prime-time anchor, Bill O'Reilly, due to a sexual harassment scandal. Fox supposedly offered Megyn $30 million a year to stay at Fox but she declined to start fresh at NBC.

At NBC, Megyn signed a three-year $69 million contract. That's $23 million in annual salary. We estimate her net worth currently at $30 million, though that number is from when we were factoring in the assumption that she would earn the full amount of the NBC contract.

With the jump to NBC, Megyn would no longer be an evening news host, she would transition to hosting a morning talk show called "Megyn Kelly Today". She would also have a Sunday show called "Sunday Night with Megyn Kelly".

At Fox News, Megyn's no-nonsense, just-the-facts, ruthless demeanor was an asset. It actually made her a breakout star at the conservative network. At NBC she would need to be friendlier, peppier, warmer… It quickly became clear that this attitude shift was not going to work.

When it was on, Sunday Night with Megyn Kelly, was a disaster in the ratings department. The show was frequently beaten by re-runs of 60 Minutes on CBS. The show was canceled after just 8 episodes. Towards the end, the show was routinely beaten by many cable programs with fewer than 3 million people tuning in. Audiences were equally unexcited about Megyn Kelly Today. The audience quickly dipped 30% from it's debut and has slowly tanked each month.

The stakes were very high for Megyn. Not only was she EXTREMELY expensive in terms of salary, her show was extremely expensive for NBC.

Before Megyn Kelly, NBC would air The Today Show from 7am to 9am. From 9-10am there was essentially a third hour of The Today Show featuring the B-Squad hosts talking about fluffier topics. From 10-11am, NBC would cut to "Kathie Lee And Hoda", an almost entirely entertainment based fourth hour program.

This is key: All three of those shows, from 9-11am, were filmed in one room with same crew and no studio audience. The production costs were minimal. Furthermore, NBC has long had a policy against having sponsored integration in a news-focused program like The Today Show. But since those last two hours of programming were entertainment-based, they sold sponsorships all day long. For example, they could do a segment sponsored by Eureka vacuums where the hosts talked about why Eureaka vacuums were so awesome.

#1: First off, Megyn's show was filmed in a custom studio across town with a full studio audience and its own crew. Not only did this studio cost $10 million to build from scratch, they had spent millions every year in production costs that didn't previously exist.

#2: Megyn's show was news-based so it could not accept sponsored integrations. NBC lost a full hour of potential sales opportunities.

#3: Megyn's ratings proved to be so bad that her show dragged down the entire NBC afternoon lineup. Ratings of Kathie Lee & Hoda tanked right along with Megyn Kelly.

This morning an anonymous NBC news executive told the Daily Mail the following:

"They gave her the $69 million and all she has delivered is scandal after scandal. Add production costs and they are responsible for a $100 million shitshow at 9am every morning. Her limited tenure here has been an embarrassing joke."

What Happens To Megyn's Contract?

It's unclear if NBC will be able to get out of paying Megyn for "cause" or some other violation of her contract. Even if they had an out, it's unclear if they would take it. NBC knows that some network out there would jump at the chance to hire Megyn. Though, she'll have to negotiate any new contract with new representatives because she just dropped from her talent agency CAA.

Let's say Megyn has $46 million left on her contract. Would NBC rather save $46 million and cut her loose to be picked right back up by another network? Or will they try to find something else with the NBC family of channels (Bravo, for example) where they can ride out her contract and get something for their money?

Stay tuned as we continue researching this breaking news story!