Meghan Markle Net Worth – How Rich Is The Future Princess?

OMG! In just two days, an American is marrying a Prince of England. How exciting is that? Former actress Meghan Markle met Prince Harry on a blind date nearly two years ago. Markle's close friend set her up with the Prince. Meghan asked her friend at the time:

"'Well, is he nice?' Because if he wasn't kind, then it didn't seem like it would make sense."

Meghan Markle was born on August 4, 1981 in Los Angeles. She is bi-racial. Her mother, Doria Ragland, is a social worker and yoga instructor. Her father, Thomas Markle, is a retired Emmy Award winning lighting director. Meghan grew up in Hollywood and attended the Hollywood Little Red Schoolhouse and the all-girl Catholic Immaculate Heart High School. When she was 11-years-old, she saw on Ivory Soap commercial and became offended that the ad portrayed doing the dishes as the work of a woman only. She wrote a letter to the company and successfully got them to change the spot from women, to people. As a result, Linda Ellerbee interviewed her on Nick News.

After high school, Meghan headed to Northwestern University where she majored in theater and international studies. She was a member of the Kappa Kappa Gamma sorority, and spent a semester studying in Madrid, Spain. She also had an internship at the American embassy in Buenos Aires, Argentina. She graduated from Northwestern in 2003 and headed back to Hollywood to launch her acting career. 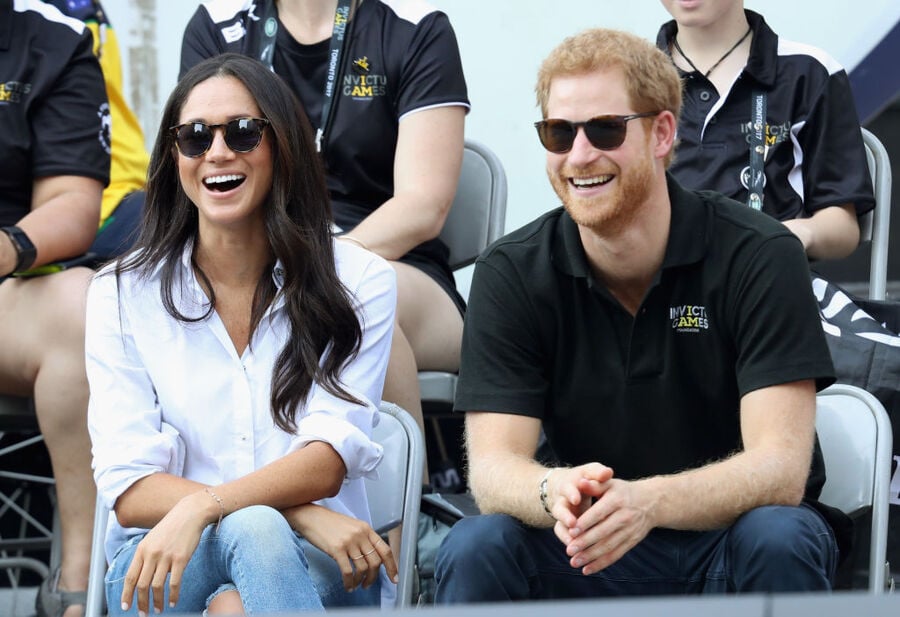 Like many aspiring actors, Meghan had a hard time finding work early in her career and worked as a freelance calligrapher to support herself, creating wedding invitations for couples, including the wedding of Paula Patton and Robin Thicke. Her first paid acting gig was a small role as a nurse on the daytime soap opera General Hospital. Between 2004 and 2006, she had small guest roles on a number of television shows. Eventually she landed a regular gig as a briefcase girl on the game show Deal or No Deal. In 2015, Markle wrote about her hard time finding roles, saying:

"I wasn't black enough for the black roles and I wasn't white enough for the white ones, leaving me somewhere in the middle as the ethnic chameleon who couldn't book a job."

In July 2011, Markle landed the role of Rachel Zane on the USA Network show Suits. In late 2017, Markle completed the seventh season of the show and resigned. She reportedly made $50,000 per episode during her seven seasons on Suits. That is an annual income of about $450,000.

In regard to her quitting Suits, Markle said:

"I just see it as a change. It's a new chapter, right? And also keep in mind I've been working on my show for seven years. I think what's been really exciting as we talk about the transition of this out of my career, but into the role, is that, as you said, the causes that have been very important to me I can focus even more energy on, because very early out of the gate I think you realize once you have access or a voice that people are going to listen to, with that comes a lot of responsibility which I take seriously."

From 2014 to 2017 Markle was the founder and editor-in-chief of the lifestyle website The Tig, which was named after her favorite wine, Tiganello. She shut down The Tig in 2017.

In 2016, Markle released two clothing lines for Canadian retailer Reitmans. She also was the brand ambassador for Reitmans. The lines were sold in select Reitman stores and online and sold out as soon as they were released. In April 2017, Markle ended her partnership with Reitmans.

Between The Tig, Reitmans, and other endorsements and sponsorships, Markle made $80,000 per year.

Markle is also involved in a number of philanthropies, something she has shared in common with her future husband from the very start of their relationship. In particular, Markle became a global ambassador for World Vision Canadain 2016 traveling to Rwanda for the Clean Water Campaign, the agency's campaign to provide safe, clean drinking water.

Meghan Markle has a net worth of $5 million.