Meet the Unlikely Hero in the War Against Ticket Scalpers — Kid Rock!

By Max Savage Levenson on January 21, 2015 in Articles › Entertainment

Since rapper-turned-country-rocker Kid Rock appeared on the scene in the 1990s, he has gained a hell of a reputation for his hard-partying attitude, bombastic shows and his engagement to a certain blonde film star. But now we can add another accolade to the list, one that no one ever expected of the sex-crazed cowboy. This platinum selling bad boy has unexpectedly become the leading figure in the fight against ticket scalpers. Scalpers, often viewed as some of the lowest denizens of the Internet, are those scumbags who resell concert tickets at insane costs often more than a thousand dollars over their original value. Or worse, they sell fake tickets. So how did Kid Rock become the hero of middle-class concert goers???

In the summer of 2013, Kid Rock embarked on his "$20 Best Night Ever" tour. At this point he had been annoyed by scalpers for well over a decade. So in an effort to cut down on scalpers ripping people off, Kid Rock and his marketing team devised a few methods of keeping tickets affordable while ensuring that Mr. Rock still pulled in up to HALF A MILLION DOLLARS PER SHOW:

1. Assuming that scalpers profit most when demand for shows is at its highest, Kid Rock played a SHIT TON of shows, eight nights in Detroit alone.

2. He kept ticket prices in the front of the venue pretty expensive, often a couple hundred bucks, to deter scalpers from buying them. This also indirectly ensured that Kid's biggest fans, the ones who would shell out premium dollars, dominated the front rows of his shows.

3. To gain entry to those fancy seats, you also have to show ID and the credit card you used to buy the tickets.

4. Reserve the first two rows for die hard fans ONLY. "I'm tired of seeing the old rich guy in the front row with the hot girlfriend," Kid Rock says. "The old rich guy is standing there like he could[n't] care less. It's a very common theme at Kid Rock concerts." 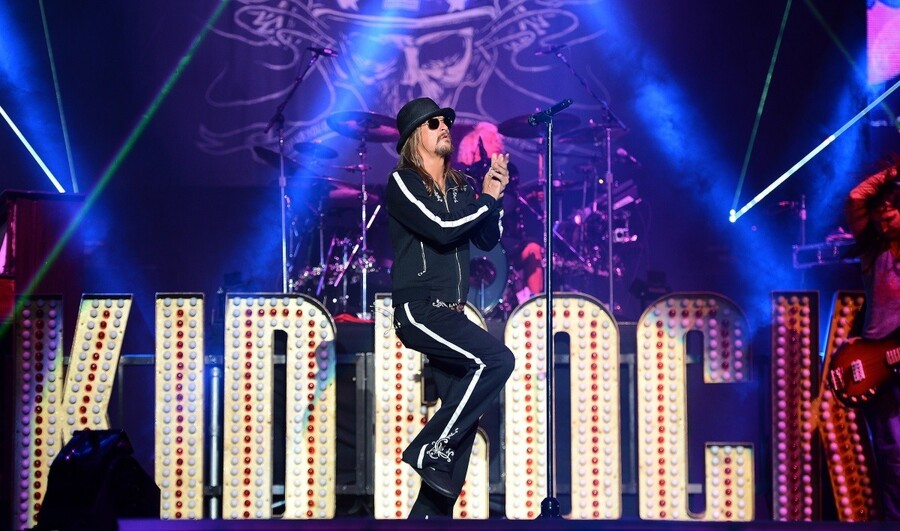 But before we officially declare Kid Rock the Mother Theresa of live music, let's take a look at how this unconventional method of selling tickets sell proves profitable. See, Kid Rock has cut a deal with the venues in which he also gets a cut of all the beer sold at the venue during his shows. If tickets are cheaper, the thinking goes, people are going to say "Damn, I have a ton of money I can spend on beer now!" And as we all know, cheap beer only leads to one thing: more beer. And Kid Rock fans have a reputation for drinking everything in sight: "When we sell out venues, we shatter records. I don't think it would be too much of a surprise to the general public that my fans drink tons of beer," Rock said.

So did the pseudo-populist pricing policy work? According to Jared Smith of Ticketmaster, there's actually a pretty weird way to tell: if the show doesn't quite sell out, it's a success! 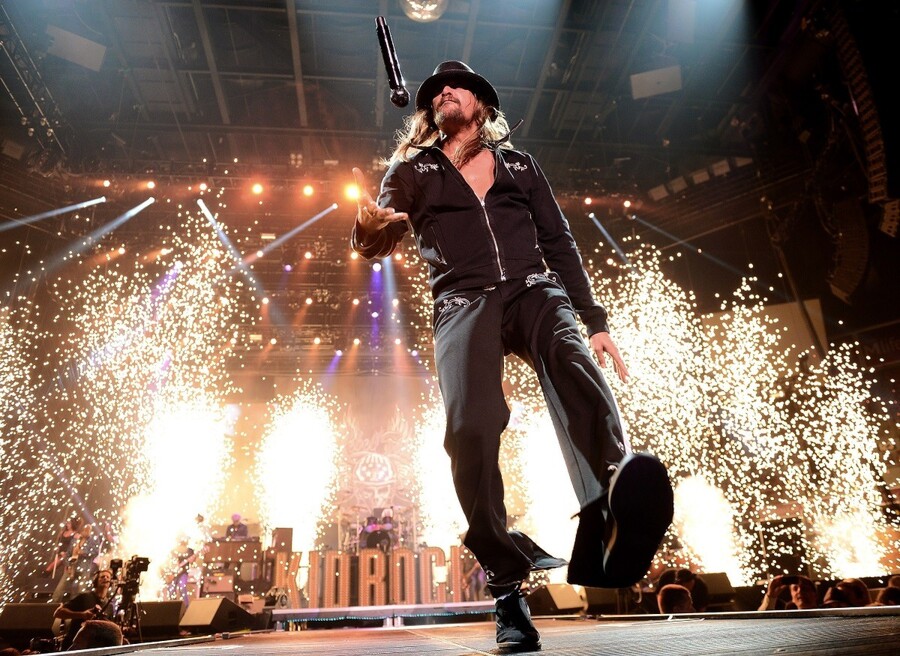 "If you underprice all your inventory at the time the tickets go on sale, there is a huge incentive for other people, who are buying with the intention to resell, to gobble up as many as they can as quickly as they can, " said Smith. "If you get closer to market-based pricing, it slows down that incentive… I think the fact there are still a few tickets out there in some premium places is indicative … that we are closer to market-based pricing."

So Kid Rock continues to pull in big bucks, fans seem pretty stoked (and wasted), but there's still some speculation that the scalper-scraping method is actually born of desperation. I mean, the dude hasn't had a big hit in quite some time, he ain't exactly hip anymore. Is this whole thing just a publicity ploy to fill venues? Glenn Lehrman, of StubHub, points out that "outside Detroit there is very little demand to see him." He adds, "My gut is the $20 price point is more reflective of demand (or lack thereof) than of Kid Rock's benevolence."

Regardless of its authenticity, the plan worked, and Kid Rock hasn't jumped off his soapbox quite yet. "I'm still painting Ticketmaster as the bad guys. I'm not over that hump yet, because they put a $5 service charge on my tickets," he jabs. "That's 25% of the ticket price. There's nothing wrong with making shit tons of money, but you don't have to fuck people over to do it."