Meet Theo Kalomirakis: The Man With the $300,000 Movie Collection

By Joseph Gibson on August 21, 2015 in Articles › Entertainment

With Netflix and other streaming outlets having taken over a big chunk of what used to be the home video market, the art of the respectable DVD collection isn't as important as it once was. But there are some people out there continuing to soldier on – acquiring DVDs and Blu-rays – and in this pursuit, there is no one more diligent than Mr. Theo Kalomirakis.

Kalomirakis is, fittingly enough, in the home theater business. And I don't just mean typical entertainment system setups, but "residential theaters" that are akin to having a movie theater in your house. Since he obviously hooked himself up with a primo home theater, it's only reasonable that he have a movie collection to best enjoy it – and at his most recent public guess, his collection consisted of somewhere in the neighborhood of 15,000 titles. His collection was recently the subject of a Forbes video profile, in which he claims that the only other person with a collection to rival his (at least in terms of quantity) would be famed filmmaker and film historian Martin Scorsese. 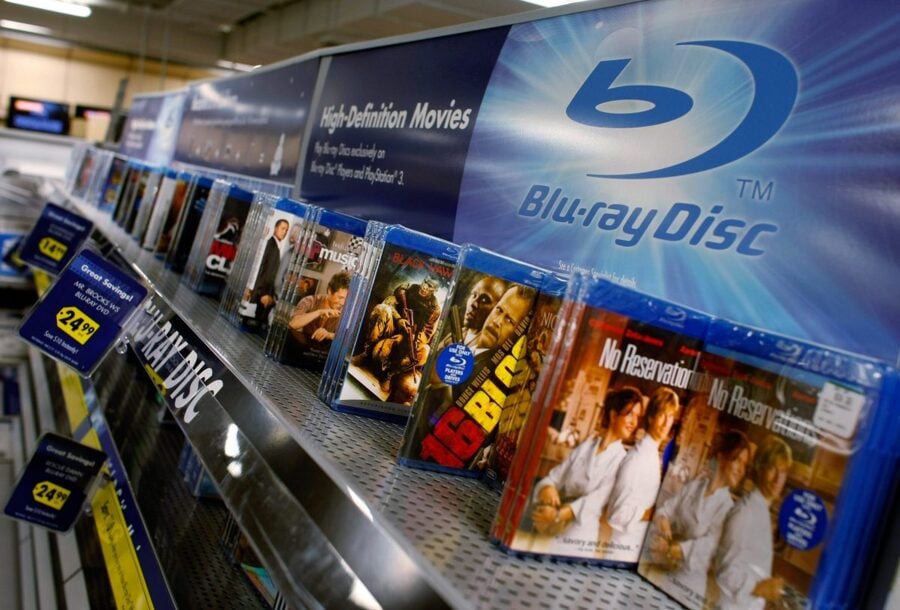 He's evidently not much of a bargain hunter either, since Kalomirakis estimates the collection has cost him $300,000 to acquire – roughly twenty bucks per movie if his figures are correct. And as any collector knows, the pleasure of having such a collection goes beyond any practical use one might have for it, but even an obsessive DVD collector might balk at Theo's claim to have only watched "200 or so" of the films he owns. Evidence of this can be found in the collection's dusty LaserDisc section; Kalomirakis says that he only replaces a LaserDisc if it's something he might watch again, but if a LaserDisc title doesn't have any real interest for him beyond occupying a space in his collection, there it stays.

The collection alone is impressive, but if you're wondering how Kalomirakis manages to store so many movies, the video covers that as well. The key seems to be vertical expansion, with many of the alphabetically-organized films available only by ladder – so if you want to watch Olivier's Hamlet, you have to do some climbing. One question I had after watching the video is whether Kalomirakis' urge to collect extends beyond film – does he have any TV show DVD collections, for instance? Or books, records, CDs, cassettes, stuff like that? The video doesn't cover it, and given his home movie theater specialty, it's probably safe to assume his collecting mania is focused mainly on feature films, though he does say in the video that his graphic design background helps him to appreciate things like cover art and packaging as well.

Depending on what kind of person you are, the whole thing is enough to make you either, A: Shake your head in disbelief at why anyone would want to own so many pieces of plastic, or B: Wish you could afford a collection even half as thorough. Or if you're like me, a little bit of both reactions might be called for. You can watch the video for yourself below:

Now there is a man who never has to wait for a movie to finish buffering.