Meet The Serruya Family: The Yogurt Kings Of Canada

Michael and Aaron Serruya made their fortune in frozen yogurt in Canada. They founded the chain Yogen Früz in the mid-1980s after an ill-fated trip to TCBY's Arkansas based headquarters. The brothers, who were in their 20s at the time, wanted to be the Canadian franchisees for TCBY. However, TCBY wasn't ready to expand to the Great White North. Now, several decades later, the brothers, now 51 and 49, have sold their food service brands conglomerate Kahala Brands, best known as the parent company of Cold Stone Creamery, for $320 million in cash and stock.

Michael and Aaron Surruya's family immigrated to Canada from Morocco in the 1960s. In the mid-1980s, when Michael was 20 and Aaron was 18, the two wanted to capitalize on the frozen yogurt boom in the United States. Canada didn't have outposts like TCBY and I Can't Believe It's Yogurt. When they were declined, they took action. The Surruya brothers had a head start on Canada and ended up dominating the Canadian frozen yogurt market long before U.S. brands made their move into the country. In fact, by the time TCBY did make a move into Canada, Yogen Früz had about 100 stores in many of the best locations. 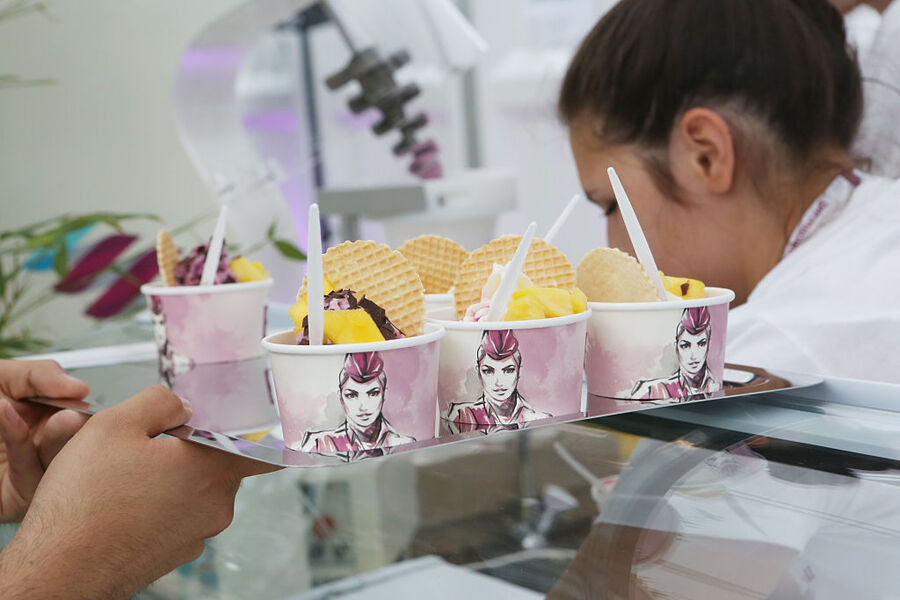 Yogen Früz kept expanding. In 1995, the brothers raised $30 million when they took their yogurt company public on the Toronto Stock Exchange. This infusion of cash allowed them to start acquiring competitors, including I Can't Believe It's Yogurt and Golden Swirl. In 1998, the Surruyas merged their company with Integrated Brands (an American maker of frozen desserts) to become CoolBrands International. At one point CoolBrands dominated North America. However, over the years, the brands died off and the company's assets were sold off in 2010.

But Michael and Aaron Surruya had their eye on another company. They had been following the fate of Arizona-based Kahala. When the company went to auction in 2013, they jumped on it. Kahala was a smoothie and juice bar founded in 1981. The company had expanded rapidly and haphazardly, acquiring sub chain Blimpie in 2006 and merging with Cold Stone Creamery in 2007—just as the recession was starting. The new company was enormous with over 4,600 locations and $1.1 billion in sales.

However, it was 2007 and the global financial crisis was beginning. Sales at Cold Stone Creamery plummeted. Competition from the newly formed Pinkberry renewed the frozen yogurt craze, but also bit into Cold Stone's sales. By 2012, industry analysts were calling Cold Stone and Blimpie two of the worst franchises to buy.

So by the time the Surruya brothers took over Kahala it was in bad shape. It was near the top of the list of default rates for SBA loans for its franchisees for the decade ending in 2013. It was no longer a more than $1 billion earner. Revenues were down 45% to $760 million.

Michael Surruya serves as the CEO of Kahala and under his guidance the business has returned to its core fast food focus. He sold off unrelated assets such as hotels and turned the focus back to franchising. He closed unprofitable stores. Cold Stone closed 7% of its locations in 2015 and Blimpie stores closed 36% of its outlets. Today, Kahala has no debt and it has acquired other brands including Pinkberry. This has created a return to profitability for Kahala, which allowed the Surruyas to sell it.

After spending not quite three years turning the company around, in May 2016 the Surruya's sold it to MTY Group. MTY specializes in food court restaurants. The deal will help MTY expand to the U.S. Surruya will be the major shareholder of MTY and continue to work on acquisitions. It is, after all, what he and his brother know how to do.