Meet The Man Who Made $3 Billion Off An iPhone App

By Brian Warner on September 30, 2013 in Articles › Entertainment

There was a time when we seriously debated the idea of creating a CelebrityNetWorth app. We had design and functionality documents drawn up and we even fielded a few bids from developers, but in the end we decided apps aren't a high priority for CNW, right now. One of the main reasons we've stayed away from the app world is that I personally have always believed that apps are a little gimmicky and tend to produce a very low (or non-existent) return on a relatively large investment. How many apps do you still use one month after the initial download? How many have you downloaded, used a few times then forgotten completely? The most famous example that proves apps are gimmicky is Draw Something. In March 2012, Zynga paid $180 million to acquire Draw Something from its creator, OMGPOP. Within less than a year, the game's popularity had faded drastically and Zynga was forced to write off most of the investment and layoff all of OMGPOP's employees.

On the other hand, after reading the story of Japanese entrepreneur Taizo Son, my opinion on apps might need to be revisited. Why is that? It just so happens that over the last 12 months, Taizo Son has seen his net worth increase from $95 million to more than $3 billion all thanks to the success of a single app called Puzzles and Dragons. 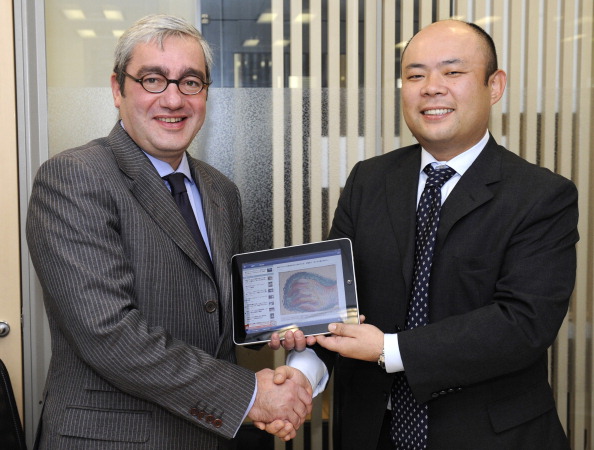 (On The Right) Via Getty

As I type this article, I'm actually sitting in a hotel room in Osaka, Japan so I've been getting some first hand experience with Japanese culture. I've been here for a few days and one of my biggest observations is that the Japanese people absolutely LIVE on their smartphones. Walking, running, sitting, waiting, standing… everyone here is glued to their phones 24 hours a day. I seriously wouldn't be surprised if they slept with their phones in hand. Last night, a guy on a scooter zoomed passed me going at least 30 MPH with his phone held out no more than six inches from his face. Typing away without a care in the world or a helmet on his head. Good luck with that bro.

Anyways, aside from sending what seems like an endless stream of text messages, most of the people I've spied on appear to be playing the exact same game. Finally at dinner last night, I couldn't resist asking the guy next to me what the game was called. As you may have guessed by now, his response was "Puzzles and Dragons". Actually his response sounded more like "Puzzarah ann Dragos". Not trying to be racist, that's just what it sounded like.

Puzzles and Dragons (PAD) was released in February of 2012 by Japanese gaming company GungHO Online Entertainment. GungHO was founded by Taizo Son in 1998 with a loan from his billionaire brother Masayoshi Son. If that name sounds familiar, it's because Masayoshi Son is the guy who lost the most money in human history ($75 billion) after the Dotcom bubble burst. Masayoshi Son is the founder and CEO of technology conglomerate SoftBank and before you go feeling bad from him, after his net worth dropped from $76 billion to $1 billion in less than two years, it eventually rose back up to $13 billion, where it stands today.

For the first 15 years of its life, GungHo was a lower-to-mid level game developer that was mostly known for creating a massive multiplayer online role-playing game (MMORPG), called "Ragnarok" which achieved a modicum of popularity primarily in Korea. To give you some idea of how mediocre GungHo was, less than one year ago the entire company was worth $345 million. At the same time, cross town rival Nintendo was worth $14 billion. Then came Puzzles and Dragons.

PAD is marketed exclusively to Japanese users but can be downloaded from anywhere. The game play is best described as a combination of Bejeweled and Pokemon with a splash of Angry Birds. And if you have no idea what that means (I had to look all of this up), basically you solve puzzles to build up a stable of monsters which can then be used to attack your enemies. The game is free to play, but the paid version allows the user to purchase more stamina, magic stones, pets and extra cool looking monsters that help you get a leg up on your enemies. As crazy as this sounds, people are actually spending real money to buy little virtual goods. A single magic stone costs $1, but if you buy in bulk you get a discount! A pack of 85 stones can by yours for the low low price of $60. This is what the game play looks like: 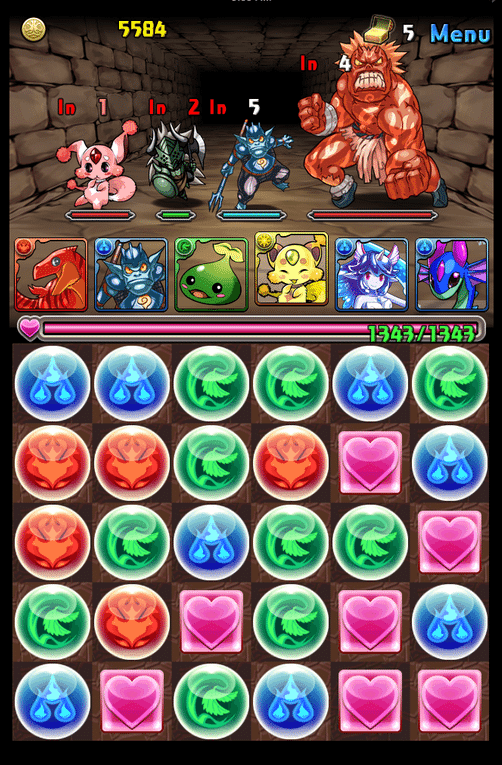 The game was initially released on the iPhone Operating System in February 2012 and then on Android in September 2012. Since being released, 13 million people in Japan alone have downloaded THE PAID VERSION of Puzzles and Dragons. That means 10% of Japan's entire population (which includes infants and the elderly who probably don't own smartphones) have downloaded and spent money on the game.

Considering most Americans reading this have probably never even heard of this game, you might be especially shocked to know that, as of October 1st 2013, Puzzles and Dragons is the best selling mobile game of all time. PAD is the #1 highest selling game for both the Android and iOS platforms. Today, Puzzles and Dragons generates a mind-boggling $2-4 million of revenue EVERY DAY for GungHO. According to their most recent financial disclosure, GungHO's monthly revenue in April 2013 was $118 million, a 1100% increase over April 2012 when the company earned just $10.3 million.

As you can imagine, the extraordinary success of PAD has had an extraordinary impact on GungHO's stock price. In the last 12 months, GungHO's price per share has increased from $30 to $780 (its's actually traded in Yen, but I converted for you). That's a 2500% increase. The stock actually peaked a few months back at $1633 per share before coming down to its current levels. At that peak level, GungHO was worth a staggering $18 billion, $4 billion more than cross town rival, Nintendo (remember one year ago GungHO was worth $345 million). At today's stock price, GungHO's $9 billion market cap is higher than the market caps of Japan Airlines, Nikon, Fujitsu, Mitsubishi Motors and Nikon.

As you can imagine, the extraordinary success of GungHO's stock price has had an extraordinary impact of Taizo Son's net worth. As the owner of 27.8% of GungHO's shares, Taizo Son has seen his net worth increase from $96 million to $3 billion in the last 12 months alone! When the stock peaked at $1633 a few months ago, his shares were worth a little more than $5 billion. Even at today's level, Taizo has skyrocketed up the ranks of the world's richest people. He is currently 10th richest person in Japan.

But as his brother Masayoshi Son proved in the aftermath of the dotcom bubble, fortunes can reverse on a dime. Hopefully Taizo Son is putting some money away in case of a rainy day where Puzzles and Dragons only makes $1 million instead of $4 million!

What app ideas have you had that could be worth billions? Should we make a CelebrityNetWorth app? Let us know in the comments and maybe we'll finally pull the trigger!