By Amy Lamare on January 25, 2020 in Articles › Entertainment

Artyom Mikhaylovich Tarasov was a Russian businessman and political activist. He has the distinction of becoming the first Russian millionaire in 1989, after the fall of communism in the former USSR. And while Russia today is positively teeming with billionaire oligarchs, Tarasov was the first man to make a million in the new economy of Russia. Tarasov was born in Moscow in 1950. His father was a news photographer and his mother was an academic. Tarasov followed in his mother's footsteps in that he got several college degrees, three to be exact: in engineering, computer science, and economic planning. Throughout the 1970s and early 80s he worked as a scientific manager starting out as a junior researcher and rising through the ranks to become the head of his department.

When the fall of Communism happened, Tarasov saw an opportunity in Mikhail Gorbachev's Perestroika policy that was enacted in 1985. Soviet citizens were allowed to open what was called "co-operatives," which were the first private businesses allowed in the USSR since the 1920s. Tarasov opened a co-operative called Progress. It was the 10th such co-operative to be officially registered in Moscow. Tarasov decided to work in an area that the Soviet planned economy couldn't reach – the love lives of its citizens. Progress was a dating agency and it was an immediate hit. People lined up for blocks for the chance to meet the man or woman of their dreams. Unfortunately, within a week Russian officials shut Progress down, calling it "amoral, dangerous to society, and contrary to socialist principles." 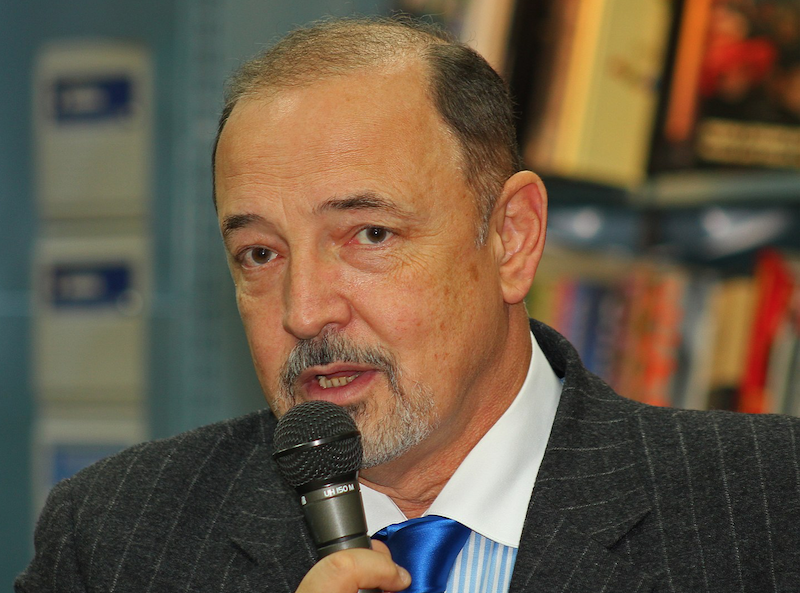 Undeterred, Tarasov befriended the Russian official who closed Progress and opened his next co-operative, Technika. This business started off as a repair service for black market Japanese electronics that couldn't be repaired by official Soviet repair technicians. Within a year, Tarasov was employing more than 1,000 people in a number of offshoot businesses including luxury car rental, the first Soviet private helpline, and villa construction for government officials. However, his real fortune was made importing PCs. The USSR did not make computers and on the black market, PCs cost as much as a car.

Eventually, the Russian government banned co-operatives from doing their transactions in cash. So Tarasov paid himself a large salary, withdrew it from the bank, and went on about his business using the money to keep running his company. In January 1989, Tarasov publicly declared that he was a millionaire. The media couldn't decide if he was a hero or a criminal. Even Gorbachev weighed in and criticized Tarasov. The government confiscated Tarasov's assets and Technika closed down. He sued the government and won, but in typical Russian fashion, he never got his money back.

Still, this didn't keep Tarasov down for long. He founded what is today Russia's most authoritative daily business newspaper, Kommersant, as well as Russia's first independent airline, Transaero. He was also elected to parliament. He got caught up in a scandal with farmers and his company was accused of embezzling funds and cheating farmers out of money, so Tarasov was forced to leave Russia. In 1990, he fled while telling journalists he was about to be arrested under orders from Gorbachev. Some of the charges were eventually dropped while others faced the statute of limitations.

He moved to London and hid out in an apartment, afraid of revenge from both the Russian government and his former business partners. However, a Russian at heart, he could not resist the lure of his homeland and returned to Moscow in 1993. He was elected to parliament for the second time. He tried to run for President in 1996 but failed to get the million signatures his application required. He then fled Russia again due to the former embezzling charges might be re-opened.

From the mid-90s onwards, Tarasov lost ground to the people who stayed in Russia. He kept returning to Russia and trying to run for office. He was not successful with any of his later political ambitions. By the late 2000s, Tarasov spent most of his time at his home in London. In 2005, his book Millionaire, about the rise of Russian oligarchs was published.