Meet The Billionaire Husband And Wife Team Behind Clif Bar

Last year, the husband and wife team behind Clif Bar celebrated the company's 25th anniversary. Gary Erickson and Kit Crawford looked back and realized had they known in the beginning some of the things they know now, they could have saved about $70 million. Clif Bar controls a third of the health bar market and is estimated to hit $6.2 billion in revenue this year. Over the past 10 years, the company has had an 18% compounded growth rate. Clif Bar has been profitable since its third year in business. Kit Crawford and Gary Erickson each have a net worth of $850 million.

In 1990, at the time, Erickson was running a struggling bakery in Emeryville, California. He liked to bake, but had a hard time keeping his bakery afloat. He didn't have a strategic plan beyond working just enough to fund his passions of cycling and climbing. One morning, he and a friend went out on what was planned to be a 125-mile bike ride through the mountains east of San Francisco. That ride ended up being 175 miles long. All Erickson had for fuel was six energy bars. He ate five of them and just could not stomach the thought of the sixth. He was starving, but the bar tasted so bad he couldn't bring himself to eat another. He thought he could solve this problem. He thought he could make a bar that tasted better.

In 1991, Erickson went to work in his mom's kitchen. His mom had taught him how to bake, so working with her well-honed palette made sense to him. He wanted to make an all-natural energy bar with no butter, sugar, or oil. For six months he had his friends taste test his creations. Each new iteration seemed to get farther and farther away from his goal. So, he started over. He took his mom's oatmeal/chocolate chip cookie recipe and used that as the base. His friends loved it. That recipe became the original Clif Bar. A few months later, after a year and a half of trying to create an all-natural energy bar that tasted good, he made his first sale to a bike shop.

Erickson had the energy bar and a company full of potential, but he needed one more thing, a partner who shared his vision and was also business savvy. The person he wanted to team up with professionally and personally was dancer and performance artist Kit Crawford. Her parents had raised her on organic foods and she had a deep understanding of the tie between the earth and the food we eat. Erickson enrolled in dance lessons to get her attention. He became friends with her, but he wanted to be more than that. Unfortunately, at that time Kit Crawford married to someone else. 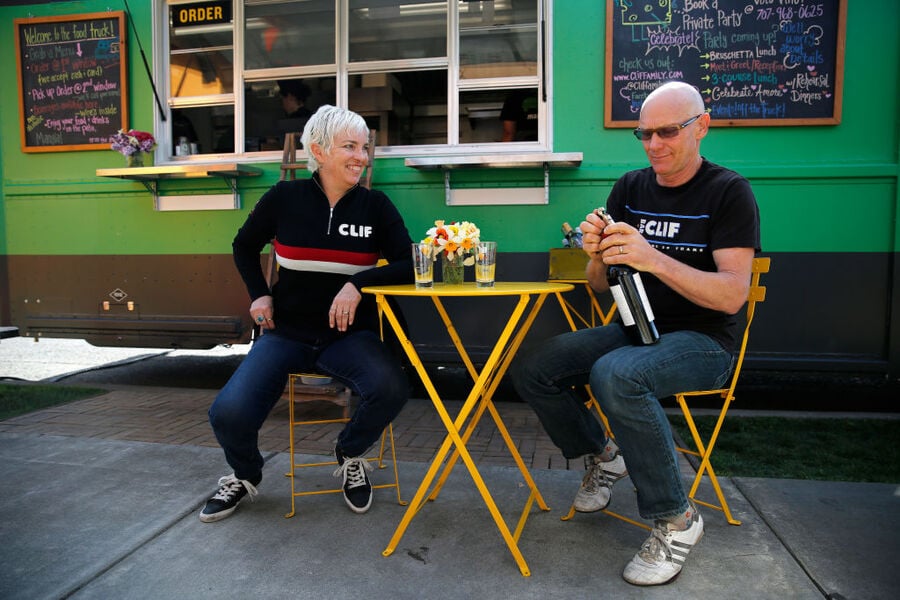 So, Erickson teamed up with Lisa Thomas to build Clif Bar. He split the company 50-50 so that neither of them would have a majority stake. When the company became profitable just three years in, investors and companies came running, looking to acquire them. Erickson was asked what his exit strategy was. He realized he didn't have one. He started Clif Bar thinking he'd run it and not as a small subsidiary of a giant company like Quaker Oats – which offered him $120 million for the company in 2000. At that time, Clif Bar was bringing in $40 million in sales at a profit.

Erickson felt uneasy about that deal. Thomas was excited by it. Erickson agreed to go through with the deal mostly out of a desire not to rock the boat– he thought that's what was expected that of him. Except, he couldn't do it. He backed out of the deal before it closed. That made Thomas want out. She sold her shares in the company for $60 million, half the market value of Clif Bar at the time. It took Erickson a decade to pay that debt off. With interest, he ended up paying Thomas $72 million. That experience taught him that the most important lesson in business is: Don't compromise your vision.

Fourteen years after Erickson founded Clif Bar, Crawford's first marriage was over and she and Erickson fell in love. Together, the couple has turned Clif Bar into the company it is today.

After Thomas left, Crawford joined Clif Bar as co-CEO for six years. Then she became co-chief visionary officer. Prior to this, she had been involved in the company in an informal way.

Erickson was in the right place with the right idea at the right time. Clif Bar has ridden the boom in the energy bar market to become one of the biggest independent players in the industry.