Reality television has made everyone believe that they can become a celebrity overnight, provided they are willing to eat worms naked or marry a virtual stranger on camera. Blogs, especially those devoted to fashion, have become the online answer to reality television. Bloggers who attract followers due to interest in clothing, makeup, shoes, or haircare products, have become a billion dollar advertising vehicle that no one could have predicted. One of the more successful of these fashion bloggers currently, is a 22-year-old New Yorker named Danielle Bernstein. She makes as much as $15,000 per Instagram post and pulls down a six-figure salary without breaking a sweat. Recently, she revealed some of her secrets to blogging success. Grab a pen and paper. With a little knowledge and elbow grease, you just might be able to replicate her fabulous.

Danielle Bernstein is the founder and primary blogger for We Wore What, an Instagram blog that features the model and writer wearing a variety of clothing and accessories, as well as various makeup products. She's always posed casually, lounging around the house, taking a walk around town, or meeting with friends, and each post includes information about how and where to buy her outfit and accessories. She currently has 992,000 followers, and is on track to reach a million by the end of May 2015. Once she reaches a million followers, she will have the ability to demand even more money from potential advertisers. 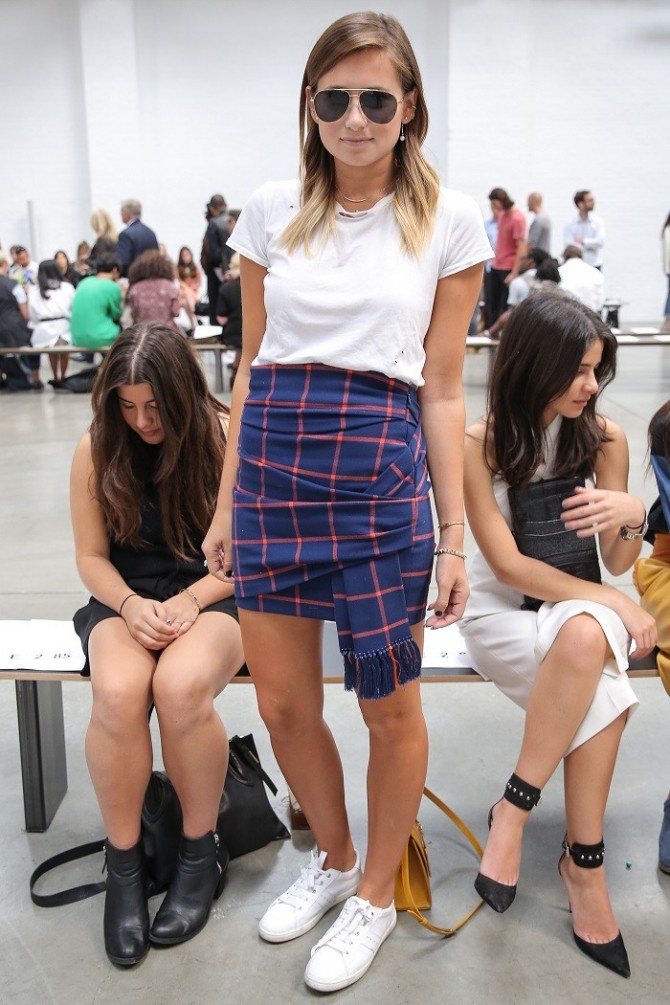 In the world of blogging, monetizing successfully is still a bit of a mess. There is no hard and fast rule as to what works and what doesn't, but Danielle Bernstein seems to have hit a bit of a "sweet spot". We Wore What began as a street style blog, and grew into a personal style blog. Danielle describes the site as a place to "highlight my everyday outfits as well as my experience in this city that never sleeps (sometimes I don't sleep with it). What should be the easiest part of everyone's day (getting dressing the morning) is sometimes the hardest – and that's why I blog. Enjoy!" That "homey" invitation to hang out on her blog has resulted in nearly a million followers, and her casual photos, which do indeed seem like real snapshots of her daily life, make it easy to aspire to her level of fashion consciousness.

However, the blog is still a business, and Danielle has managed to leverage it into a major one. She works with an agent, and occasionally on her own, to broker advertising deals with major brands. The clothing, shoes, sunglasses, and even the foundation she sports in many of her photos, are sponsored products. She not only agrees to wear particular brands, she often makes agreements to only show particular brands for a certain number of weeks, or promises to keep particular brands separate from each other in posts. Depending upon how elaborate the agreement is, a single photo on Instagram can fetch her as much as $15,000. Her current minimum is $5,000. Bloggers with over 100,000 followers can expect to earn anywhere from $500 to $5,000 per post. Pricing varies wildly depending on the blog content, the type of follower, and often, the power of the blogger's agent.

Bernstein and her agent have managed to broker exclusive deals with major brands like Lancome and Virgin Hotels. In 2014, she featured Lancome's new foundation, Miracle Cushion, on her blog, and appeared in seemingly casual photos at the opening of Virgin Hotel's new hotel in Chicago. She has also created sponsored content for Project Runway, made up of photos of her "casually" watching the show on her living room couch. Instagram has even gotten in on the action, and co-founder Thomas Rankin recently launched a program called Dash Hudson, that turns Instagram posts into direct shopping links.

If the popularity of Danielle Bernstein's blog continues to rise, she could become one of the small number of elite bloggers who command anywhere from $20,000 to $100,000 for a single post. These bloggers have 6 million followers or more. For advertisers, it's a way to reach consumers in a more immediate and direct way than standard television or print ads. For successful bloggers, it's money in the bank and the chance for increased online status. It seems like a win-win for everyone, but the jury is still out as to how much of an increase in sales all this blog-based advertising is really creating. In the meantime, brands keep spending, and bloggers like Danielle Bernstein keep profiting. So, get blogging. With a little luck, and the right audience, you could be making six figures, too.