Taylor Rosenthal is making waves in the tech space and for a good reason! The 14-year-old entrepreneur recently turned down a $30 million offer to buy his startup RecMed. It turns out, Taylor has a number in mind and $30 million wasn't quite enough!

Rosenthal came up with the idea for RecMed, which is a vending machine that dispenses first aid materials such as Band-Aids, hydrocortisone pads, and gauze, when he was in eighth grade in Opelika, Alabama. At the time, he was one of 19 students selected to take part in a Young Entrepreneurs Academy class. Students had to come up with a business idea as part of the class. Rosenthal, who plays for his high school baseball team, thought of how when he travels for baseball there are always parents who can't find a Band-Aid. He set out to solve that problem.

At first he thought that pop up shops at baseball tournaments selling first aid supplies was the way to go. He quickly discovered that it would cost too much to pay people minimum wage to sit around for six hours. That's when the idea for the vending machine struck him. Rosenthal sketched a design and took it to his parents. Both of Rosenthal's parents work in the medical industry. By December 2014, Rosenthal had not only a working prototype, but he had also secured a patent for his invention. 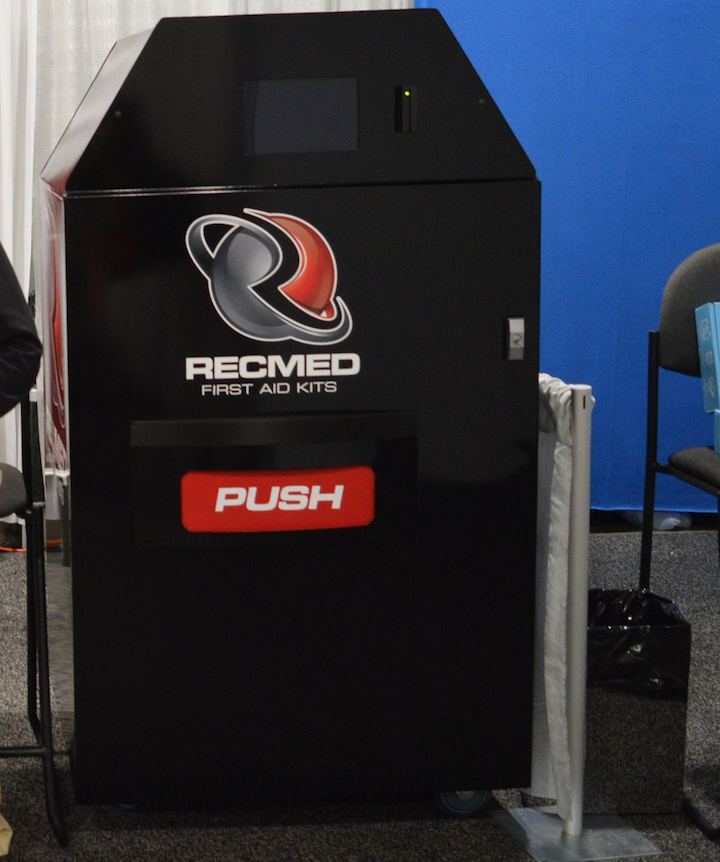 RecMed offers two options of prepackaged first aid kits for dealing with cuts, blisters, sunburns, and bee stings (to name just a handful). The first aid kits cost from $5.99 to $15.95. People can also buy individual supplies such as Band-Aids, gauze pads, hydrocortisone wipes, and rubber gloves from RecMed for $6 to $20.

Rosenthal has it all figured out. RecMed will make money by selling the machines. They cost $5,500, plus restocking fees. Six Flags amusement parks has already placed an order for 100 machines.

As for that $30 million buyout offer, Rosenthal turned it down because he just didn't feel like the deal or the time was right. He wanted to continue to develop his company. He cannot disclose who offered him $30 million due to a non-disclosure agreements.

Rosenthal does have a number in mind for an eventual RecMed buyer. He would sell his startup for $50 million and then buy a Bentley and hire someone to drive him around. He is only 14 years,old after all, and he doesn't even have his learner's permit yet.