Meet The Teenager Who Made A Million Making Socks

Most 17-year-olds are concerned about getting into college, getting a date to prom, or finagling the car keys from their parents for the weekend. Brennan Agranoff is not your typical 17-year-old. Brennan balances school with a full time job he's had since he was 13-years-old. He is the founder and CEO of HoopSwagg. Never heard of it? It is a custom socks startup. That's right, socks.

This isn't a side project for some pocket change for Brennan. Over the past four years, he's taken his idea to make athletic socks with custom designs on them and turned it into a profitable online business with annual sales that top $1 million.

Brennan was at a high school basketball game in 2013 when he got his big idea. He happened to notice that most kids were wearing the same plain, solid colored, athletic socks made by Nike. He thought – well if these boring socks were so popular that everyone was wearing them, what would happen if the sock had cool patterns and designs on them? 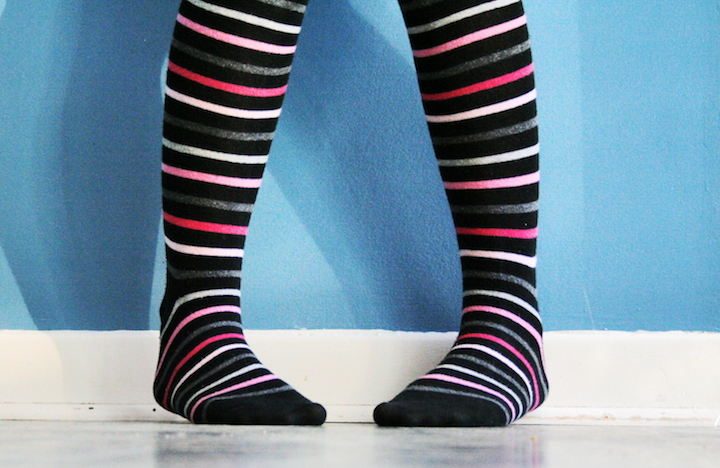 Today, HoopSwagg sells more than 200 original designs created by Brennan. They range from goofy to funky. You can get socks emblazoned with melting ice cream cones or the pattern of the infamous carpeting in the Portland airport. In the future, he plans to offer customers the ability to design their own prints.

HoopSwagg ships 70 to 100 orders of $14.99 socks everyday. But that's not all. The teenage entrepreneur bought competitor TheSockGame.com. That acquisition adds more than 300 new designs to HoopSwagg's portfolio as well as expands their customer base.

It has taken four years to get to this point. When Brennan first got the idea for his sock company, he spent six months looking into the types of machinery and technology he'd need to print custom designs on fabric. He then pitched the idea to two potential investors: his parents. They didn't totally get it, but Brennan kept explaining and eventually they loaned their son $3,000 to start his business.

Brennan launched HoopSwagg from the garage of his family's suburban Portland, Oregon home. His family helped him set up the heat presser machines and design printing. He sent his parents to buy as many white athletic socks as they could from a local retailer.

At first, things were slow. Then the socks gained some traction on social media and things picked up. Brennan used people he knew or had access to that were social influencers to spread the word about his socks. It ended up being the sock designed to look like the Portland airport's iconic carpeting that went viral.

Sales soared and HoopSwagg quickly outgrew the garage. Brennan's parents built a 1,5000 square foot building on their property to house production, shipping, and warehousing for HoopSwagg. Brennan's mother joined the business full time. and he hired 17 part time employees. He also taught himself how to code so he could manage the company's website. He is HoopSwagg's only graphic designer, which is pretty remarkable. Brennan is colorblind.

Brennan's socks are sold through the HoopSwagg website, Amazon, eBay, and Etsy. He has big plans for the next three years. He'd like to see his socks in retail stores. He'd like to expand into ties, shoelaces, and arm sleeves.

High school graduation is just around the corner for Brennan—six months ahead of the rest of his class. He plans to go to college—just not right away. After graduation he wants to focus on HoopSwagg fulltime. Up until now he's gone to school for a full day, done his homework, and then put in another six hours a day on his business.

Brennan Agranoff has a head start on the young entrepreneurs of his generation. After all, not many teenagers can say they founded a million dollar business before graduating from high school.