One afternoon in 2001, Shaun Attwood was trading on the stock market online at his girlfriend's place in Arizona, when he felt a sudden sense of relief. He'd gotten away with it. He really had.

Attwood had been the leader and mastermind behind an international drug smuggling operation that had brought the ecstasy-filled rave scene of Europe to Arizona in the mid to late 90s. Attwood was grateful to his then girlfriend, Claudia, for convincing him to give up the drug dealing. He had dodged a bullet. Or so he thought.

On May 16, 2002, Shaun Attwood was arrested. He was charged with conspiracy on a number of drug violations. He spent two years in the dangerously notorious Maricopa County Jail – a facility with the highest death rate in America at the time. After those two years, he was moved to the Arizona Department of Corrections to finish out his nine year sentence.

What drove an English millionaire stock broker to risk his fortune, freedom, and family to sell class-A drugs in a foreign country on an epic scale?

Shaun Attwood grew up in Widnes in northwest England. It is a small chemical manufacturing town. By all accounts, he had a normal, average, loving family and life. From an early age, Attwood was interested in economics. His favorite reading in his youth was the Financial Times. Attwood made his first stock market investment when he was 16 years old.

Attwood took a fateful trip to Arizona while in his teens to visit his aunts. The moment the young Englishman stepped off the plane, he was hooked by the sunlight, swimming pools, palm trees, and huge houses. He was sure this was the promised land and he vowed to return to live there someday.

Back home, Attwood sailed through the end of high school and went to the University of Liverpool to study Business. He commuted to college from home rather than going to live in the dorms. 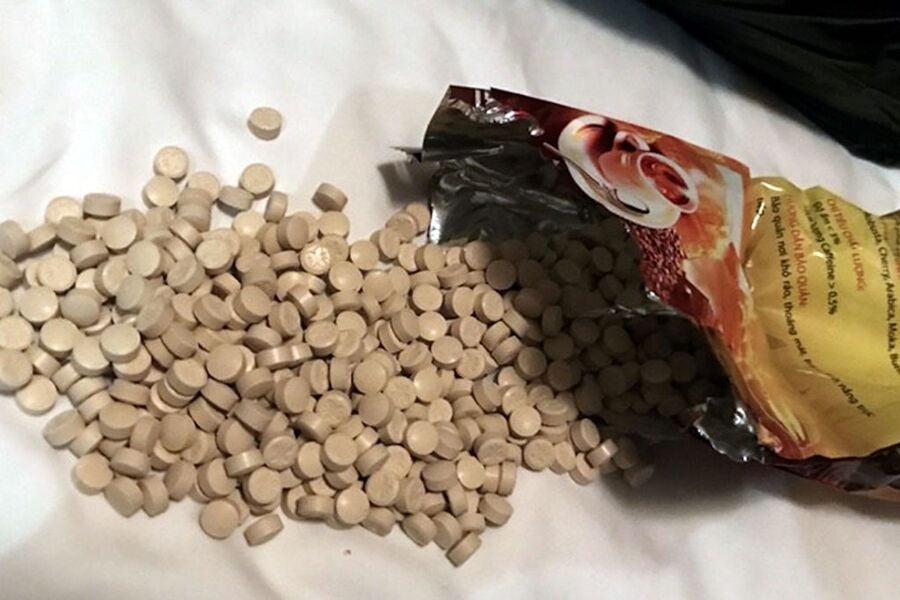 During his senior year in college, a friend from his economics class invited Attwood to a party in Manchester. The party was part of a new scene sweeping the UK called a rave. Attwood tried ecstasy and speed for the first time at that party. He had the time of his life and started attending illegal raves every weekend until graduation.

Attwood graduated in 1990 and moved to Arizona. There was only one problem: he didn't have a permit to work in the U.S. One of his aunts helped him out by making a convincing fake H-1B work visa. Armed with his fake documentation, Attwood got a job as a stockbroker. For six years or so he was successful and earning hundreds of thousands of dollars a year.

On weekends, Attwood threw parties at his apartment. He bought ecstasy pills from a local dealer and gave them away to friends. He wanted to recreate the UK's rave scene in Arizona.

In 1997, Attwood quit his stock broker job and invested his savings into technology stocks. This was the height of the original dot-com bubble and he soon had a portfolio worth $2 million.

Attwood had nothing but time and money on his hands at this point in his life and he used both to throw larger and larger parties. Larger parties meant he needed bigger quantities of ecstasy. The local dealers could not meet his needs, so he drove to L.A. to see what he could get from a more connected dealer. He came back with 1,000 pills. He sold most of those pills for a profit. He paid $10 for them and sold them for $25-30. His friends still got freebies.

Attwood spent the next few years building his drug business with ecstasy from Los Angeles. He ordered 1,000 at a time at first and soon upped that order to 5,000. He hired a team of people. He gave them cars and apartments.

Soon, Attwood wanted to go beyond L.A.'s dealers. He wanted to know where the guys he got his pills from got their pills. It turns out, the L.A. dealers got their pills from Holland. Now remember, Attwood had a fake work visa, so he could not leave the country. He was not to be deterred and sent some of his men to Holland. He liked the samples they brought back and began devising ways to import the ecstasy from Holland to Arizona. His mules started out smuggling 5,000 pills at a time but it soon went up to 40,000 pills. Attwood was doing booming business in Arizona.

He even unwittingly gained the protection of a local gang called the New Mexican Mafia. Attwood was having a house party. The guests were mainly ASU students. One guy stood out like a sore thumb. He was a heavily tattooed Mexican man. He was there selling weed, cocaine, and crystal meth. Attwood introduced himself. The man's name was G-Dog. As they spoke, police arrived to break up the party. They smelled weed and the police pulled out guns and pointed it at the party guests. The crowd scattered in an instant.

Attwood and his friends hid in another apartment in the complex, terrified that the police would find them and their huge stash of ecstasy. G-dog made his way to the apartment and hid with Attwood and his friends. They hid all night long. The next day, Attwood drove G-dog to his house. When he dropped him off G-dog thanked Attwood for having his back and let him know he had his as well and his whole gang would also protect him. Years later in prison, Attwood found out that G-dog was part of one of Arizona's most violent gangs.

Attwood began to get cocky. He didn't think he'd ever get caught. He was too smart and too many steps ahead of the law.

Then Attwood fell in love. It was 2001 and his then girlfriend Claudia convinced him to go clean for her. He began trading stocks again and breathed that sigh of relief, thinking he got away with it. After all, Attwood had never been caught with drugs in his possession. He thought that was the only way he could be arrested. But in Arizona, if you have committed any drug related crime, the police have seven years to convict you and there is no requirement that you be caught with the drugs.

As it turned out, Attwood had been on the police's radar for years. They had tapped his phone and been out gathering witness statements. All of this led to his 2002 arrest for conspiracy related to the drug crimes.

Attwood was held at Maricopa County Jail prior to trial. That particular jail, as mentioned earlier, had the highest rate of death in America. Gang members murdered other gang members. Guards were murdering prisoners. Prisoners were committing suicide. Because of this and his fear that he would not make it out of that jail alive, Attwood signed a plea bargain and was moved to the Arizona Department of Corrections.

Attwood's parents came to visit him in Arizona one Christmas. His violent cellmate arranged for an enormous biker to beat him up on his way to the visitor's room. His back and kidneys were badly damaged. However, he did get a new, less violent, cellmate as a result of this incident.

Attwood began to write an anonymous blog, Jon's Jail Journal. His entries told of the riots, rapes, and stabbings that occurred regularly in the jail. He gave his entries to his visitors so that they could publish them. The blog got national media attention.

Attwood was released from prison in 2007. He moved back to England and into his parents' house, which he had not been to since he moved to Arizona in 1991. In an attempt to socialize, he found himself in pubs in Widnes. Cocaine was everywhere. He started receiving phone calls from people he met in prison trying to get him to set up a cocaine import business.

Attwood refused. This time he really was going legit. He was not going to let his parents down again.

Since getting out of prison, Attwood has written and published four books. Three are about his rise as a drug dealer and his time in prison. One is a self-help book. He is planning to write a book about the famous drug kingpin Pablo Escobar.

Attwood also tours schools in the UK talking to kids about the risks involved with illegal drugs.

Shaun Attwood is banned from the United States for life.