By Amy Lamare on October 7, 2017 in Articles › Entertainment

Shark Tank has gone out and gotten itself a new investor. Rohan Oza is a branding specialist whom the Hollywood Reporter called Hollywood's "brandfather" in 2015. He calls himself a brand messiah. He is known for bringing celebrities and brands together in high profile deals. He has made millions turning food and beverage brands into household names. He's the man behind the success of Vitamin Water, Pop Chips, and Vita Coco. How did Rohan Oza go from almost getting fired at Coca-Cola to one of the most successful marketing executives in the U.S.?

After Oza graduated from Nottingham University, he got a job in an M&M factory in the U.K. He was on the manufacturing side but really wanted to get into marketing. His boss didn't think he had the skills to be in marketing so he left M&M, moved to Michigan, and enrolled in the University of Michigan's MBA program. It was part of his master plan to work with the most iconic brands—most of which were American at the time. 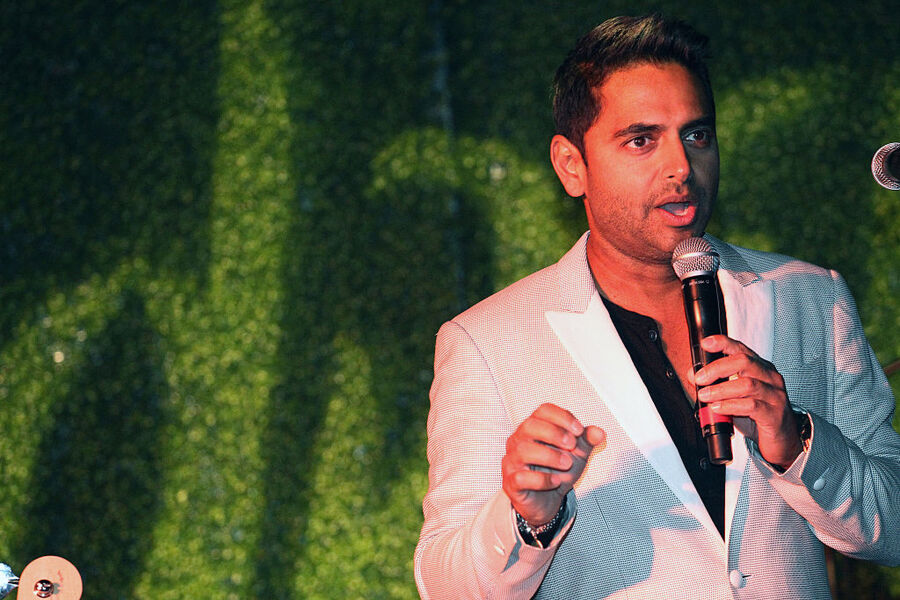 Armed with his MBA, Oza got a job at Coca-Cola where he was part of the team that turned Sprite into one of the hippest brands in America. It was Oza's idea to build a relationship between Sprite, hip hop artists and the NBA. After his success on Sprite he was moved to the Powerade brand and found that it was hard to make a big impact on other brands due to the corporate culture. Basically, Oza found that Coca-Cola was really good at growing existing brands but not at creating them from scratch. He quit his job at Coca-Cola before they could fire him.

Oza made a fortune off the Vitamin Water sale and decided to become a venture capitalist and work with products he connected with. One of those products he saw incredible potential was the sparkling, antioxidant drink Bai. He brought in Justin Timberlake as an investor and partner. Last year, the Dr. Pepper Snapple Group bought Bai Brands for $1.7 billion.

Oza created a niche for himself working with startup brands that the big companies like Coca-Cola and Pepsi end up buying.

Rohan Oza has also proven to be a natural at pairing celebrities with brands. He brought the fitness minded 50 Cent to Vitamin Water, matched Rhianna with Vita Coco, Justin Timberlake and Christopher Walken with Bai, and Jennifer Aniston with Smartwater. Oh, and by the way, Aniston has been representing Smartwater for 13 years.

Now, Rohan Oza is bringing his branding experience to "Shark Tank" as a guest shark. He brings expertise in food and beverage to the team of sharks, an area he feels is underserved. It is a trillion dollar industry that Oza feels is ripe for disruption because millennials all want food and drinks that are better for them.

Oza does have advice for entrepreneurs. "Be your brand. Don't market it – live your brand." He also said, "have an original idea and bring passion and energy to all those around you."