Meet Mikaila Ulmer: The 11-Year-Old Who Made A Sweet $11 Million Deal With Whole Foods

Mikaila Ulmer made a sweet deal that will set her up for life and go a long way towards saving the environment, as well! The 11-year-old from Austin, Texas made an $11 million deal with Whole Foods to sell her BeeSweet Lemonade in 55 regional stores in Texas, Oklahoma, Arkansas, and Louisiana. If the young entrepreneur's lemonade sells well in these stores, Whole Foods will offer it in stores nationwide.

The 6th grader got her start the way many young people do – with a lemonade stand. She's been able to turn her Me & The Bees lemonade stand into a successful and sustainable business. Mikaila's lemonade recipe contains mint, flaxseed, lemons, and honey. It is her great-grandmother Helen's recipe. Mikaila donates part of her revenues to bee rescue foundations. BeeSweet lemonade supports the  Sustainable Food Center, Texas Beekeepers Association, and Heifer International. 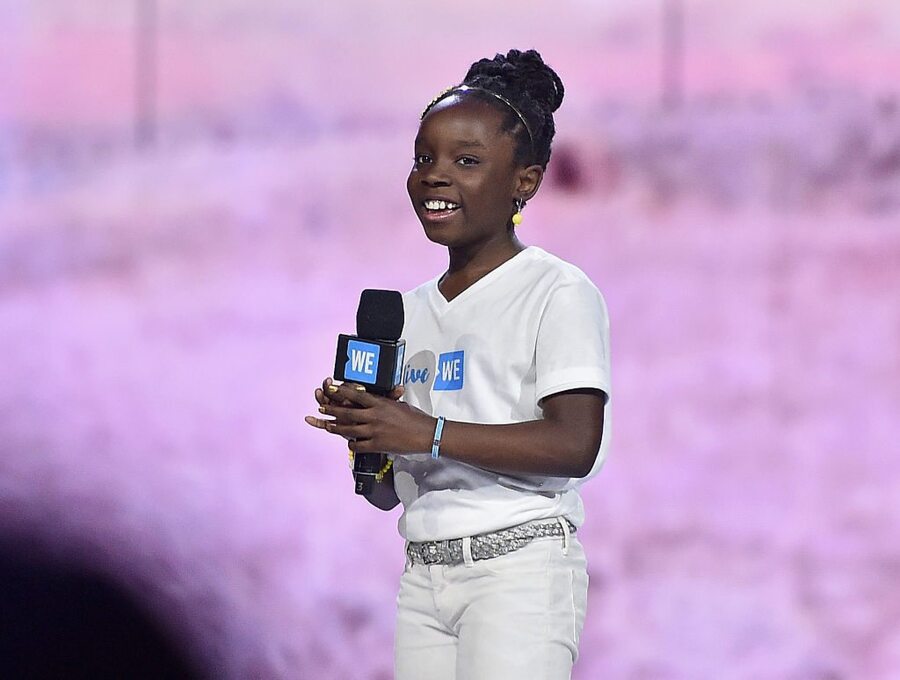 Clearly, Mikaila is not your average 6th grader. When Mikaila was four years old, she developed a fear of bees after being stung twice. To help her get over her fear of bees, Mikaila's mother D'Andra encouraged her to learn more about bees. When young Mikaila discovered that bees were in danger of becoming extinct, she came up with the plan to sell her great-grandma's honey sweetened lemonade to make money to help the bees survive.

Mikaila started her lemonade business in 2009. By using honey rather than sugar to sweeten her lemonade, her sweet drink is healthier, saves the bees, and helps the beekeepers survive. The savvy middle schooler appeared with her father Theo on ABC's Shark Tank in 2015, where she secured a deal with Shark Daymond John for $60,000. She has also served her lemonade to President Barack Obama.

In an interview with NBC, Mikaila said, "Bees are dying. Last year beekeepers lost 40% of all their hives." She then quoted Albert Einstein: "If the bee disappeared off the surface of the globe, then man would only have four years of life left."

These days, Mikaila leads workshops on how to save the honeybees.

Look out for this kid, world! She's going to do big things and she sure won't have to worry about heavy college student loan debt!