By Brian Warner on September 3, 2013 in Articles › Entertainment

A few years ago, the IRS decided it would be a great idea to issue my $3000 tax refund on the exact same day that I happened to be driving to Las Vegas for a friend's birthday. I literally found out about the direct deposit as I was on interstate 15, roughly halfway between Los Angeles and Las Vegas. My first reaction was to just pretend the money didn't exist all weekend. That lasted until right around 1:30 am the first night. And, not surprisingly, by the end of the weekend, I had blown through the entire refund. I was depressed about it for weeks and the experience made me sort of hate Vegas ever since. So I can only imagine what it must feel like to gamble away tens of thousands, or even a hundred thousand dollars in Vegas. Or millions. Or tens of millions… Or how about $125 million? Sounds impossible right? Believe it or not, that's exactly what Chinese-Mexican meth-chemical kingpin Zhenli Ye Gon managed to do between 2004 and 2007. His story will absolutely blow your mind…

If the name Zhenli Ye Gon sounds familiar, it's because he is the same Chinese-Mexican drug kingpin from this story: Largest Drug Cash Seizure of All Time. If you don't recall that story, back in 2007 Mexican drug agents and American DEA raided an unassuming house in the suburbs of Mexico City after receiving a tip about suspicious activity from an informant. After securing the property, the agents proceeded to check the residence room by room. Low and behold, when they opened the door to a back bedroom, agents were shocked to discover a mountain of neatly stacked money three feet high and six feet wide. In total, the mountain was made up of $207 million in mostly US hundred dollar bills. It was the largest amount of drug money ever discovered in history.

That house was owned by a businessman named Zhenli Ye Gon. Zhenli Ye Gon moved from Shanghai to Mexico in 1996 to work in the import/export business. By 2002, he was running a supposedly legitimate chemical importing company called Unimed Pharm Chem. Somewhere along the way, Mr. Ye Gon allegedly began re-directing a portion of his imports from legitimate businesses to the Sinola drug cartel. The cartel then used these precursor chemicals to manufacture massive quantities of crystal meth which were then shipped to the US. 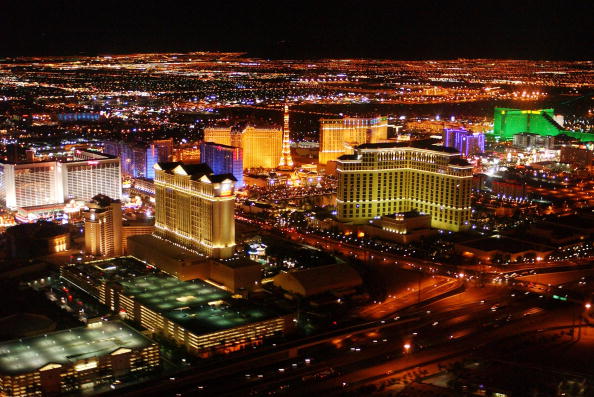 Zhenli Ye Gon was actually not at the house when the raid went down and when he found out what happened he fled north, to The United States, of all places. When he reached the US, Zhenli claimed he was forced to hold on to the $207 million by a Cabinet member of Mexico's then President Filipe Calderon. Zhenli admitted that the money was from the Sinola cartel and further claimed it was to be used in Calderon's upcoming re-election campaign. Oh, and he also admitted that the total amount of dirty money he was "forced" to babysit was actually closer to $350 million.

Zhenli Ye Gon was indicted in The United States in 2007, but after a series of witnesses recanted or coincidentally turned up dead, the case was eventually dismissed. However, he is still fighting the government to not be extradited to Mexico where drug trafficking laws are slightly looser.

So how does this saga connect back to Las Vegas? Earlier this week, The Las Vegas Sands corporation was fined $47.4 million by the US Attorney's office for failing to alert authorities to Zhenli Ye Gon's very suspicious gambling activities. It turns out that between 2004 and the raid in Mexico in 2007, Zhenli gambled away just over $125 million in cash mainly at The Venetian (which is owned by Las Vegas Sands corp). Every casino is obligated to alert American authorities to any suspicious transactions that may involve illicit money.

Between 2006 and 2007 alone, Zhenli transferred $45 million in cash to the Venetian from various banks and money exchanges located around Mexico. He proceeded to not only blow the entire $45 million, but an additional $35 million he received on credit from the casino. For a while, Zhenli was by far and away the largest all-cash-upfront gambler in the history of Las Vegas and thanks to these unprecedented losses, the casinos treated him like a God. The casinos showered him with comped rooms, private jets, meals, cars, girls… we're talking comps that are beyond mortal imagination. In total, Zhenli lost $85 million at the Venetian and another $40 million at a small handful of nearby casinos.

For a while, this was a great deal for the casinos. They were making money hand over fist off one of the biggest whales in gambling history. Unfortunately, after the raid in Mexico city, not only did the money stop flowing but Zhenli refused to pay back the $35 million marker he had been given. To make matters worse, earlier this week the US government fined the Las Vegas Sands $47.4 million for not reporting Zhenli's suspicious transactions. That effectively means the Venetian actually lost $37.5 million as a result of Zhenli Ye Gon. And while that may not seem like a lot to a massive casino corporation, the losses were actually a large enough to wipe out all executive bonuses at the Venetian for 2007. The losses and fines were so large that they caused shares in Las Vegas Sands to plummet. The company's CFO even had to address the Zhenli Ye Gon incident specifically during a quarterly conference call with investors.

Throughout it all, Zhenli has maintained his innocence. Which is particularly crazy when you consider that he doesn't dispute the allegation that he earned $350 million over a three year period while running Unimed. He also does not dispute that he gambled away $125 million in Las Vegas. As of September 2013, he is still fighting extradition to Mexico. No word on whether or not he's allowed to show his face at any casino on the planet ever again.