Meet The Man Who Lost $200 Million Gambling In Vegas… IN ONE YEAR!

Las Vegas has a name for big time, big money gamblers. They are called whales and they are the lifeblood of every casino on the Strip. When a whale lands in your casino and starts betting tens of thousands (or more!) dollars at a time, executives do whatever it takes to keep him or her happy and gambling in your casino. In terms of whales, Nebraska-born businessman Terry Watanabe was a whale of a whale. Actually, he was a whale of a whale, of a whale, of a whale of a whale. During a year-long gambling streak, Terry lost a mind melting $204 million dollars at two Vegas casinos. Both gambling halls are owned by Harrah's Entertainment, Inc. and Watanabe's staggering losses alone accounted for 5.6% of gambling revenue for the parent company that year. Who is Terry Watanabe and how did this truly shocking gambling loss go down?

I don't know about you, but I could easily make $127 million last the rest of my life and still leave plenty of money to my family. But this dude, in a spectacular display of stupidity, managed to lose $127 million in a year-long gambling and drinking binge. And amazingly, when it was all done, Terry had the nerve to claim that the casinos were partially responsible for his stupendous losses. Did Watanabe have more money than sense or was Harrah's conveniently looking the other way and violating Nevada Gaming Control Board laws as a means of padding their bottom line?

Terry Watanabe was born in 1957 in Omaha, Nebraska. His father Harry founded the plastic trinket business Oriental Trading Company in 1932 after immigrating to the U.S. from Japan. The company deals in plastic trinkets, party decorations, and supplies. As a child Terry and his siblings worked with their father after school. His mom was the company secretary. It was a family business.

Terry's father asked him if he wanted to take over the company when he was 15 years old. This is the Japanese custom for the first-born son. When he turned 20 years old, he was named CEO of Oriental Trading, Co. Watanabe has been described as a guarded and shy man during this period. He also exhibited a remarkable sense of marketing in choosing which products to integrate into the Oriental Trading catalogue. Terry grew his father's modest toy and trinket business into a thriving mail order empire that was bringing in $300 million in revenue per year by 2000.

As good as he was at his day job, it consumed his life to the exclusion of everything else. He traveled abroad for long periods of time checking out merchandise in far flung countries. He never had a serious romantic relationship, never married, and never had children. His life was the Oriental Trading Company. 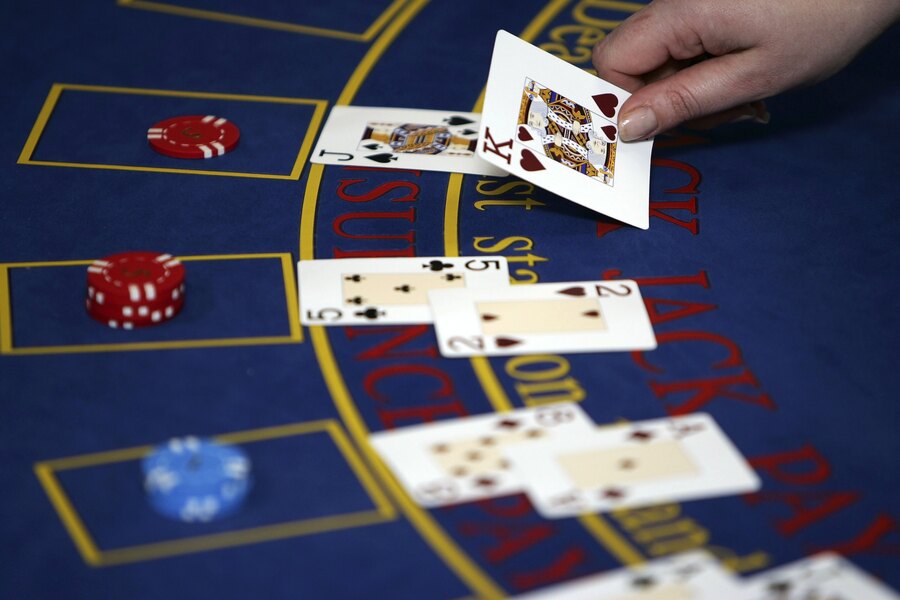 In 1995, Watanabe bought an 18,000 square foot home in Omaha for $1.8 million. He was a major donor to Omaha philanthropies, donating millions to AIDS charities and services. In 2000, Watanabe sold Oriental Trading Co. for an undisclosed sum. His plans for life after the sale were to become even more involved philanthropically and have more fun.

Unfortunately Watanabe found the life of a philanthropist dull. He'd invested so much of his life in Oriental Trading Co. that he didn't know what to do with all his newfound free time.

And then he discovered casinos. Across the river from Omaha there is a Harrah's casino in Council Bluffs, Iowa. In 2003, Watanabe started gambling there to pass the time. He quickly became one of the casino's best customers.

In 2005, Watanabe began traveling to Las Vegas. Not surprisingly, the bright lights and glitter of Vegas only served to make his gambling and drinking grow exponentially. By 2006, Watanabe was living and gambling pretty much full time at the Wynn Las Vegas. His heavy betting eventually caught the eye of owner Steve Wynn, who met with Watanabe and came to the conclusion that he was not only a compulsive gambler, but also an alcoholic. Wynn banned Watanabe from his casino, not wanting to run afoul of Nevada Gaming Control Board rules that stipulate it is illegal for casinos to allow visibly intoxicated and abusive people to gamble.

But never fear! Las Vegas is chock full of casinos that are eager to feed any alcoholic gambling addict's needs. Harrah's offered Watanabe lucrative incentives to come and gamble at their casinos. Watanabe was offered $12,500 a month for airfare, tickets to exclusive rock concerts and shows, and $500,000 in credit at the gift stores. Watanabe was also presented with an offer for 15% cash back on table losses greater than $500,000, special high-limit games, and other incentives.

In Las Vegas, the practice of offering significant incentives to whales is not unusual. The casino will do anything within reason to keep these big money gamblers happy and gambling.

Watanabe had a free three-bedroom suite at Caesars. He was provided a special brand of vodka, and was surrounded by Harrah's-supplied assistants at all times to attend to his every whim and need. He even had seven-course meals from the casino's Bradley Ogden restaurant served to him while he was at the tables gambling.

With all of these extras provided to make the whale feel at home, who is to blame for Terry's massive losses? Does the casino hold some responsibility in providing a sort of golden handcuff situation that made it impossible for a man like Terry Watanabe to walk away? Remember, he was known as a guarded and shy workaholic without many personal relationships outside of his siblings. In Las Vegas, he was King. You can understand how that alone might be extremely intoxicating.

Watanabe was an unusual sort of whale. While most high rollers prefer higher stakes games like baccarat, poker, even blackjack, Watanabe was drawn to games with low odds like roulette and slot machines. They call this a "house player" in Vegas, because slots and roulette have terrible odds for the player. Watanabe played blackjack as well, but did it with so little skill and strategy that he basically turned it into a house game.

Terry would frequently gamble for 24 straight hours, losing millions and millions of dollars in a single day's binge. He played three blackjack hands simultaneously that had a $50,000 limit for each hand. Harrah's increased his credit line to $17 million at one point. This is not an unusual practice for high rollers. At his peak in 2006, Terry Watanabe was consistently losing $5 million a day.

Employees at Caesars and Rio voiced concerns about Watanabe to managers. He was often severely intoxicated and incoherent. Under Nevada Gaming Controls, the casino's responsibility would be to immediately cut off the intoxicated gambler and escort him from the premises.

Clearly Harrah's didn't do this. Watanabe was their cash cow… or cash whale, as the case may be.

There was no official policy to keep Watanabe drunk and gambling. However, a picture of him was hung in employee back rooms. They all knew who he was and knew Harrah's wanted to keep one of the most lucrative gamblers in history in their casinos. So they all looked the other way and Watanabe's losses mounted.

His situation is indicative of the strange relationships casinos have with their whales. They lure them in with incentives and free suites and unlimited booze and credit. They get private jet travel, a team of personal handlers to attend to every need. Competition for these high rollers is fierce, but managing them is fraught with trouble. Many are compulsive gamblers with more money than sense whose losses – and therefore lives – spin more and more out of control with every spin of the roulette wheel, every hand of blackjack dealt.

A few gamblers, including Watanabe, have tried to turn the blame around on casinos by filing civil suits. Such attempts are rarely successful.

Casinos can opt to ban out of control whales. Harrah's chose not to, even as Watanabe's losses continued to climb to astronomic levels. The welcome mat was rolled out day after day after day. He became generous with casino employees—handing out bundles of $100 bills that totaled as much as $20,000 for tips along with other lavish gifts.

Halfway through the year, Terry had lost more than $50 million. A few months later he had lost more than $100 million. When his lawyers finally attempted to tally the annual losses, they pegged the number at $127 million. After a lawsuit was filed and Harrah's was forced to turn over their internal records, Terry's lawyers concluded that the real number was a staggering $204 million. Keep in mind, that's $204 million lost in ONE YEAR.

Watanabe opened up to his sister and brother about his gambling losses over Thanksgiving in 2007 when they visited him in Las Vegas. They had no idea of the extent of his gambling problem before then. Two weeks after that admission, his sister returned to Las Vegas, packed up his stuff, and brought him home to Omaha. He entered a residential treatment facility and has not entered a casino since.

Watanabe sold his Omaha mansion for $2.66 million in 2008 and moved to San Francisco. He paid back $112 million of the $127 million he lost during the epic binge before filing a civil suit against Harrah's. His suit alleged that casino staff plied him with liquor as part of a well orchestrated plan to keep him gambling. Watanabe also insisted that the casino reneged on their promises to give him cash back on certain losses.

In 2009, the Clark County District Attorney's office charged Watanabe with four felony counts of theft and intent to defraud Harrah's of $14.7 million.

In 2010, the criminal charges against Watanabe were dismissed and he entered into arbitration with Harrah's to resolve the $14.7 million debt. The undisclosed settlement brought an end to the largest criminal case ever filed by the Clark County District Attorney's office.

So, what do you think? Was Terry the only person to blame for his gambling streak? Did Harrah's have any responsibility?