Meet Mangus Walker. They Call Him The Porsche Hunter.

When Mangus Walker was 10 years old he fell in love with Porsches while at an auto show in his native England. In his 20s, he moved to Los Angeles and became an accidental fashion designer. Then he became the world's most famous restorer of Porsche 911s. Mangus Walker has had a very interesting life, to say the least.

The 49-year-old Englishman lives and works in block of renovated warehouses in downtown LA's arts district. He's got a beard that would make ZZ Top proud, dreadlocks any Rastafarian would envy, arms wrapped in tattoos, and an English accent muddled by three decades in Southern California. He looks more like a roadie for Motorhead than one of the world's foremost Porsche enthusiasts. 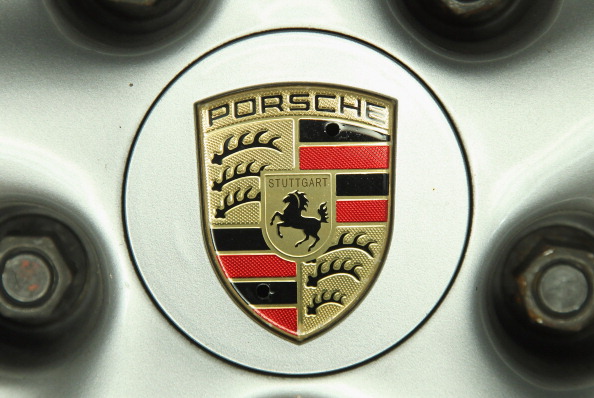 Walker was born in Sheffield, England. In 1977, when he was 10, he and his father went to the Earls Court Motor Show where Mangus laid his eyes on his first Porsche. It was a 1977 white Porsche 911 Turbo. It was love at first sight. Mangus left school at 15 and bummed around for a few years before getting a job as a camp counselor in the U.S. After that, he took a bus to Los Angeles and never looked back.

In LA, he became an accidental fashion designer after he customized a pair of cheap pants to fit him better. The look was pure punk rock at a time when punk rock was taking off. Soon he had people clamoring for those pants. He established the rock fashion label Serious Clothing with his wife Karen. Over the years, he has clothed Alice Cooper and Madonna, among others.

With the profits from their clothing line, Mangus and his wife bought a 26,000 square foot warehouse downtown and renovated it – decorating it to their punk sensibilities. It was 2000 and L.A.'s arts district had not yet come into its own. The neighborhood was full of transients and junkies and more than a few prostitutes peddling their services. Today, it's all artisan breweries, hipster coffee shops, and hybrid cars as far as the eye can see.

Not long after Magnus and Karen bought the warehouse, it was featured in a magazine article about the gentrification of lofts. The day after the article came out, they got a phone call from a production company that wanted to rent it to shoot a music video. That shoot was followed by movies, television shows, and even America's Next Top Model. Renting their loft to film shoots turned out to be so lucrative, that in 2004, they moved out of their original loft and into another one around the corner.

Magnus Walker at this point had accidentally backed into two careers – one as a fashion designer and another as a real estate mogul – and his third was about to go turbo.

The Porsche wasn't the first classic car he had bought. He already owned a 1965 Mustang, a 1967 E-type Jaguar, two Dodge Super Bee muscle cars and a 1979 308 GTB Ferrari. But before long, his focus narrowed. Today, a look inside Walker's garage reveals his obsession clearly. He has 13 911s – including one model from every year between 1964 and 1973. There are a handful of other 911s at various stages and restoration. Across the street is the "chop shop," where Walker keeps old, salvaged 911 shells, which he uses for parts.

Then, in 2011, Walker was on a 911-themed Internet forum, discussing how his Porsche hobby had gotten out of control and become an obsession. He got an email from Canadian commercial director Tamir Moscovici, who wanted to make something edgy for his reel. The pair ended up making a 30-minute documentary called Urban Outlaw about Walker and his 911 obsession. The trailer for Urban Outlaw was picked up by the Top Gear website and had 50,000 YouTube views on its first day online.

In the documentary, Walker said that after seeing that 1977 911 Turbo as a 10-year-old, he sent fan mail to Porsche saying he wanted to be a car designer. When Porsche's executives saw the film, they finally replied, inviting him to visit Porsche's headquarters. Walker had come full circle.

Last summer, Walker sold another one of his restored and amped up Porsches. Unlike in 2002, he was now well-known in the Porsche world for his work and could ask a higher price. The customized red, white, and blue 1972 Porsche 911 STR II had appeared on the Road & Track magazine to celebrate the 50th anniversary of the 911. The car went to auction in Pebble Beach and sold for $302,000, to one of the world's foremost Porsche collectors.

It was love at first sight when 10-year-old Mangus Walker first set his eyes on a Porsche 911. Now, nearly four decades later, he has turned his hobby into an obsession and he has a worldwide reputation for restoring his beloved sports cars.