By Dina Zipin on August 12, 2015 in Articles › Entertainment

She's been called the "Pot Princess of Beverly Hills," but Lisette Lee is anything but regal. Sure, she drove luxury cars and had a private jet whenever she wanted it, but her wealth wasn't just handed down to her by aristocratic relatives; she made (and lost) a large chunk of money by smuggling drugs.

Lee was born in South Korea and moved to Los Angeles at a young age. The truth about her family and her past is a little murky, mainly because Lee twisted and manipulated the truth to get what she wanted and lure people into her orbit. She claimed to be the heiress to the Samsung fortune, a sort of Paris Hilton, who had enough cash to go to the best clubs, eat the priciest sushi, and charter those private jets.

In Los Angeles, Lee got romantically involved with a drug dealer named David Garrett, and they joined forces to move massive amounts of marijuana from L.A. to Columbus, Ohio. Over a short period, she moved 7,000 pounds of weed from L.A. to Columbus on over 14 different trips. 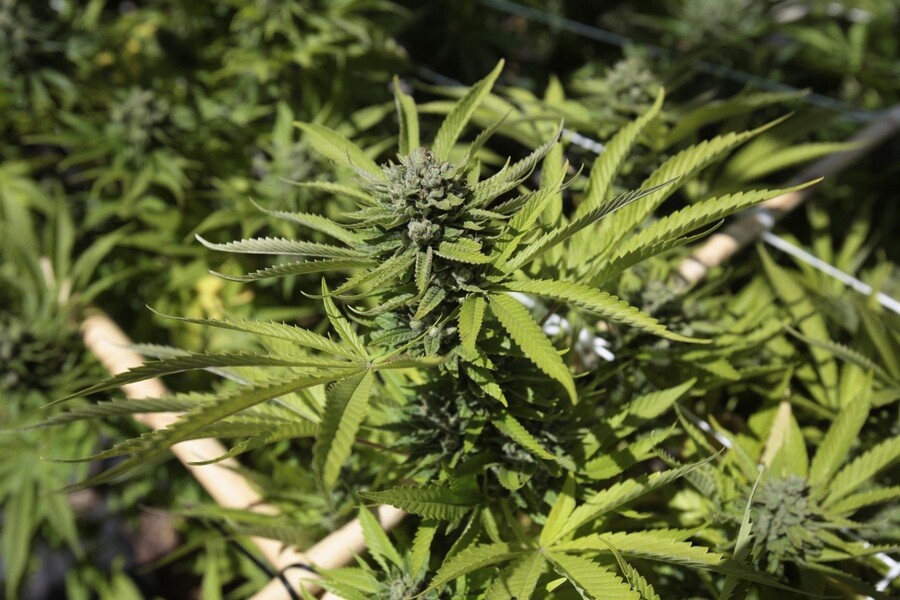 Teaming Up With Her BFF

According to her book Smoke: How a Small-Town Girl Accidentally Wound Up Smuggling 7,000 Pounds of Marijuana with the Pot Princess of Beverly Hills, author Meili Cady recounts her toxic friendship with Lee, who convinced her that she was, in fact, a Samsung heiress. Cady was naïve and new to Los Angeles, and she met Lee in 2006 through someone in her acting class. At first, Lee was warm and friendly, buying her things, taking her to clubs, and professing her undying friendship.

Lee was living in a luxury $1.2 million apartment, driving the best cars (Escalades, BMWs), and buying diamond rings for her BFF. Or at least she said they were diamonds. Lee called herself the "Korean Paris Hilton." She said she was a pop star and model in Korea, and that she went to Harvard, and before that attended prep school with Paris Hilton. She spun elaborate stories about her life and her wealth, and Cady bought it.

Lee looked – and acted – the part. She wore expensive clothes, designer handbags, furs, colored contact lenses, and got spa treatments on the regular. Her lavish lifestyle was exciting to Cady, who was stuck trying to make ends meet while she studied acting. If she came on as the world's greatest friend at first, Lee soon started showing signs of instability. She would get angry with Cady, jealous of people she dated, and controlling of her time. She manipulated her, got her into cocaine, and had guns stashed in her house. She was more gangster, less princess.

Lee and Garrett met at a party in 2009. He was a high school dropout turned drug dealer, and he told Lee that he knew of a way to make a huge amount of money smuggling marijuana between Los Angeles and Ohio, and suddenly Lee saw a business opportunity. Garrett said that he could get pot at $500 per pound, and then sell it in Ohio for a minimum $1,000 a pound. Their profit margin would be 100 percent, but they needed a discreet way to transport the drugs. Lee had the solution – she could charter a jet.

Knowing that her "friend" Meili was broke and desperate for work, Lee manipulated her into helping with the operation, at first telling her that she would be Lee's personal assistant, and that the job would involve a lot of travel, back and forth to Ohio, on very short notice. Cady couldn't turn down $1,500 per trip, and so Lee had her "assistant."

They launched their scheme, and it was working – at first. Cady had to wire huge amounts of money through her own bank account. Before every trip, Lee's crew would meet and discuss the particulars, and Lee named them Team LL (for Lisette Lee, of course). They would all drive to Van Nuys airport, since it was less conspicuous than L.A.'s main hub LAX. They would then move their heavy luggage onto a Gulfstream jet. Once in Ohio, they would be greeted by stretch limos and head to a hotel. And it wasn't a fancy hotel. It was usually a rundown motel, which made Cady wonder. After a few days, they would head back to L.A. and wait for Lee to call them for the next trip.

The operation went smoothly, for a time. They weren't exactly pros. On a few trips, the smell of marijuana was so strong that they sprayed Febreze to try and mask it. Eventually, the DEA in Ohio caught wind of Lee's operation. One day in 2010, DEA agents were waiting on the runway when the plane touched down, and handcuffs were slapped on Lee and Team LL. Police found 13 suitcases filled with 500 pounds of marijuana.

In court, it came out that Lee's father was a casino gangster, and that she was adopted as a small child since her parent's affair was considered disgraceful. Lee was actually getting about $100,000 from her family, so her lavish lifestyle did, in fact, come from her family. The parts about being a pop star and Paris Hilton's schoolmate weren't so true.