By Venus Lockett on November 30, 2015 in Articles › Entertainment

The Details of the Deals

By purchasing the stations KVMY (the Vegas MyNet affiliate) as well as WLYH (the CW affiliate in Harrisburg, Pennsylvania), Williams brought his total holdings from 5 to 7 television stations. Given that only a meager 12 out of over 2,000 stations in the country are black owned, this makes Williams the most powerful black media mogul in the country.

Williams officially reached mogul status in 2013 when he was able to secure a so-called "sidecar" deal with Sinclair Broadcasting that helped him acquire the license assets of 2 stations, for an estimated $6 million. This was a small part of a massive deal in which Sinclair purchased 18 stations from Barrington Broadcasting to the tune of $370 million. A controversial move that has proven to be infinitely beneficial, many criticized Williams' deal, as they accused him and Sinclair Broadcasting of exploiting loopholes in terms of FCC prohibitions against television broadcast monopolies. Undaunted by the criticism, Williams continued to move forward until he had acquired 7 television stations, the last 5 of which, were achieved independently and give him a great level of control over the vast majority of both programming and operations.

Today, Armstrong Williams has a net worth of $200 million. 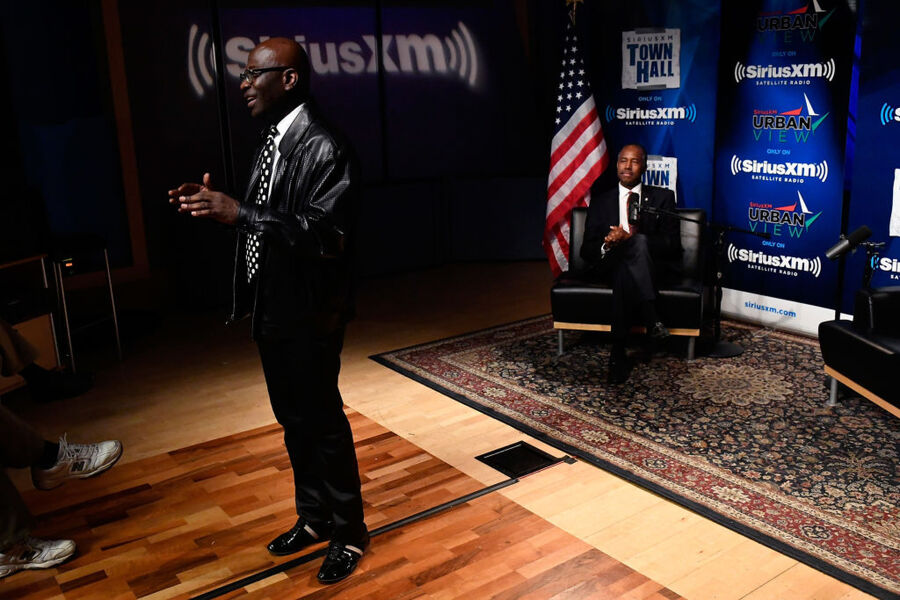 The Future of Black Television

An ambitious figure, Williams actually has plans of raising his number of television stations to 10, in the future. The commentator, who also writes a column for The Times, says that his goal is to bring back more family-friendly programming as a means of uplifting individuals, and ultimately, America as a whole.

What's more, Williams also sees this as an opportunity to uplift the African American community at large. In hopes of helping to balance out the issues with workplace inequality, Carson has taken to hiring a sizable amount of qualified minority candidates. Boasting of the fact that approximately 75% of his workforce is composed of minorities with almost 50% of said workers also being women and up to 55% of that demographic being black men, Williams is certainly making a statement with the diversity of his workforce.  Nevertheless, Williams' vision is very much one that promotes fair treatment for all Americans.

With hopes of building up a larger network whose focal point will be local markets, Williams' ultimate goal is to provide a series of networks that present fair and balanced broadcast journalism. An all but revolutionary act in the world of extremely slanted reporting, only time will tell if Williams' goals for these channels are at all feasible in this age.