Some women just have a knack for marrying well, and by marrying well, I mean marrying rich men. Darcy LaPier definitely has this talent nailed. She is a model and "actress" from a small Oregon farm town who became Miss Hawaiian Tropic. She parlayed her looks and personality into a number of high profile marriages and eventually socked away $100 million dollars from the settlements. Has Darcy LaPier plotted this path to riches or did she simply marry well again and again and again only to have those marriages fail in one way or another?  Her tale is a strange one of Hollywood and love and money and sheer ambition. In many ways it is a classic Hollywood starlet tale. Born in 1965, she is from a small town in Oregon where she grew up on a farm. She dropped out of high school during her freshman year and launched herself full force into life. Darcy LaPier didn't date, she married. Five times before she was 36 years old, in fact. She was a busy girl. Her life reads like an episode from VH1's "Behind The Music" or E!'s "True Hollywood Story"—defined by wealth, tumultuous relationships, a stalled acting career, divorce, remarriage, divorce again, and again and again. The theme of Darcy Lynn LaPier's life may be that she's always wanted more. .. 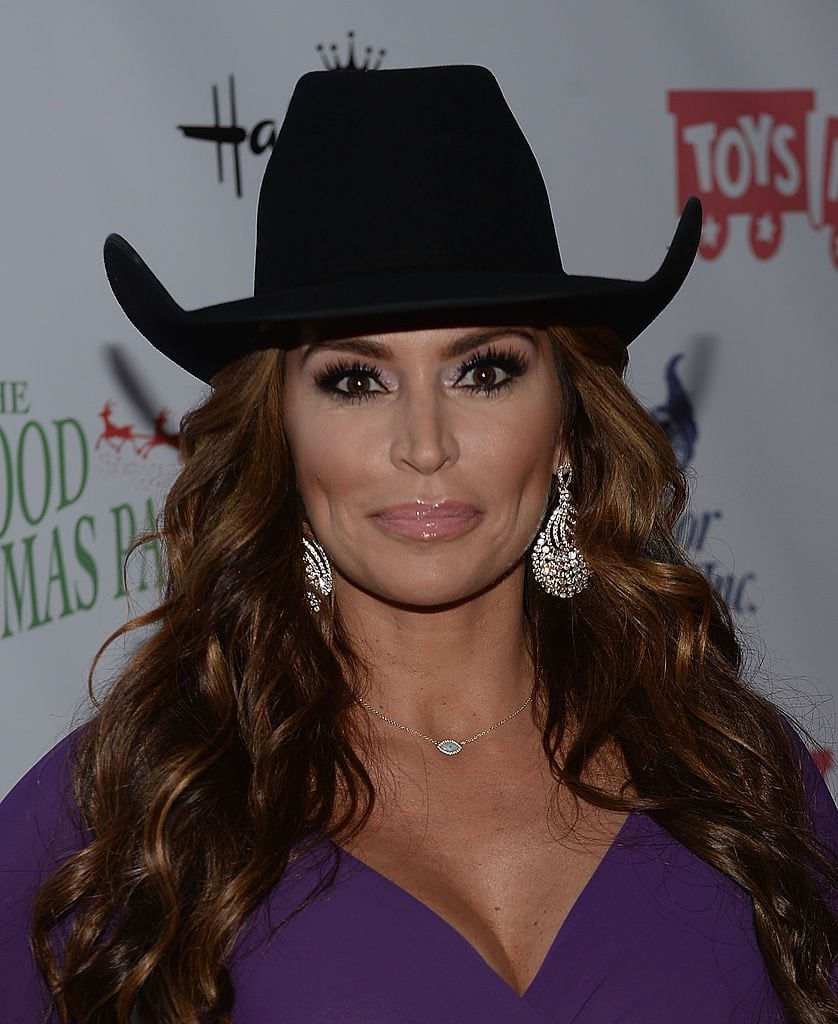 When Darcy was 19 years old she married a guy from her home town, Larry Ray Robertson. That didn't last. Young Darcy wanted far more than their small Oregon town could give her. She saw a poster for the Miss Hawaiian Tropic contest and entered. Tall, lithe, with long blonde hair—Darcy was and still is a beautiful woman. She won the Miss Hawaiian Tropic contest  for the state of Oregon and left Larry Robertson back in her home wondering what happened to the sweet young small town girl he'd married.

Darcy traveled to the Miss Hawaiian Tropic pageant in 1985. While she did not win the ultimate title of Miss Hawaiian Tropic, the aspiring model and actress won something else—the heart of the company's founder.  Ron Rice, nearly twice her age, asked Darcy out on a date. She accepted, but failed to tell him she was already married.

The couple quickly became inseparable and married in 1990, months after Darcy gave birth to their daughter Sterling.  She was living the life she'd sought. She had money, a bit of fame, a beautiful beach house in Malibu with a staff of seven, a nanny with references from Jerry Hall and Margaret Thatcher, luxury cars, jewelry, and a jet set lifestyle.

But that old familiar itch for more returned and by 1992 Darcy was growing bored.  At a Hollywood event, Mrs. Hawaiian Tropic met the "Muscles from Brussels", Jean-Claude Van Damme who was not only at the height of his action movie career, but also very married.

Darcy set her sights on Van Damme, found out he was filming his latest movie in Hong Kong and hopped on a plane to track him down.  Darcy invited Van Damme to her hotel room where the two made love and quickly fell for each other. Within a few days, just like with Ron Rice, the pair were inseparable and wanted out of their respective marriages.

When Ron Rice heard about his wife's affair he began divorce proceedings, kicking himself for not having a pre-nup in place, and expecting to lose a sizeable chunk of his wealth.  But, someone unexpected would come to the Hawaiian Tropic founder's help. The National Enquirer informed Rice that his wife had never divorced husband number 1, Larry Robertson, and thus had committed bigamy. Rice had the marriage annulled and Darcy received only child support for her efforts.

In February 1994, Darcy married Jean-Claude Van Damme. She was his fourth wife. They had a volatile marriage marked by accusations, fights, and allegations of abuse. Darcy gave birth to her son Nicolas in 1995. Van Damme wasn't entirely sure it was his son, which outraged Darcy.

Darcy filed for divorce from Van Damme three times in three years. Each time the lovebirds were able to patch it up.  But in 1997, she filed and the divorce stuck. In the court documents, she alleged that Van Damme, then 35-years old, was a cocaine addict who beat her regularly. Van Damme had gone to rehab for substance abuse in 1996. Darcy sought a restraining order against Van Damme as well as custody of their then 2-year old son plus $150,000 a month in child support and $300,000 in legal fees.

In the divorce papers, Darcy said:  "I am presently too afraid to stay with Jean-Claude. His physical and mental abuse and his drug abuse are at a dangerous level." She also alleged that the "Universal Soldier" star had threatened to shoot one of Darcy's attorneys and grab their son and take him outside of the U.S.  When all was said and done between Darcy LaPier Robertson Rice Van Damme and her action hero, she got about $10 million plus child support as her settlement. It didn't take Darcy long to find her next target, and this one would be her biggest yet.

Darcy LaPier met Mark Hughes, founder of Herbalife, on a blind date. Hughes had built his company from an operation he ran out of his garage to a then $1.8 billion multi-level-marketing juggernaut in the nutrition arena. On their first date, Darcy and Hughes had sex in his Rolls Royce. Gee, how romantic.

They were married on Valentine's Day 1999 and Darcy LaPier Robertson Rice Van Damme Hughes settled into her new husband's 32,000-square-foot home in Malibu. Darcy finally had the wealth –via marriage – that she sought.  Hughes bought her a $4 million helicopter to ferry her to their 150-foot yacht.

But then it all fell apart, again. Hughes had taken a prescription pill, Doxepin, to help him sleep. He'd been at a party earlier in the night and had been drinking. Darcy woke up to a dead man next to her in bed the next morning. His autopsy revealed is blood alcohol content was three times the legal limit.

When Mark Hughes died, Darcy got $100 million. They had been married for one year.

She'd never have to marry again… but she did.  It's what she does. Her "acting" career is negligible—she was in six films, one of them as an extra between 1989 and 1999. Her roles were small. She played "David's Neighbor and Guile's Date" in forgettable films from the early 1990s.

So after Mark Hughes died, Darcy packed up Sterling and Nicolas and moved home to Oregon where she bought a ranch and began barrel racing. But love would find Darcy again soon, of course it would.

Darcy and Snodgrass divorced in 2013. It was time for the 48-year old aging starlet to reinvent her life once more. Darcy began barrel racing in 2004, taking home the NPRA Rookie of the Year award that year.  Then as fate would have it, a few years ago Ryan Seacrest approached Darcy while she was at Disneyland with her son. The two got to talking and Ryan picked up on her passion for the rodeo. Seacrest wanted to do a show about Darcy and the rodeo. It didn't take off, but Darcy now had an idea. She'd reinvent herself as a reality TV star. She'd get her 15 minutes of fame yet!

Rodeo Girls premiered on A&E on December 11, 2013 with a six episode run, ending in January 2014. It has not been picked up for a second season. Just when Darcy LaPier Robertson Rice Van Damme Hughes Snodgrass will marry again is just a matter of time. Until then she has her $100 million net worth to keep her warm at night.