When a drug syndicate runs your city, things can get pretty crazy. The recapture of drug kingpin Joaquin Guzman Loera, better known as El Chapo, means little in Mexico's war on its drug cartels. There is an even more dangerous and powerful cartel leader on the loose. His name is Nemesio Oseguera Cervantes. They call him El Mencho. Over the past few years, he's risen to rule Mexican narco trafficking. He has become even more powerful than El Chapo was, when he was in charge. El Mencho heads up the Cartel de Jalisco Nueva Generacion. The cartel seizes power by any means necessary. They've even used rocket launchers to achieve their goals. El Mencho is the top crime boss in Mexico right now.

Cartel leaders are not true drug thugs – they aren't in it to make a quick buck and get their fix for free. It actually takes a fair amount of brilliance to map your way through today's drug wars. Narco networks are erratic and ever changing. In the cartels' favor, is the fact that the Federales haven't had a lot of success in recent years in their effort to catch and bring in the cartel bosses. Look at how many times El Chapo escaped from prison. The Federales barely have a grip on things. Now, the drug supply chain has extended from the U.S. to China to Europe. It is chaos on both sides of the law.

All of this chaos has given El Mencho his chance. He has shown an amazing ability for adapting to the circumstances at hand – whether that means switching allegiances or changing his product from meth to heroin. El Mencho has been able to do this while remaining completely unseen. He has expanded the territory of the Cartel de Jalisco Nueva Generacion from coast to coast. They have become the most global of all the Mexican drug suppliers.  It is estimated that El Mencho is making between $10 and $20 million per year running his powerful Cartel. 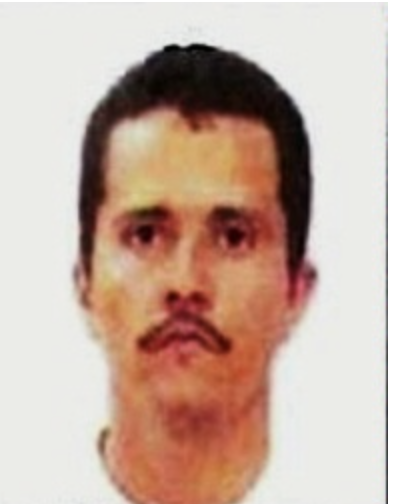 El Mencho is a businessman with a military mindset. He has focused on tightening and lengthening his supply train as well as demolishing competitors and anyone else who gets in his way. El Mencho is rumored to be a former police officer from either Aguililla City or Uruapan, both in the state of Michoacán. Even those who have studied the drug kingpin closely can't agree on his first name. Some say it's Nemesio, other say it is Ruben. The assumption that he has a background in law enforcement makes sense given his very precise tactics and his willingness to wage ware against the government. By the way, El Mencho is winning that war so far.

The U.S. Treasury Department froze El Mencho's assets in April 2014. El Mencho has done time in prison in the U.S. for conspiracy to distribute heroin. Other than this run in, he has managed to avoid the authorities. The same cannot be said for his 24-year-old son, El Menchito, who has now been arrested three times.

The past 15 years have seen a  deadly shift in the balance of power in the Mexican drug trade. Part of this shift is a result of Mexico moving from a one party political system to a multi party system. When there was just one party, the government left the cartels alone as long as its agents got their cut. In 2000, Mexico's political system changed and this gave cartels more leverage. The government could no longer tax the drug runners. The cartels were now setting the terms and increasing their use of violence. For instance, when businesses don't pay their "taxes" to the cartel, a grenade is thrown through their front door.

Murder has become a tool to terrify people and local governments into submission. About 60,000 people were murdered between 2006 and 2012 in Mexico. El Mencho seems personally determined to accelerate that death toll. A You Tube search of the activities of Cartel de Jalisco Nueva Generacion turns up gruesome results. The Cartel de Jalisco Nueva Generacion killed 35 members of rival drug gang Los Zetas a few years ago. Before they killed them, cartel members cut off limbs and ears. The victims' mutilated bodies were then dumped on the highway at rush hour.

Fighting the cartels is a never-ending game of playing deadly hide and seek in the pitch dark. Authorities dismantled El Chapo's Sinaloa cartel and there was no break in the drug related violence as a new, deadlier cartel rose to take its place. El Mencho seems to have learned from the errors of his predecessor. He remains a shadow. He will likely recede further and flourish as a result.