By Amy Lamare on August 21, 2018 in Articles › Entertainment

The hits keep on coming for former Today host Matt Lauer. Reports have surfaced claiming that he's about to pay his soon to be ex-wife Annette Roque a settlement that could be as high as $20 million. According to Page Six, sources say that Lauer is bending over backwards to give Annette everything she wants as he feels so guilty about cheating on her. Lauer was fired in November from the NBC morning show when multiple women came forward accusing him of sexual misconduct.

In 2006, Annette filed for divorce on the grounds of "mental abuse, extreme mental and emotional distress, humiliation, torment, and anxiety," painting a picture of how difficult it was to live with Lauer and his infidelities. She agreed to rescind the divorce filing after Matt paid her a lump sum in the millions as an incentive to stay with him and maintain his image and reputation. At that time, the couple also created a post-nup designed to make things smoother and easier should she ever decide to file for divorce again. She also received an allowance every year and the agreement calls for her to get a share of the value of all of their houses if they divorced. 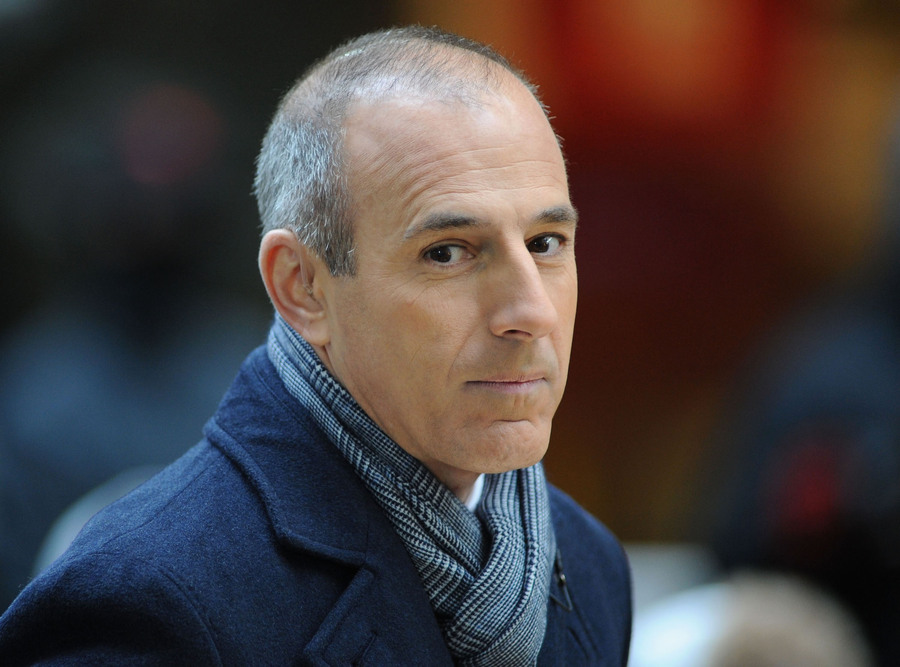 Since his firing from Today, Lauer has been putting all of his homes up for sale. He sold his Upper East Side apartment for over the asking price of $7.35 million. He originally listed his Sag Harbor home for $18 million but slashed the price to $12.75 million recently. Sources say that though Matt is willing to give Annette anything she wants, he really would like to retain the Hamptons home for himself. He bought the six-acre estate in 2016 for $36.5 million from Richard Gere. He has been spending the majority of his time there since he was fired.

Matt and Annette are believed to have worked out the shared custody agreement for their three children – Jack, 17, Romy, 14, and Thijs, 11.

The source also said that Lauer continues to insist that the relationships he had in the offices of Today were consensual.