Matt Lauer Net Worth And Salary – How Much Was The Today Show Host Making Before He Was Fired?

By Brian Warner on November 29, 2017 in Articles › Entertainment

Earlier today it was revealed that Matt Lauer has been fired from NBC's Today Show. Lauer was fired after NBC received a credible complaint about "inappropriate sexual behavior in the workplace". The firing was fairly shocking to the media world. Lauer has long been considered one of the most important people in media. So what is Matt Lauer's net worth today and how much was he making in salary at the time of his firing?

Matt Lauer began his television career in 1979 as a producer on a midnight news show in West Virginia. By 1980 he had become a reporter on the 6pm and 11pm newscasts, and also hosted a show called PM Magazine from 1980-1986. He got his first job in New York in 1989. He moved to WNBC-TV in 1992 becoming the co-anchor of Today in New York. He began working for The Today Show as a fill in from 1992-1993. In 1994 he was brought on as a full time news anchor while still hosting Today in New York and Live at Five. He filled in for various anchors throughout NBC in the 1990s, and was named the official co-anchor of The Today Show on January 6, 1997 alongside Katie Couric.

Over the next 20 years, Lauer helped turn The Today Show into a ratings juggernaut. The show has consistently been the #1 show on morning television. As a result of this success, Lauer was highly rewarded. When his contract was up for negotiation one year ago, he ultimately settled on a massive contract.

At the time of his firing, Matt's annual salary was $28 million. That salary is reportedly locked in for at least 4 more years. 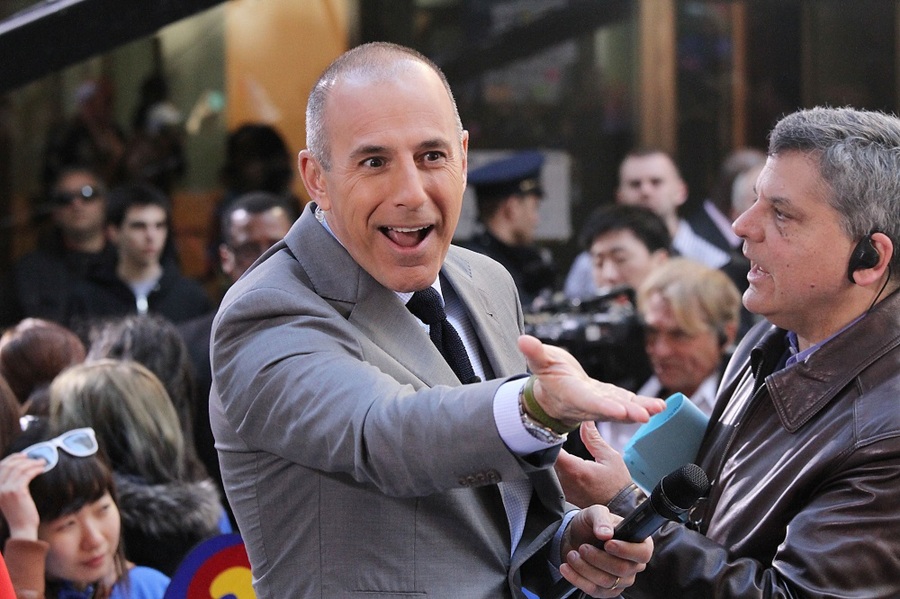 The big question we'll want to have answered over the next few weeks is whether or not Lauer gets paid the remainder of his contract. In theory, he is owed at least $84 million. Potentially, the figure is over $100 million. Is there a clause in his contract that allows NBC to get out of paying him if Matt is fired for something like sexual harassment? When Billy Bush was fired by NBC after his involvement in the Trump Access Hollywood tape, he was ultimately given a reported $20 million settlement.

Assuming Lauer is owed the remainder of his contract, he'll have to decide whether or not he wants to simply collect $84 million for doing nothing OR give it up and find a new gig. If he accepts the money, he wouldn't be able to appear on TV in any way for the next several years. Maybe that's all he wants to do, or maybe he wants to get right back on air (assuming a network would hire him).