By Beth McDonald on June 17, 2016 in Articles › Entertainment

The world's most expensive rough diamond was recently sold for a staggering $63 million.  The diamond, named the "Constellation," is 813 carats, which is equal to approximately one-third of a pound.

After being discovered in a mine in Botswana in late 2015, the diamond was recently sold by Canadian mining firm Lucara to Dubai-based rough diamond trading company, Nemesis International. The $63 million price tag set a new record for a rough gem, according to CNN. Lucara has retained a 10% interest in the massive gem, which will allow it to continue to profit from further sales, after the Constellation is cut and polished.

According to CNBC, the diamond has been certified as Type IIa – one of the rarest types of diamonds with no color and little to no impurities. Nemesis International Director Nickolas Polak told Gulf News that he was thrilled with the purchase and that his company will be mapping out the stone in the weeks ahead to determine how it should be cut and formed. "We have to find the magic in the stone," said Polak. "We will find the most spectacular stones from it. The size of the stone, the clarity, and the splendor is exceptionally unusual."

Although the Constellation has broken the record for the most expensive rough-cut diamond, it may not hold that title for very long. A second, larger diamond, was also found in the same mine in late 2015. Named the "Lesedi la Rona," the diamond is the second-largest diamond every discovered and weighs a whopping 1,109 carats, or almost a half-pound. 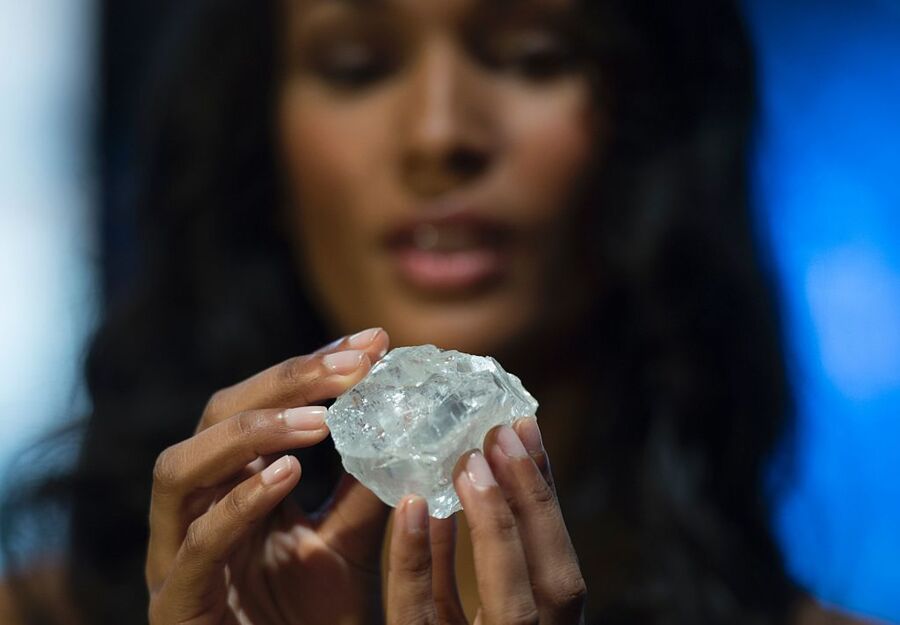 According to CNN, the diamond is about the size of a tennis ball, and is so large,that it does not fit into the conventional scanners used to evaluate a gem's value. "Not only is the rough [diamond] superlative in size and quality, but no rough [diamond] even remotely of this scale has ever been offered before at public auction," David Bennet of Sotheby's told CNN. The Lesedi la Rona will be auctioned by Sotheby's in late June 2015, with experts noting it should fetch at least $70 million.