In 1999, A Recently-Divorced Masseuse Took A Risky Job At A Tiny Startup Called Google. She Chose…Wisely.

By Dina Zipin on September 8, 2015 in Articles › Entertainment

For a masseuse to become a multi-millionaire, you would think they'd have to have some sort of epic trust fund, or massage a lot of generous, wealthy clients. For masseuse turned millionaire Bonnie Brown, her quick path to fortune involved a very lucky part-time job with a little Silicon Valley startup called Google.

In 1999, Brown was reeling from a divorce and staying with her sister in California. After 20 years of marriage, she was alone and suddenly single with two grown daughters. Stuck in a rut, Brown closed the day school she had run for a decade, sold her house, and "held the garage sale to end all garage sales," in an effort to start over.

Brown started to realize just how stressed she was: About money, divorce, and life in general. When she moved in with her sister, Brown has said that she "slept for the first month of my new life." But then she got up, bought a $100 massage table, and got certified. Things didn't get better overnight, though. At least – not yet.

That little Silicon Valley start-up called Google was looking for an in-house masseuse, so Brown applied. She wasn't even their first choice, but she got the part-time job, which started out at $450 a week. It also included a few thousand shares in Google stock options. And so with that, Brown reported to work each day, massaging the tight and tired shoulders of Google engineers, and taking home her $450 a week.

Google went public on August 19, 2004. The price per share at the end of the first day of trading $85. At that exact moment, Bonnie's life was forever changed. She was one of an estimated 600 Googlers who were millionaires overnight after the IPO. Her financial advisor insisted she sell her shares as soon as humanly possible to ring the register on what must have been a total fluke. If she did want to sell, she would have to wait six months. Six months later, a single share of Google was trading for $100. Her advisor again insisted she sell.

To this day, Bonnie still owns most of every Google share she ever received. As of this writing, a single share of Google trades for $600.

Bonnie won't say exactly how much her stock is worth today, but she did confirm in a New York Times interview that she is a "multi-multi-millionaire." 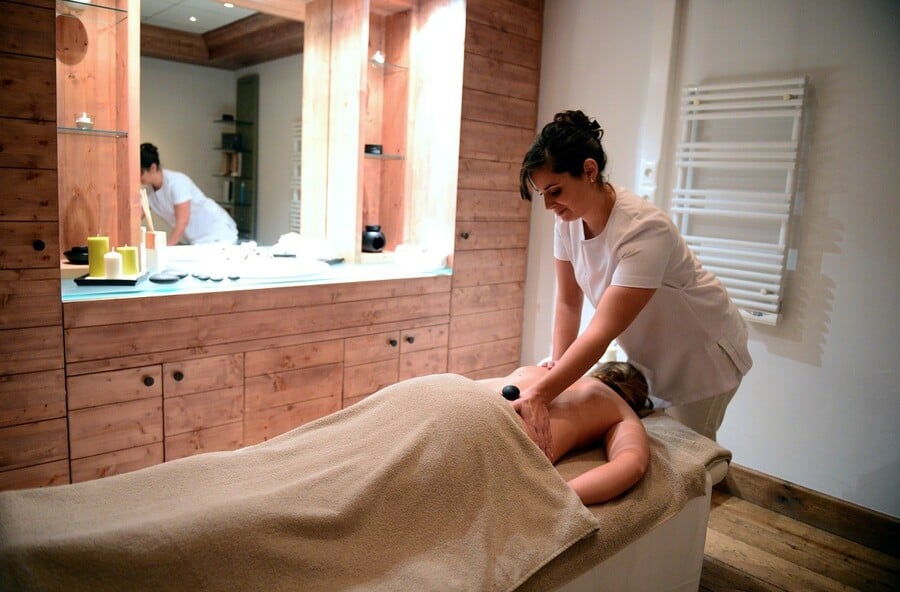 How She Spent It

She retired after five years at the company, perhaps the wealthiest masseuse in history. So what did Brown do with her newfound wealth? She bought a 3000 square foot house in Nevada where she lives today. When she's home, she gets weekly massages. She's traveled the world and she started a charitable foundation. She also self-published a memoir about her experience, called Giigle: How I Got Lucky Massaging Google.

Before the book and the traveling, though, of the first things Brown did with her money was pay off her bills. "One of the greatest feelings in life is to be debt-free," she has said. If only all massage therapists could be so lucky.

"It seems that every time I give some [money] away, it just keeps filling up again," Brown told The New York Times. "It's like an overflowing pot."

So what's the lesson here? If a bunch of really smart nerds offer you shares in their unknown company, TAKE THEM!!!

Bonnie isn't the only non-technical person who took a job at Google in 1999 and ended up becoming a millionaire. The 56th person hired by Google was a guy named Charlie Ayers. Charlie was chef who had previously cooked meals for the Grateful Dead

In 1999, ignoring the advice and protestations of his friends and family, Charlie Ayers gave up a relatively stable life touring with rock stars to become the corporate chef for a tiny startup called Google. Like Bonnie, Charlie was given 40,000 options in the privately held company.