How One Extremely Risky Prediction Made Mark Cuban A Multi-Billionaire Today. Timing Is Everything.

By Paula Wilson on February 11, 2018 in Articles › Entertainment

Have you ever heard the saying, "sometimes you gotta know when to hold 'em… And sometimes you gotta know when to fold 'em"?  When it comes to business, that old adage can be very true.  Nowhere is it more true than in the ever-shifting world of technology, where a start-up can blow up and fizzle out in a matter of months, and where the latest technological gadget can be obsolete in a week.  Mark Cuban is the undisputed king of playing the poker game that is big business, and his savvy snagged him a massive net worth of $2.5 billion.  How did he do it?  With a combination of knowledge, luck, and business balls of absolute pure steel… Here's his story.

Mark Cuban was born in Pittsburgh, Pennsylvania and has always been ambitious.  He launched his first business when he was 12, selling garbage bags.  His business goals at that point were fairly simple – he wanted a new pair of high end basketball sneakers.  However, that first company sowed the seeds for his business dealings to come.  He continued working throughout high school, doing everything from teaching disco dancing to promoting parties and bar-tending.  High school seemed to be holding him back rather than furthering his goals, so he skipped his senior year and enrolled in the University of Pennsylvania instead.  From there, he moved on to Indiana University in Bloomington, Indiana and earned a degree from the Kelley School of Business.  While at Kelley, he continued to hone his business skills, teaching dance and running his own pub/bar, among other small businesses. 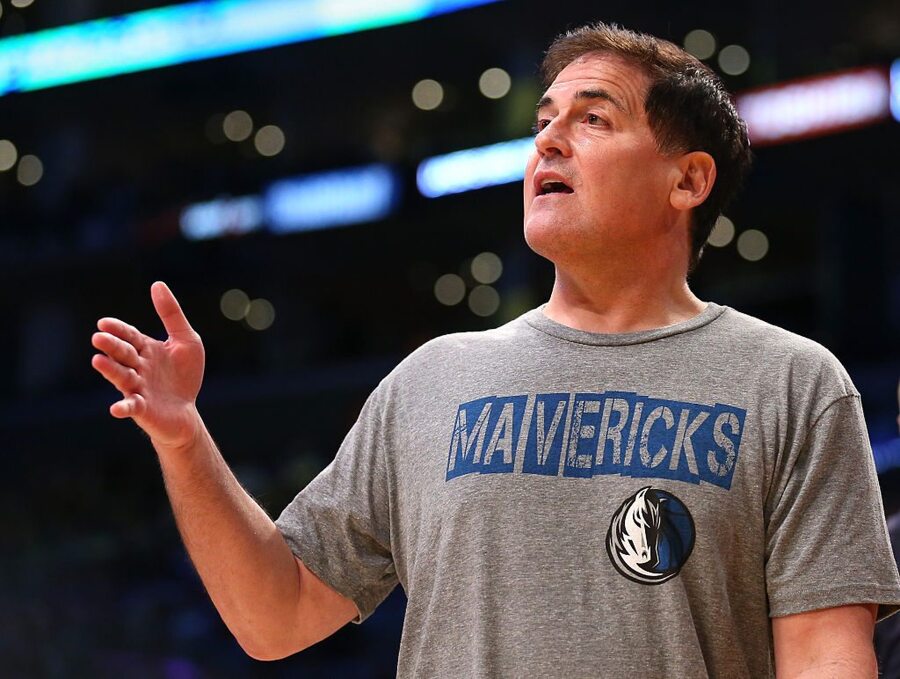 After relocating to Dallas, Texas in the early 80s, he took a job with a software company called, Your Business Software.  The PC retailer was rapidly growing and during his year with the company, Mark Cuban became familiar with multiple software clients.  Realizing he had an opportunity to grow his own business, he began meeting with clients on the side.  Your Business Software fired him, but his clients came with him, and he quickly launched his own company, MicroSolutions.  The company was focused on system integration and software reselling, and grew quickly.  In 1990, he sold the company to CompuServe and became a millionaire.  He took home $2 million on the $6 million sale.

While becoming a millionaire was certainly awesome, Mark Cuban was far from done.  He had plans, and they involved making more money than just $2 million.  He grabbed a fellow Indiana University alum, Todd Wagner, and the two launched their own company.  Long time fans of Indiana basketball, their business was an online portal combining basketball and webcasting.  They changed their name from Audionet to Broadcast.com in the early 90s, and grew to over 300 employees and $100 million in annual revenue by the late 90s. When Broadcast.com went public in 1998, it set a one day record for IPOs. The stock price rose 250% on the first day of trading and made over 100 Broadcast employees millionaires.

Mark Cuban had always been savvy about what was hot and what was not, and he'd watched the rise of the dot com sphere closely.  With anything that explodes, there is always an implosion at some point.  With that theory in mind, Mark and his partners decided to sell Broadcast.com to Yahoo in 1999 for $5.7 billion in Yahoo stock. Whether it was prescient timing or just plain luck, 1999 happened to be the absolute peak of the dotcom bubble. And while a $5.7 billion payday might sound like the biggest victory of all time, it actually wasn't time to celebrate yet. Mark and his partners wouldn't be allowed to turn any of their shares into cash for a minimum of six months. Why? Typically when you sell a company for stock, you are required to hold on to all of your shares for six months. This is called a "lockup". A lot could happen in those six months. The bubble could burst at any moment and send Yahoo's shares plummeting from all time highs to all time lows.

So it was big gamble because Mark firmly believed that the internet bubble was on the verge of bursting. Companies like Webvan and Pets.com had gone public, burned through billions of investor money without ever producing a single cent in profit. The world was upside down and a major correction had to be looming.

But Mark was very lucky. On the day the Broadcast deal officially closed, Yahoo's stock was trading at $163 per share. Six months later, when the lockup expired, the price per share was roughly the same.  So what did he do? Did he sell 10% of his shares? 20%? Nope. Mark dumped the entire stake on the open market. He sold every single share of Yahoo he owned over a one week period. When the fire sale was all said and done, Mark was left with $2.5 BILLION dollars… in CASH.

It was quite possibly one of the smartest business moves ever.  Over the course of the next 18 months, the dot com bubble began to burst. At first it was a little pop, then it was a full on implosion that sent the world economy into a tail spin. Companies like Webvan and Pets.com were wiped off the face of the earth. Companies like Yahoo lost value at an astonishing rate.  Yahoo's stock price slid from $160 to 100, to 70, to 50, to 30. By October of 2001, Yahoo hit an all time low of $8.11 per share. That's a 95% drop compared to $163 a share when Cuban sold. In other words, had he not sold his shares, Mark's $2.5 billion worth of stock could have become worth as little as $125 million. Still a nice fortune, but not enough to buy an NBA team, movie studio, cable network, private jets… This is Mark's house in Dallas, feel free to drool:

Since then, he's turned those billions into a lucrative entertainment and sports empire.  He owns the film distribution company, Magnolia Pictures. He's also the majority owner of the Dallas Mavericks.  He bought the team from Ross Perot in 2000 for $285 million. Today the team is worth at least $2 billion!

He owns the Landmark Theaters chain and he chairs HDNET, the HDTV Cable Network.  He's in the Guinness Book of World Records for the largest single e-commerce purchase ever, having paid for his $40 million Gulfstream V jet with a credit card online.  He's become a busy venture capitalist, as well, and serves as one of the "sharks" on "Shark Tank".  When he's not running his businesses, he's busy giving money away to multiple charities.  The ambitious boy who wanted a pair of great sneakers is now a billionaire twice over.  For all intents and purposes, Mark Cuban has won the poker game of life.

Oh. And his current net worth is $4 billion 🙂

What are the Future Billionaire lessons we can learn from Mark's story?