By Amy Lamare on April 1, 2021 in Articles › Entertainment

The NCAA's March Madness basketball tournament is in full swing. If you're not a fan, you've probably seen friends on your social media feeds talking about their brackets, their alma mater, or their favorite teams. When it comes to the NCAA, the March Madness tournament is its main revenue generator for the entire year. The 2019 tournament brought in $1.05 billion in revenue for the NCAA, which represents 90% of its normal annual revenue. The NCAA also makes money from the broadcast rights of the three-week tournament, which is included in the $1.05 billion figure. The NCAA signed a $10.8 billion, 14-year contract with CBS and Turner Broadcasting in 2010 to air the tournament. In April 2016, that contract was extended until 2032 for an additional $8.8 billion.

When the tournament was canceled in 2020 for the first time in its 81-year history, it cut the NCAA's 2020 revenue in half to just under $520 million. However, the NCAA took out a $270 million insurance policy just in case of the cancelation of the tournament. The NCAA also took some extreme cost-cutting measures that meant college sports' governing body posted a net loss of just $56 million in 2020. 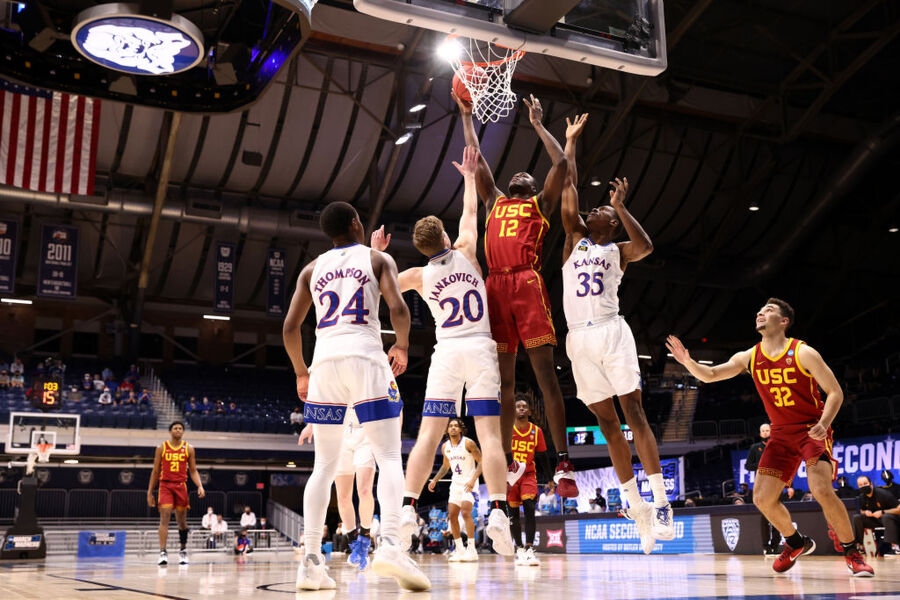 March Madness is very big business for all involved, but particularly for gaming sites now that online gambling is legal in 25 states. Consider the person who is in a pool of say, 75 people, with a $25 buy-in. The winner of that March Madness pool would take home $2,000 and that's without doing the work of filling out a bracket. Now, those March Madness fans can turn to mobile betting companies like DraftKings to place bets on the tournament. People who bet by filling out brackets being in about $2 million according to a spokesperson from DraftKings. However, what March Madness brings in altogether is much, much, much, much more than that.

People betting via these relatively new legal online options are up more than 200% since 2019. It is estimated that 18 million people will place online bets and eight million will bet in person at sportsbooks. This is due to the fact that 13 new legal online sports betting markets have opened up since the 2019 NCAA tournament. Basically, this means 45% of American adults live in one of the 25 states and/or Washington D.C., where sports betting has been legalized. The number of Americans betting on the NCAA basketball tournament is estimated to be around 47 million, which is about the same as in 2019. However, the dollar amount of the bets is on track to break the $8.5 billion record set in 2019.

DraftKings' founder and CEO, Jason Robins, has joined the billionaires club thanks to the number of gamblers placing online bets. The stock price of DraftKings has soared by 260% since April 2020. DraftKings reported a 146% increase in income from last year – up to $322 million, compared to $131 million last year. The site also has 1.5 million monthly active users – which is up 500,000 from the last quarter. March Madness is expected to raise the number of users and revenue of DraftKings and other online betting sites. Remember, there was no NCAA basketball tournament in 2020 due to the global pandemic.

DraftKings has introduced the traditional brackets for its March Madness bettors. For a $100 entry fee with 20,000 bettors, the ultimate winner will receive a cool $1 million. The site is also hosting survivor pools in all states – even ones where online sports betting isn't legal yet – that's free to play and pays out $1 million to the first-place winner.