By Joseph Gibson on November 6, 2016 in Articles › Entertainment

Godzilla first rampaged through Tokyo and our hearts more than 50 years ago. He's been a perennial popular icon ever since, but right now he's especially resurgent thanks to his triumphant return to screens in Shin Godzilla, the first official reboot of the original Japanese film franchise. And if you're looking for the biggest and/or most ridiculous new piece of Godzilla merchandise, you have it with Bandai's new 3D printed, man-sized Godzilla figure, which will soon be available for around $43,000 in American dollars.

Some may instinctively refer to this giant Godzilla model as "life-size," but that ignores the fact that the real Godzilla stands something like 150 feet or more, depending on what source you trust for such important information. As is, it stands about six feet tall and goes to ten feet long when you include the tail. It may not be life-size by Godzilla standards, but it is life-size compared to the suits worn by performers in order to make those wonderful citywide rampages happen in the days before CGI. 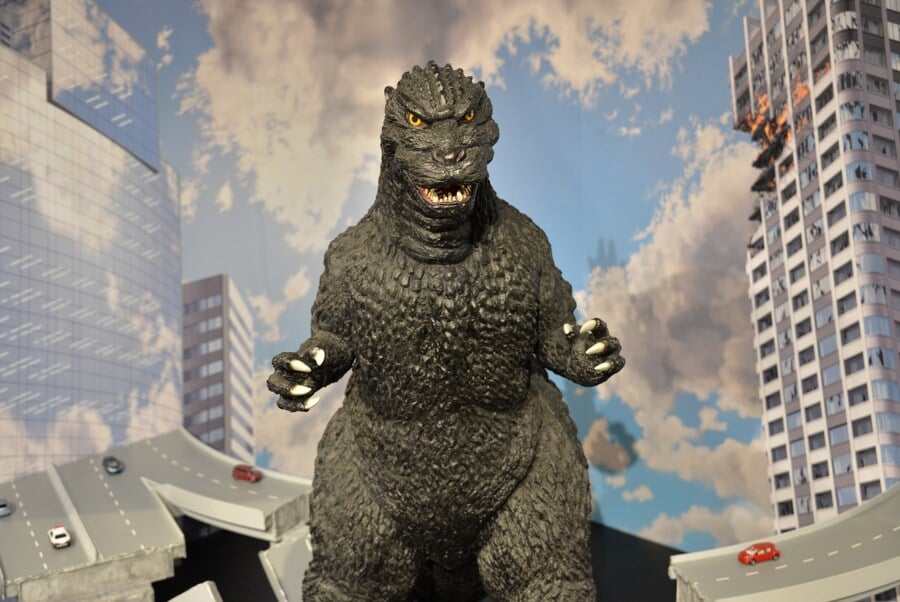 Semantics aside, Bandai's new Godzilla model was precision-3D-printed in order to capture every single detail of the monster as he existed in his 1991 "Hokkaido" incarnation, and it's a perfect beast right down to the smallest scale. So perfect, in fact, that even with its exorbitantly high price tag, Bandai is reportedly instituting a raffle system to decide who gets to purchase one. The raffle is set to begin on November 7th, and appears to be geared towards fans in 'Zilla's native Japan.  But, if history teaches us anything, it's that there's always another Godzilla coming around the corner.