By Joseph Gibson on September 9, 2016 in Articles › Entertainment

Things were tough for Michael Fox of Los Angeles (no relation) this summer, so much so that he'd had to seek a part-time job in order to make ends meet. Things were not so tough, however, that he didn't feel comfortable pursuing one of his more conventionally financially inadvisable hobbies: Scratch-off tickets, one of which he took a moment while in line at CVS to scan at the store's Check-A-Ticket, only to find he'd struck it rich to the tune of a million dollars.

It all went down in late July, but the story was only recently told in a press release from the California Lottery. According to Fox, it wasn't he who could be heard shouting for joy at the news that he was now a millionaire, but instead the guy behind him at the machine:

"I scanned my ticket and it came up '[file] claim form, one million dollars.' The gentleman [standing in line] behind me was like, 'YEAHHH!!!' Luckily not too many people were at CVS. But yes, [the stranger] yelled, 'Yeah!! Wow!!' I just looked at him and smiled. I didn't show any emotion. I just kept quiet and walked straight to my car!"

Nothing saps one's enthusiasm for a job interview like a million-dollar scratch-off jackpot, so it's no surprise that once Fox managed to convince himself the prize was real and not some kind of computer glitch, he canceled the interview. But he doesn't plan to quit his day job, nor does he even rule out the possibility of still getting a second seasonal job at some point, which may either be him trying to stay positive in the face of his public attention or just plain financial responsibility – after all, a million dollars isn't what it used to be, especially after taxes. 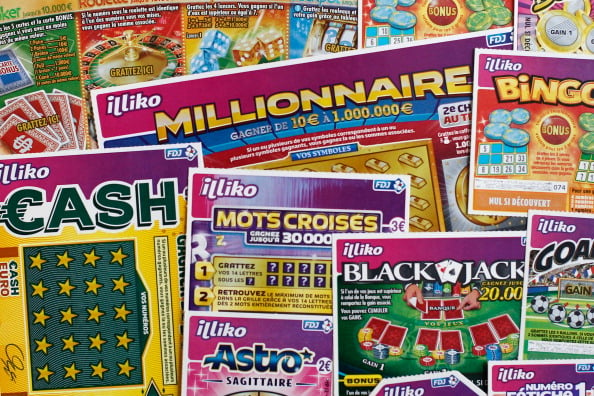 So even though most financial experts would probably advise against dropping ten bucks on a scratch-off ticket when in need of a second job, Michael Fox's commitment to Lady Luck ended up paying a pretty big dividend. And that commitment doesn't end just because he took home a big jackpot – according to Fox himself, he'd been playing California scratch-offs for 20 years, winning prizes as high as $500, before finally winning the big one, and he doesn't intend to stop now:

"Oh absolutely I'm going to keep playing. I'll keep playing the way I've been playing – any given Sunday (Fox purchased his winning ticket on Sunday, July 24). You can put that in the [news release] title – 'Any Given Sunday!'"