By Amy Lamare on March 5, 2021 in Articles › Entertainment

Calvin E. Tyler Jr. dropped out of college almost 60 years ago, because he couldn't afford to pay his tuition. He enrolled at the historically Black college, Morgan State College in Baltimore in 1961. In 1963, he dropped out when he could no longer afford school. Tyler, now 78, enrolled at Morgan State as a business administration and accounting major. He dreamed of becoming the first person in his family to graduate from college. However, he didn't have a scholarship and his parents couldn't afford to help him so he struggled to pay his own way.

His finances didn't hold out and he dropped out and took a job at UPS because the company advertised that it promoted from within its own ranks of employees. He was one of the first ten UPS drivers in Baltimore. After two years of driving, he was promoted into management. He kept being promoted again and again until he was the senior vice president of operations. In his 34-year career with UPS, he and his wife lived in eight cities. He was also on the board of directors of UPS. He retired in 1998, but he never forgot his days at Morgan State. Just this week, Tyler and his wife Tina announced they were donating $20 million to Morgan State to increase a scholarship in his name. 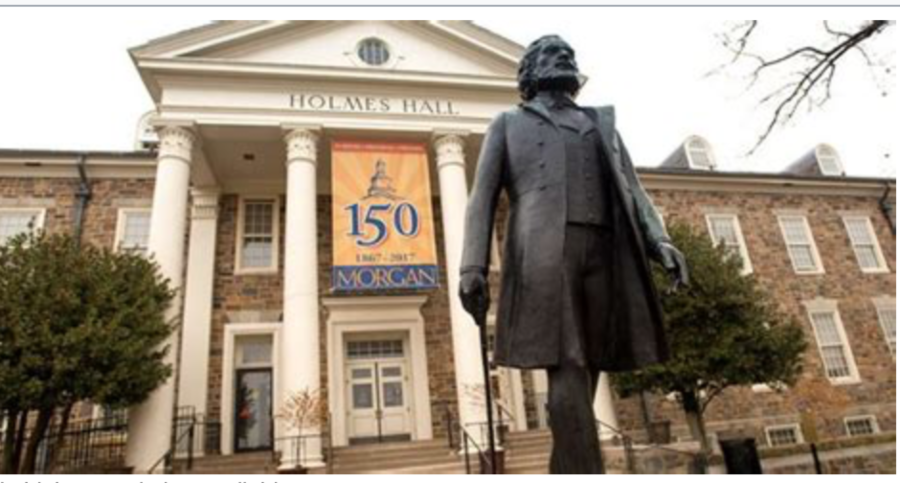 Tyler, who now splits his time between homes in San Francisco and Las Vegas, sees himself when he looks at students struggling with the financial means to make their college dreams come true. It is his goal to help reduce the burden of student debt through his scholarship fund. Back in 2002, the Tyler's started the Calvin and Tina Tyler Endowed Scholarship Fund to help students who need financial help to finish college. In 2016, Tyler donated another $5 million to the school, which was the largest donation in the college's history at the time. To date, the Tyler scholarship fund has distributed 46 full tuition and 176 partial scholarships to 222 students at what is now known as Morgan State University. Because the pandemic has put financial hardships on so many families, Tyler decided to up the ante on his giving by donating an additional $20 million. His $20 million gift is the largest amount the school has received from a former student. The Tyler's also have a building on campus named after them, the student services building, Tyler Hall.

"My wife and I have become keenly aware of the effect that the pandemic has had on a number of young people trying to get an education [and] we have the resources to help a lot of young people. This is why we are increasing our commitment at Morgan; we want to have more full-tuition scholarships offered to young people so that they can graduate from college and enter the next stage of their life debt-free."

A full 90% of students at Morgan State are on financial aid. To be eligible for the Tyler Scholarship, students must meet a list of criteria including having a minimum GPA of 2.5, making it accessible to an average student, rather than just those with excellent GPAs. Morgan State was founded in 1967 to train Methodist Episcopal clergy. Today, it is a public state university with about 7,600 students. The university also received a $40 million gift this year from MacKenzie Scott, former wife of Amazon founder Jeff Bezos. She donated more than $400 million to colleges and universities, especially those that historically cater to Black and Hispanic students.