The World's First 8k TV Will Set You Back $133 Thousand

By B. George Young on September 26, 2015 in Articles › Entertainment

If only the 8K TV was priced the way its name implies, it would be a real bargain. While the newest television offering is set to have some amazing video capabilities, I recommend waiting for the price to go down instead of paying $133 thousand for it. There is also not much 8K video content available yet, giving you another reason to hold off for now.

The television industry is reportedly pushing to increase the standard broadcast resolution from HD to ultra-HD over the next few years. One of the big problems here is that there is not much 8K video available, and there is hardly any 4K programming available yet either. Earlier this year Google released their "Ghost Towns" YouTube video which was available in 8K before any monitors to support it were even in production. In order for someone to watch a video in 8K on the new Sharp set, they must use all four HDMI connectors and have access to a computer that is able to support 8K video output. 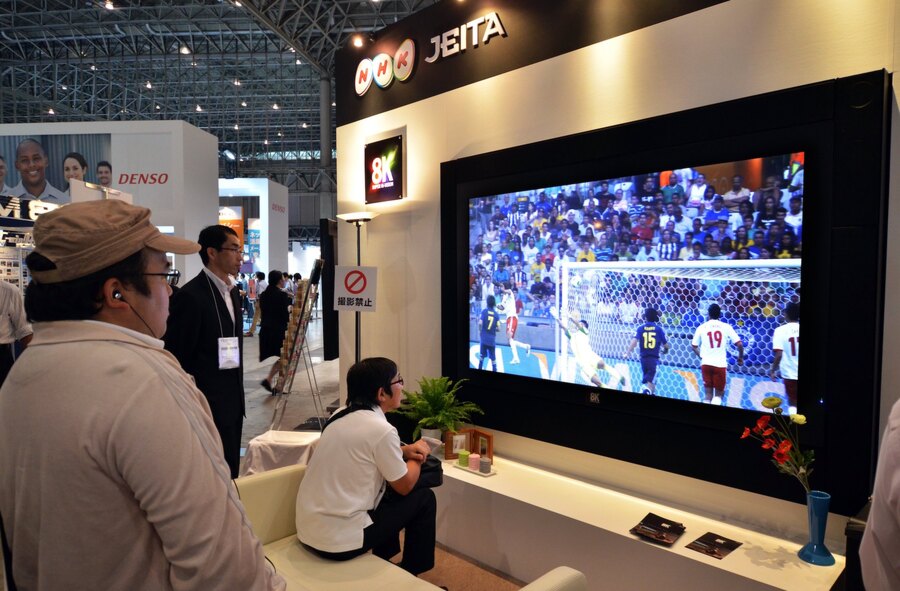 For those reasons, Sharp says that for now the company is targeting "mainly corporate users". A couple of possible clients include museums, who may use the ultra HD sets to display artwork, and industrial designers, who could use them to display blueprints.

8K resolution, or Full Ultra HD, is the highest UHDTV resolution that exists today in the worlds of digital television and digital cinematography. Another obstacle to overcome is the fact that few video cameras have the capability to shoot in 8K. Japanese public broadcasting company NHK started their research and development of 8K technology in 1995 and has since spent over $1 billion on the project.

Back in 2007 the movie Baraka (originally released in 1992) was re-scanned using 8K and used for a Blu-ray release, which Roger Ebert called "the finest video disc I have ever viewed or ever imagined." A 50th anniversary digital restoration of 1962's Lawrence of Arabia on Blu-ray and theatrical re-release was also made available in 8K in 2012.

The new Sharp 8K TV will officially go on sale on October 30th, so perhaps some creative folks will be able to use it to scare kids on Halloween. This set was first unveiled by Sharp at the 2012 Consumer Electronics Show, so it took some time to come to market. While the 8K TV promises to make for amazing entertainment, for now you may be better off sticking with a 4K TV that can be had for under $1,000.