By Amy Lamare on November 1, 2013 in Articles › Entertainment

If I asked you to imagine a stereotypical shoe salesman, most people would probably immediately picture someone closely resembling Al Bundy. You definitely wouldn't picture a 39 year old, Harvard educated, Taiwanese-born entrepreneur with $450 million in the bank. To be fair, Zappos.com isn't exactly your corner shoe store, and Tony Hsieh isn't exactly a strip mall shoe salesman like Al Bundy. After selling his first company to Microsoft for $265 million when he was just 26 years old, Tony Hsieh became CEO of Zappos.com. Over the last 15 years, Zappos has grown to become one of the largest e-commerce companies in the world and in the process has made Tony Hsieh extremely wealthy. This is how he did it… 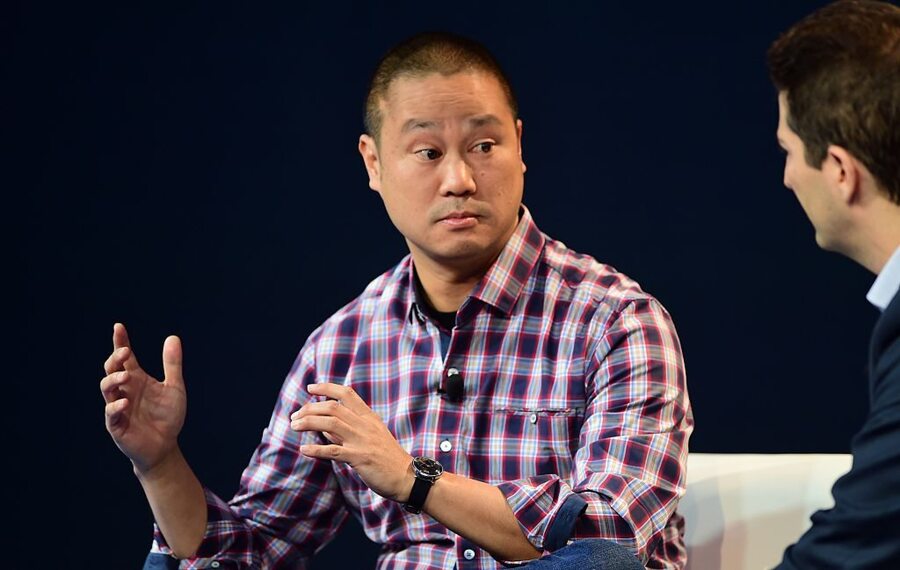 Some people are just born with the entrepreneurial spirit. Zappos.com CEO Tony Hsieh is definitely one of those people. Hsieh grew up in San Francisco the son of Taiwanese immigrants. After graduating from The Branson School in Marin County, California, (the same high school as CelebrityNetWorth founder Brian Warner), Tony went on to Harvard where earned a degree in Computer Science in 1995. While at Harvard, Hsieh's entrepreneurial spirit first started to appear. He managed the Quincy House Grille and for an extra fee would deliver pizzas to Harvard dorms at a time when delivery was not an option. After college, Hsieh spent five months at Oracle, but quickly became discouraged working in a corporate environment. So at the age of 22, he struck out on his own and founded LinkExchange, one of the internet's earliest ad networks, in 1996.

LinkExchange was an advertising network that capitalized on the growing popularity of the Internet. Hsieh's members advertised their websites over LinkExchange's network with banner ads across a network of sites. The company launched in March 1996 with Hsieh as CEO. LinkExchange experienced explosive growth right from the launch, having found a niche market at just the right time. By 1998, the site had over 400,000 members with five million ads rotating each day. In 1999, Microsoft came calling and plunked down a cool $265 million to buy the company. Just weeks before his 25th birthday, Tony Hsieh was extremely rich. 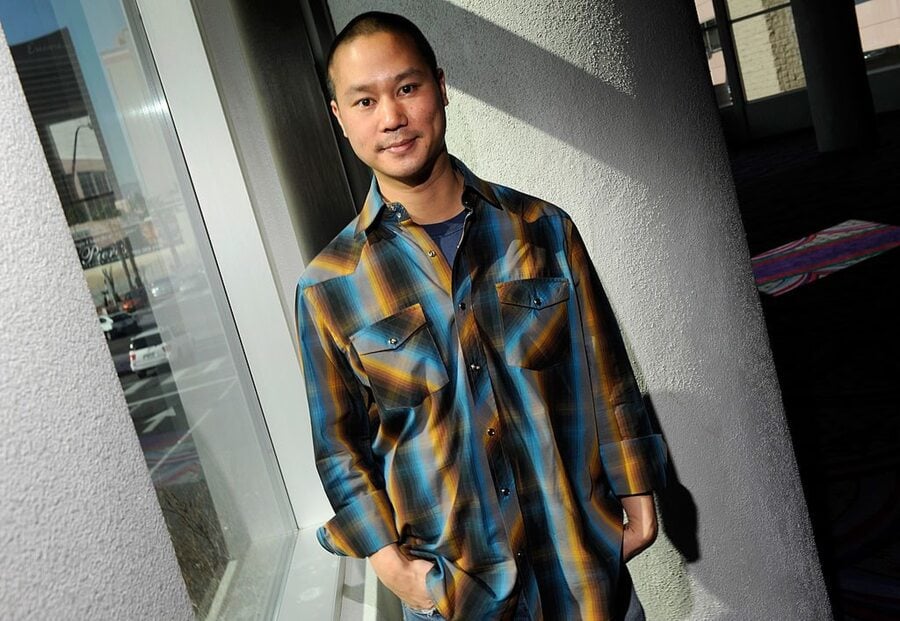 Someone else might take that $265 million and retire, but not Tony Hsieh. Clearly his ambitions run deeper than sitting on a beach drinking margaritas with senoritas. After selling LinkExchange, Tony went on to found Venture Frogs, a start up incubator and investment firm. He launched the company with his best customer from his days selling pizzas in his dorm at Harvard, Alfred Lin. Venture Frogs invested in an array of tech startups including Ask Jeeves, OpenTable and, of course, Zappos.

In 1999, as Hsieh was turning 26, he and Lin were approached with the idea of selling shoes online. At first, Hsieh was not convinced that this was even a remotely viable idea. But, after learning that the footwear industry in the U.S. (at the time) was a $40 billion market, with almost no sales occurring through the internet, he changed his mind.

In 2000, Hsieh joined Zappos as CEO. One of his first decisions was to relocated Zappos corporate headquarters to Las Vegas, citing the relatively reasonable cost of labor and real estate compared to the San Francisco Bay area. In his first year as CEO, Zappos earned an impressive $1.6 million in revenue. Nine years later, Zappos's revenues had grown to over $1 billion per year. Along the way, Zappos started to earn a reputation for having amazing corporate culture that focused acutely on employee happiness and providing the best customer service of any retailer. Zappos' internal culture is governed by what Hsieh calls " Zappos Family Core Values." They are:

On July 22, 2009 Amazon acquired Zappos for $1.2 billion worth of stock. Hsieh is said to have made at least $214 million from the sale. This figure does not include revenue through his investment in Zappos through Venture Frogs.

In 2010, Hsieh released his book Delivering Happiness, a book detailing his entrepreneurial adventures. The book debuted at No. 1 on the New York Times Best Seller list and stayed on the list for 27 consecutive weeks.

After the Amazon sale, Hsieh stayed on as advisor to Zappos and leased old City Hall building in downtown Las Vegas for 15 years. The neighborhood has been on the decline for the better part of 25 years, but where most saw homeless people, seedy motels, and blight, Hsieh saw opportunity. By the end of 2013, 1,500 Zappos employees will move from the company's current headquarters in the Las Vegas suburb of Henderson to the new downtown Las Vegas offices.

Next, Hsieh founded the Downtown Project, a $350 million revitalization project aimed at cleaning up the area, bringing in businesses, schools, residences and tech firms. Hsieh aims to give Las Vegas a modern urban core the city can be proud of and which he hopes will draw tech startups and other entrepreneurs to the area. The project's funding is divided between several initiatives: $200 million for investments in real estate, $50 million for health, culture, and education initiatives in Las Vegas, $50 million for tech startups, and the remaining $50 million for small businesses.

Hsieh's vision is to create a connected Downtown Las Vegas where residents and business interact, giving it the feel of a college campus where walking down the street you run into 10 people you know. Unlike most investors, who look at the short term ability to make money, Hsieh is taking a more patient approach with his Downtown Project, thinking of it as a long-term investment that will take a decade or more to fully be realized and mature.

Tony Hsieh, at 39-years-old, has had vastly more success in business than most people ever will in their lifetimes. He is self-made, has an uncanny ability to hop on trends just before they hit the mainstream, and his focus on great customer service and having happy employees is a testament to his character. Conan O'Brien once said "If you work really hard and are kind, good things will happen." Tony Hsieh seems to have perfected this principal and along the way earned a nice little $450 million fortune.