How To Make $3 Billion Selling Jeans: The Story Of Renzo Rosso And Diesel

By Amy Lamare on October 22, 2013 in Articles › Entertainment

Renzo Rosso looks more like a rock star than a fashion designer and that is reflected in the style of the clothing brand that has made him famous and fabulously wealthy: Diesel. From the start, Renzo took an aggressive approach to building his Diesel. His first Diesel Jeans store was deliberately located directly across the street from a Levi's store on Manhattan's Lexington Avenue. This bravado, coupled with his design talent, have earned Renzo Rosso the nickname "Jeans Genius". And thanks to the fact that he still owns 100% of Diesel, Renzo Rosso has earned something else that you might admire… A $3 billion dollar personal fortune. Here's how he did it… 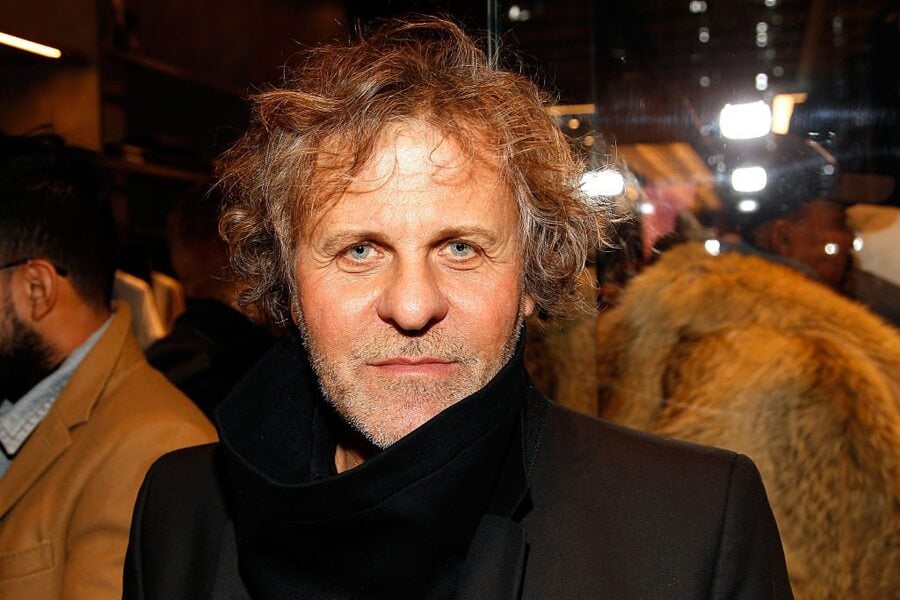 Renzo Rosso was born on September 15, 1955 in the village of Brugine, located in the Northeastern Italian region of Veneto. He grew up with a simple life as the son of farmers. He helped his dad in the fields after school and seeing how hard the life of a farmer was, became determined to do something else with his life. In 1970, the 15 year old Renzo began studying industrial textile manufacturing at the Marconi Technical Institute in Padua. It was during this time that he made his first pair of jeans, a low-waisted, bell-bottomed pair made on his mother's sewing machine. He continued to experiment with denim, making different styles of jeans that he would give to friends or sell at school.

Author Malcolm Gladwell has a theory that it takes 10,000 hours to become an expert at something. For instance, Bill Gates had early access to computers that set him up for success with Microsoft 15 years (and 10,000 hours) later. Renzo Rosso, working with denim at the age of 15, is surely the fashion equivalent of Gladwell's theory.

Rosso headed off to the University of Venice in 1973 to study Economics. During this time, Rosso was still helping his father run the farm, but was also financing his studies by working as a mechanic and a carpenter. All of these jobs are evident in his designs to this day. Take a look at Rosso's Fall 2013 collection. It is gorgeous, but dark, rough around the edges, and gritty.

Renzo dropped out of college in 1975 and went to work as a Production Manager at a local clothing manufacturer, Moltex, who made trousers for several Italian clothing labels. Moltex's parent company was the Genius Group, run by Adriano Goldschmied who would become Rosso's mentor and business partner.

Moltex grew rapidly during Rosso's first two years there and in 1978, after he had increased the company's production beyond what his bosses ever considered possible, he was ready to leave Moltex and strike out on his own. Goldschmied convinced Rosso to stay with a 40% stake in Moltex, shares in the Genius Group, and an agreement to form a new company together. That company was Diesel.

Renzo Rosso chose Diesel as the name of his company because diesel was considered to be an alternative fuel during the oil crisis of the time and he liked the idea of his brand being perceived as an alternative jeans brand apart from the plethora of casual wear brands (lacking style) that were out there at the time. It also helped that the word is an international term pronounced the same way all over the world, appealing to Rosso's view that fashion should not be segmented by country, but rather by lifestyle.

Rosso's view was right on the money as in 2004, after following his core values for almost 20 years, CNN proclaimed Diesel the "first brand to believe truly in the global village and to embrace it with open arms." As of August 2013, it has been estimated that since 1978 Diesel has sold more than 100,000,000 pairs of jeans. 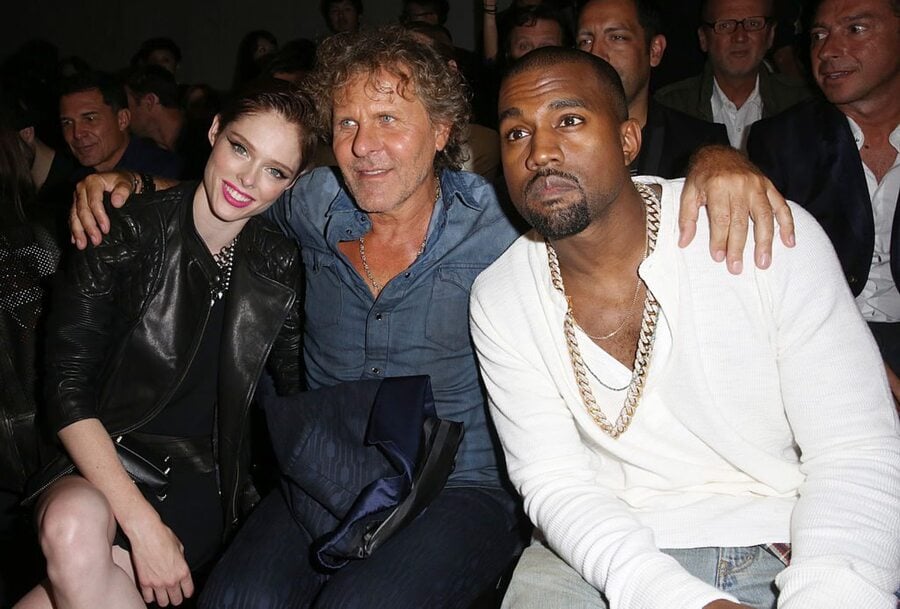 By 1985 Rosso was keen to gain creative freedom over Diesel's brand, so he traded his shares in the Genius Group, which was at the time Diesel's parent company, for Goldschmied's shares in Diesel. Sales of Diesel had reached $5 million annually at that point and Rosso wanted to turn the focus back to what he did best – denim. He began experimenting with ways of treating the fabric with washes, stones, and sandpaper. He went out and hired a handpicked team of likeminded designers in the late 1980s and Diesel began a period of incredible growth.

During the early 1990s, Diesel branched out into many different areas including snowboarding clothing, the art deco Pelican Hotel in South Beach, and, oh by the way, Rosso bought a farm near his parents. By the late 1990s, Diesel was getting hotter worldwide in fashion circles, thanks in big part to advertising and the Internet. Diesel was the first major fashion brand to launch a website in 1995. In 1997 Rosso followed that up with an online store. In the late 1990s, Diesel opened a number of stores around the world, starting with Lexington Avenue in New York, as well as Milan, Paris, and Rome.

From the start, Rosso has looked at fashion from a global perspective. Diesel wasn't going to be limited to Milan and Rome, or even Europe. He wanted to go global. Clearly he succeeded at that. In the 2000s Rosso focused on increasing Diesel's global reach even more, through opening more company owned stores, strategic brand collaborations, and expanding the business and product line of Diesel.

Part of that expansion included collaborations with other designers. In 2002, Rosso was asked to work with Karl Lagerfeld on a denim collection. The line was made up of five pieces presented during Lagerfeld's shows during Paris Fashion Week. The collection was called Lagerfeld Gallery by Diesel and was co-designed by the Kaiser himself and developed by Diesel's Creative Team. The collection was sold in very very limited editions at prices ranging from $240 to $1840. The line sold out 90% of inventory within one week.

The expansion also included partnerships. One was with L'Oreal on Diesel's first fragrance, Fuel for Life Another was with Fiat. In 2008 Rosso was asked to re-design the classic Fiat 500. This model was one of Fiat's most popular cars in their history. Rosso's version was called '500 by Diesel' and featured unique design details both in the interior and exterior. Another partnership was with Adidas, also in 2008. 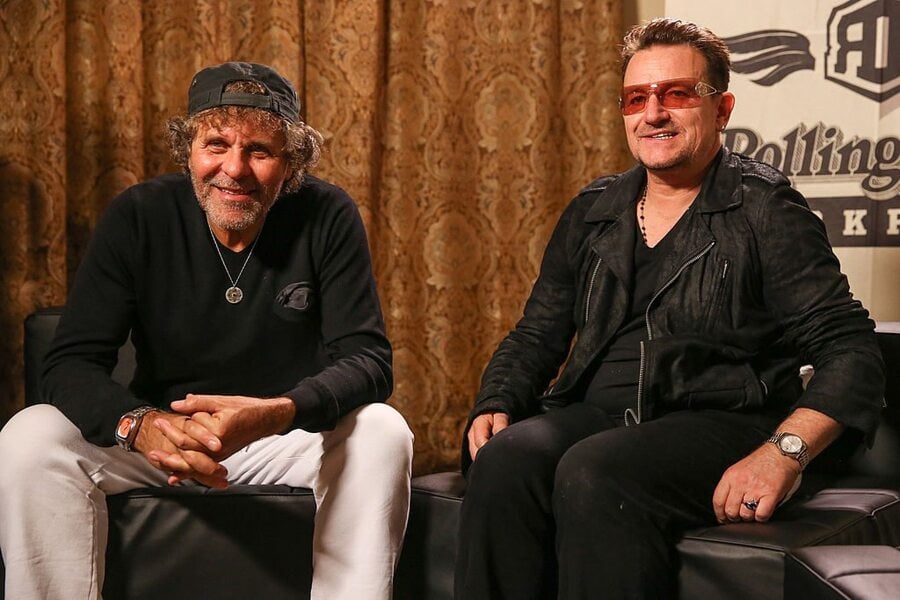 In February 2008 Rosso launched a new line, a premium extension called Diesel Black Gold. The collection took Diesel's expertise in denim and paired it with exceptional craftsmanship and tailoring. Artfully distressed denim and leather were featured. Diesel Black Gold is the largest non-designer label in the contemporary high-end fashion market, living up to the brand's original identity of being alternative.

All of this activity in 2008 was no coincidence. It was designed to lead up to the 30th anniversary of Diesel on October 11 when Rosso through 17 parties across the globe. All of the parties were broadcast live online and spanned a 24-hour time period. The party started in Tokyo and moved on to Beijing, Dubai, Athens, Helsinki, Amsterdam, Milan, Zurich, Munich, Paris, Stockholm, Copenhagen, Barcelona, Oslo, London, Sao Paulo, and finally New York, where Rosso was in attendance.

Rosso's vision for his own company is clear, but since the early 2000s he's also invested in other fashion designers and companies whose creativity he admired but who were lacking crucial financial stability. In other words, he gave struggling designers a chance to make it and since then he's become a major player in the world of fashion. In 2008, he created the holding group Only the Brave (OTB). As of early 2013, the group has stakes in Maison Martin Margiela, Marni, and Viktor & Rolf, among others. OTB has more than 6,500 employees worldwide.

Rosso's entire career trajectory has been balls out flamboyant. He knew what he wanted and he went after it with gusto. But it isn't just Diesel's lines, collections, and brands he applies this flamboyant energy to. As we've already seen he aggressively invests in and supports designers he believes in. Rosso has extraordinary vision both creatively, corporately, and when it comes to investments. He's been called the 'Jeans Genius,' the 'Denim God,' and the 'King of high-end casual wear'.

Rosso paved the way for the designer denim explosion of the post-2000 era. Without Rosso and Diesel there would be no True Religion, no 7 for All Mankind, no Paige, no Joe's Jeans, no Citizens of Humanity, and so on. Rosso created it all and paved the way for all of those $200 jeans you have hanging in your closet right now.

Philanthropically, Rosso is incredibly involved through his Only The Brave Foundation which was established to help disadvantage children in Northeast Italy. Over time, the foundation's main purpose shifted to Africa where together with other philanthropists, he built the Only The Brave Millennium Village, which helps communities lift themselves out of extreme poverty. The first steps included distributing seeds and fertilizers to boost agriculture, providing mosquito nets to decrease malaria, and constructing a new health clinic. Additionally, a new primary school, equipped and run with solar panels, was built with expanded classrooms, bathrooms, and a new school kitchen. This is only the tip of the iceberg when it comes to Rosso's involvement in bettering the lives of those less fortunate.

Rosso was born in Italy in the 50s and grew up with the whole James Dean American myth in his head. When it became time to focus his vision, he found the fabric he related the most to was denim. In the late 1970s, denim had only recently evolved from a working class staple and was still pretty inexpensive. The journey wasn't always easy. When he started, he artfully aged denim with stones, sandpaper and other materials. Then he found he had to explain the concept of vintage to people. After all, if Levi's or the Gap were selling jeans for $30-40 and Rosso's were $100, he had to justify it. He created high-end denim and transformed the jeans market, becoming a billionaire along the way.