Mainland China Gets Its First Disneyland

By Daniel Lipson on July 3, 2016 in Articles › Entertainment

Disneyland just opened its first location in mainland China (their Hong Kong location opened in 2005), to the tune of $5.5 billion. Disney CEO, Bob Iger, spoke with CNBC to explain why opening this park is an important entrée for Disney in China. As a universal brand, it's important to bring recognizable content to a wide range of people. He vows to grow their motion picture business, as China is currently the number two movie market in the world, and he plans to produce Disney movies there. There are also opportunities to grow the retail and television markets, but must be wary of local regulations.

The park is an important first step in getting local appreciation and recognition. He sees Chinese consumers as fully integrated in the Disney craze, but they wanted to make sure the park showed respect for the local culture. They made the park distinctly Chinese, eliminating things like Main Street that were deemed irrelevant to the market and instead introducing things like Mickey Avenue. The language naturally had to be incorporated throughout, as did the local cuisine.  The entertainment and architecture are also distinctly Chinese, so that locals can feel that this Disneyland is catered to them. 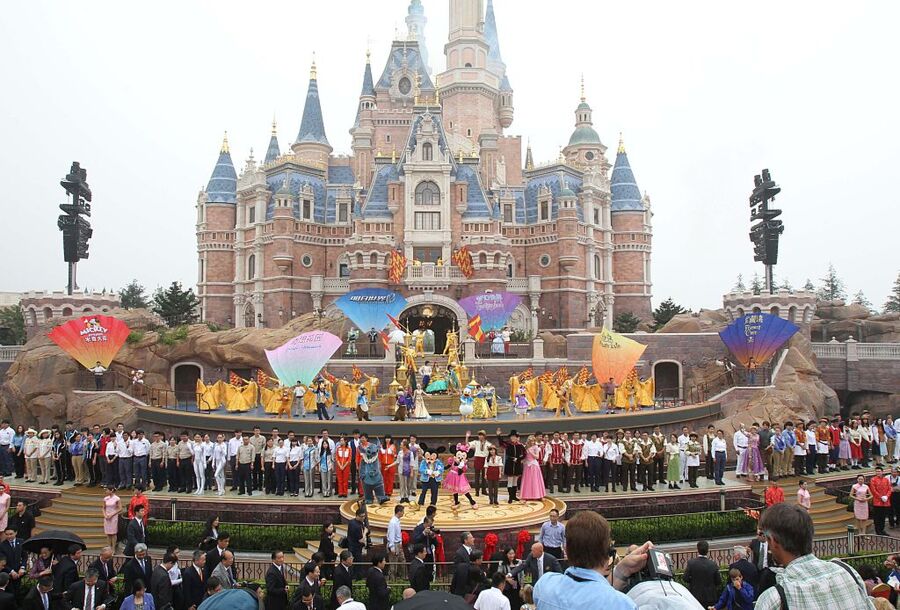 In China, there is a lack of relaxing outdoor areas in most urban centers, so the designers added the Gardens of Imagination and Wishing Star Lake to help answer that need. The park is an investment for the future – even though the economy is showing signs of slowing, the park is built with a very long term economic view. Their pricing takes into account the current economy and the average consumer's spendable income. The target consumer base is everyone, from grandparents to grandchildren, to singles and couples.

Rival entertainment firms in China have been very critical of the new Disney park, and Disney is aware of their competition. From what Iger says, it seems like Disney isn't very intimidated. "So, to those that are criticizing us, they clearly do not know our product, or they suffer from significant envy for that product, and frankly, what they've said is completely immaterial to us." Disney comes with Disney stories, characters, and intellectual property. The level of quality is unique, as is their 60 years of experience with operating parks.

Part of the danger of being Disney is protecting their valuable intellectual property. Local governments and investors have been very supportive and helpful in contending with those issues, and offered assistance in an environment that is often hostile to foreign businesses.

Chinese customers will get a completely separate experience from the Hong Kong park, comparable to that of the two parks in the United States. In addition to a year filled with big movies, Disney's next task will be expanding their existing parks and working on new cruise ships.