By Amy Lamare on December 1, 2016 in Articles › Entertainment

Madonna burst onto the music scene in the early 1980s as a raw, fashionable dynamo out of the Detroit suburbs. These days, the Material Girl is decidedly more posh. She can afford to be, with her $800 million net worth. From her music, to her tours, to her perfume and clothing lines, Madge knows how to make a buck. The 58-year-old singer's recent Rebel Heart tour grossed $170 million, which brought her lifetime career tour total to $1.4 billion. Let's take a look at how she became a global phenomenon.

Madonna was born Madonna Louise Ciccone in 1958. She grew up going to Catholic schools in the suburbs of Detroit. At Rochester Adams High School, Madonna was a cheerleader and straight A student. After graduation, she enrolled at the University of Michigan, but dropped out of college in 1978 and moved to New York City. In 1980, she began writing songs and performing wherever she could. She met an executive at Sire Records who signed her to a singles deal. "Everybody" was released in 1982 and was a huge hit. Over the next two years she released four more songs: "Burning Up," "Holiday," "Borderline," and "Lucky Star" which were top 10 singles. Her debut album, "Madonna" was released in 1983 and peaked at number eight on the charts. Madonna was suddenly everywhere you turned. 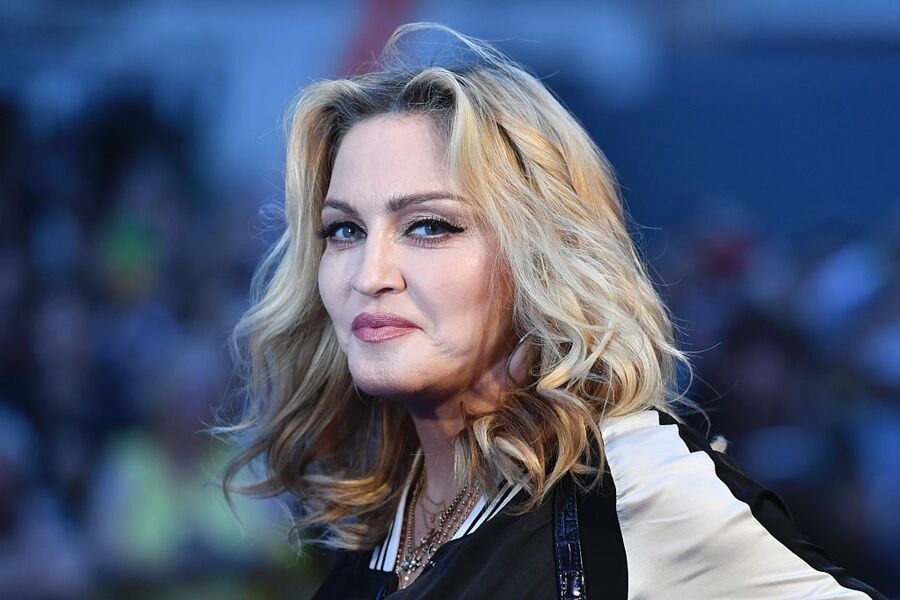 But it wasn't just her music that drew legions of fans. It was the way she dressed, the way she danced, and her attitude. Young girls around the world began dressing like their favorite new pop star. Her style became one of the biggest fashion trends of the 1980s.

Madonna's second album "Like A Virgin" was released in November 1984. It became a global hit and her first number one album. That same year, she performed at the very first MTV Video Music Awards appearing on stage standing on top of a giant wedding cake while wearing a wedding gown and white gloves. The performance became one of the most iconic moments in VMA history.

We all know what happened next. She made a series of now legendary music videos and starred in Desperately Seeking Susan. She married and divorced Sean Penn and taught us all how to "Vogue." She released the book Sex, filled with sexually provocative and explicit images in 1993. She starred in Evita, married Guy Ritchie and became a global superstar.

Madonna hit the music scene at precisely the right time. She had the look and the dance moves to dominate the brand new music video cable channel MTV. Her songs were catchy and her videos were gorgeous. Madonna capitalized on the moment she was in and rode it to superstardom.

But along the way, she also became a savvy businesswoman. Madonna is one of the first artists to realize that she can't just rely on her music to bring in money. In recent years she's made roughly $10 million for her Material Girl clothing and shoe line. In 2012, she debuted her perfume, Truth or Dare, and made $60 million off that alone!

Madonna's career—the building of her personal brand that she's been doing since the early 1980—has become not just an inspiration but also the business model for younger artists like Lady Gaga. And artists like Taylor Swift have realized that making money of their merchandise is the way to ensure high earnings—something else younger artists have Madonna to thank for.

Over the course of her career, Madonna has sold more than 300 million records worldwide. She is the best selling female recording artist and the fourth best selling act of all time. Only The Beatles, Elvis, and Michael Jackson have sold more than Madonna.

Even now, at 58, she keeps forging new ground with her music. With a net worth of $800 million, it shouldn't be long before she becomes a billionaire.