Everything You Need To Know About Ja Rule's Disastrous Fyre Festival

It looked amazing. Instagram models Bella Hadid and Chanel Iman promoted a weekend getaway to the Bahamas for a brand new music festival. This was going to be THE music festival to beat ALL music festivals. Gourmet food, luxury accommodations, private jets to the island, super yachts, and a curated experience tailor made for the most discerning millennial, Fyre Fest promised to deliver it all.

In the end, festival goers who paid thousands – $4,000 to $250,000 for a group VIP experience – were left stranded with FEMA tents as accommodations, cheese sandwiches in Styrofoam containers, no water, and a festival site rife with thieves, feral dogs, and violence. The luxury jet set experience they expected turned out to be Lord of the Flies meets The Hunger Games. Oh, and all the bands scheduled to appear bailed out before the festival started.

The Fyre Festival was the brainchild of 25-year-old computer programmer turned failed event promoter Billy McFarland and rapper JaRule. The festival was scheduled to take place over two weekends, April 28-30 and May 5-7. It was to be held on the Exuma Islands in the Bahamas. Festival goers arrived to complete chaos. Instead of a posh beachside concert set up they were dropped off in a lot covered with gravel with a half built stage, FEMA tents, and no lighting.

Fyre Festival started promoting their event in January with a video featuring Bella Hadid and Chanel Iman partying near yachts. The organizers promoted a weekend on a private island with accommodations in "modern, eco-friendly, geodesic domes." Acts including Blink-182, Major Lazer, Migos, Tyga, and Pusha T were scheduled to perform.

There were signs of disorganization weeks before festival goers arrived. PageSix published a piece on April 17 that claimed the event organizers were in WAY over their heads. The article outlined a number of scheduling issues. The Wall Street Journal reported that the Fyre Festival missed payments to their musical acts. Logistical details were slow to make their way to the people who paid thousands to attend the event.

Still, the people went to the Bahamas. They found issues with flights (the festival could no longer afford the promised private jets), food, lodging, and itineraries. A Twitter account @FyreFraud has been rather gleefully sharing news of the chaos on Grand Exuma Island.

Complaints from attendees are coming in via Instagram, Twitter, and Reddit. They are a combination of tragic and hilarious. One commenter said that "the luxury boutique accommodations are literal disaster relief tents with beds in them" and "the gourmet chef food handed out so far is two slices of bread, cheese slices, and a handful of greens in a Styrofoam container."

A testimonial from a woman who worked for the Fyre Festival briefly was posted on NYmag.com. In it, she said the bros promoting the event knew they were in over their heads and when confronted with the reality of their failed logistics said:

"Let's just do it and be legends man."

We're not sure he understands what it means to be a legend.

If you visit the festival website today, a statement pops up that reads:

"Due to circumstances out of our control, the physical infrastructure was not in place on time and we are unable to fulfill on that vision safely and enjoyably for our guests. At this time, we are working tirelessly to get flights scheduled and get everyone off of Great Exuma and home safely as quickly as we can. We ask that guest currently on island to not make their own arrangements to get to the airport as we are coordinating those plans. We are working to place everyone on complimentary charters back to Miami today; this process has commenced and the safety and comfort of our guests is our top priority. The festival is being postponed until we can further assess if and when we are able to create the high quality experience we envisioned."

Festival attendees are still trying to get off the island.

Things go wrong, we get that. But when, the WEEK OF or even THE DAY BEFORE festival goers were due to arrive there was no lodging, a half built stage, no food, no water, don't you think a reasonable, mature, experienced event promoter would call the whole thing off rather than allow people to travel to that chaos?

Co-organizer JaRule issued a non-apology saying that the festival was, "NOT A SCAM" and definitely "NOT" his "FAULT." 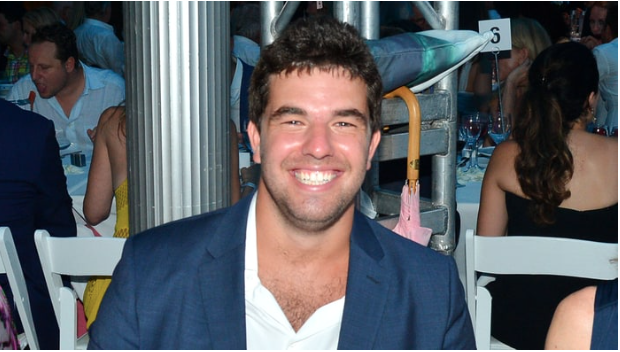 Billy McFarland, the 25-year-old co-organizer of the truly epic logistical nightmare that the Fyre Festival is issued a statement through Rolling Stone on Friday:

"I was a computer programmer, and after computers, the two things I love most are the ocean and, for some reason, rap music. So these three hobbies of mine somewhat led me to meeting my partner, Ja Rule."

The rapper and his young friend took flying lessons together and this is when they came up with the idea to throw the most kick ass party the world had ever seen.

McFarland lays the blame for the festival disaster on a bad storm Friday morning that destroyed tents and water pipes. This explains nothing. They were literal FEMA tents, not luxury lodging.

Later in the letter from McFarland that Rolling Stone published, he says: "We were a little naïve." In his very next statement he promises to start planning next year's event a lot sooner.

One thing is for sure, McFarland will go down as a legend. He just may not be employable for a good long while.

McFarland promised full refunds to everyone who planned to attend the festival.