Luck, Hard Work, Ambition – These Are The Traits You Need To Become A Billionaire

Perhaps, like me, you spend time pondering how people like Bill Gates, Oprah Winfrey, Steve Jobs, and Mark Zuckerberg found it in them to have the drive, determination, and work ethic to dominate their industries and make billions of dollars. I mean it is tiring just getting up and working out and going to work and dealing with our families, friends, pets, and lives, am I right? So what makes billionaires different from you and me, other than the size of their bank accounts?

The truth is that billionaires actually are different. They have strengths and traits that most of us simply don't have. Whether they were born with these traits or developed them along the road to success and wealth is irrelevant. They have them and these traits have helped these billionaires succeed beyond their wildest dreams. The good news is, since most of these traits aren't inherent, you can work on developing them for yourself. Maybe they'll lead you to wealth, but we can guarantee they will lead you to a better life.

Oprah Winfrey's story is well known. She grew up very poor and went on to dominate daytime television. Even now, she doesn't let her $3 billion net worth get to her head. She maintains a consistent attitude of gratitude for everything she has. In fact, she inspires her fans with words like:

"Be thankful for what you have; you'll end up having more. If you concentrate on what you don't have, you will never, ever have enough." 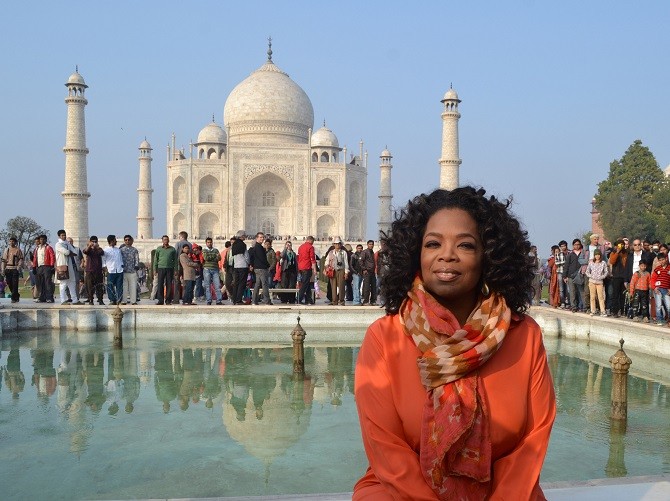 Mark Zuckerberg was relentless in the early days of Facebook. He took lessons learned from ConnectU, the brainchild of the Winklevoss twins, and built Facebook to be a better product. He expanded it outside of Harvard to other colleges (and eventually the world) and built an empire that toppled the then almighty MySpace. Oh, and he amassed a net worth of $32 billion before he turned 30 years old.

Warren Buffett is the second richest man in America with a net worth of $67 billion, which he built slowly. Buffett has never been a fan of hot, trendy stocks, nor has he ever reacted rashly to fluctuations in the market. His investing philosophy is "set it and forget it" and he's often said that it's easy to get rich over time, but it is not easy to get rich quick.

Bill and Melinda Gates have devoted the bulk of their $86 billion net worth to bettering the lives of the poorest people in the world. In fact, along with Warren Buffet, he and Melinda are founding members of the Giving Pledge. Even though Gates has pledged to give away at least half of his billions in his lifetime, he has always been quick to recognize that his contributions are nothing compared to the ways some other people help.

"I'm not giving up food, or vacation, or a trip to the movies," Bill Gates said in a video interview for Reddit. "I essentially sacrifice nothing that I want, and there are people who are out in the field and they are giving more." 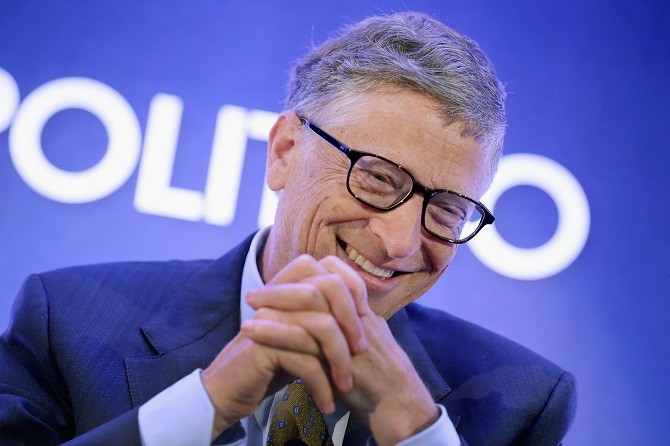 When Michael Bloomberg was 39, he was fired from the only full-time job he'd ever had. He decided to take a big risk and started his own company based on an idea he had. It was a risky idea that had never been tested—he wanted people to be able to have financial information available right on their computers. This was in 1982 before a lot of people had personal computers and nearly everyone predicted he'd fail. Bloomberg said:

"Life is too short to spend your time avoiding failure."

Amazon founder Jeff Bezos has long said that his willingness to fail has made him successful—that's a brave admission from the man who changed the way we shop. Bezos said:

"I cannot overstate how important incremental innovation is. But for the big innovation, you have to be willing to fail."

Oracle founder Larry Ellison is a college dropout, yet he credits his inquisitive nature as being responsible for his success.

"The most important aspect of my personality, as far as determining my success goes, has been my questioning conventional wisdom, doubting experts and questioning authority," Ellison said. "While that can be painful in your relationships with your parents and teachers, it's enormously useful in life." 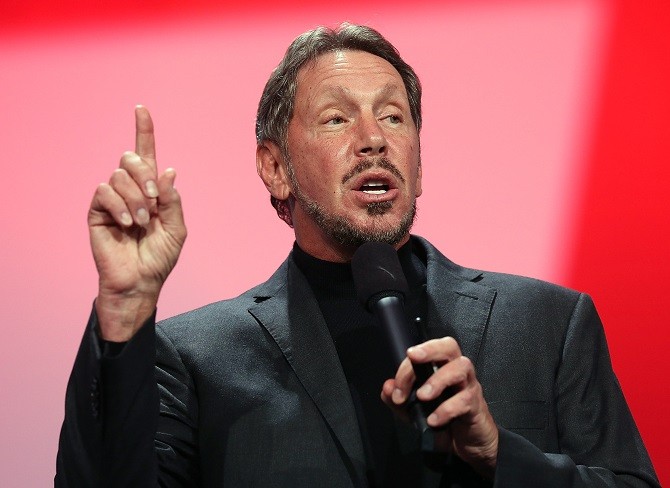 Believe it or not, Sergey Brin had no idea Google would even make him one penny, let alone become the empire it is. He was simply a college checker who wanted to build a better technology for searching the Web. He succeeded and then he and his partner Larry Page maxed out their credit cards to buy the computers and servers they needed to launch Google.

When Larry Page maxed out his credit cards to co-found Google, he wasn't sure that there were any truly practical applications for the search engine he and Sergey Brin had created. It was the early days of the Internet, and time had not yet proven how the world would come to rely on Google. He just listened to his gut and it led him to a net worth of $29 billion.

Jan Koum founded WhatsApp after dropping out of San Jose State University. His goal in creating the application was to change the mobile messaging industry. He succeeded and along the way sold his app to Facebook for $19 billion, which helped boost his personal net worth to $6.8 billion. WhatsApp has over 500 million active monthly users. Jan signed the paperwork for Facebook's acquisition on the door of his former welfare office:

In almost every case, if you want to build a billion dollar empire, you've got to be a people person. Mark Cuban has based the building of his $2.7 billion net worth on the importance of winning hearts and minds.

"People hate dealing with people who are jerks," Cuban said. "It's always easier to be nice than to be a jerk. Don't be a jerk."

Richard Branson didn't become a billionaire private island owning man by playing it safe. The founder of the Virgin Group–which is made up over more than 400 companies–believes you have to bust out of your comfort zone and take risks in order to achieve not just wealth, but greatness. He is also a well-known daredevil.

"You don't learn to walk by following the rules. You learn by doing, and by falling over."