How To Lose 96% Of Your Fortune And Get Fired From Your Own Company: The Downfall Of American Apparel Founder Dov Charney.

For a while, it seemed like American Apparel stores were replicating like Starbucks. They popped up on corners and in malls all over the world, taking over the t-shirt aesthetic that Gap had owned for decades. Along the way, there were a lot of grumblings about company founder Dov Charney's proclivity for inappropriate behavior. He reportedly enjoyed walking around the office in his underwear and may have conducted job interviews in the nude. Or worse. There were the allegations that he openly consumed cocaine in front of employees. And there was the bizarre story of how he supposedly imprisoned an employee in his home, treating her as a sex slave. Then there were the company's hyper-sexual, borderline-pedophilic billboards that seemed to be plastered all over every major American city. This company was clearly run by a different kind of CEO. A CEO who also single-handedly changed the way many of us dress today. A CEO who helped his company go public to roaring cheers of Wall Street analysts. A CEO who and sat back as 96% of his $700 million+ fortune evaporated into the air over a matter of years.

At a meeting of American Apparel's Board on June 18th, 2014, Dov Charney was given an ultimatum: Resign voluntarily and give up all equity voting rights, or get fired for misconduct. If he agreed to resign, Charney would have received a multi-million dollar severance package and a four year cushy consulting gig. He refused the offer. So who is Dov Charney? How did he launch and then essentially destroy American Apparel? 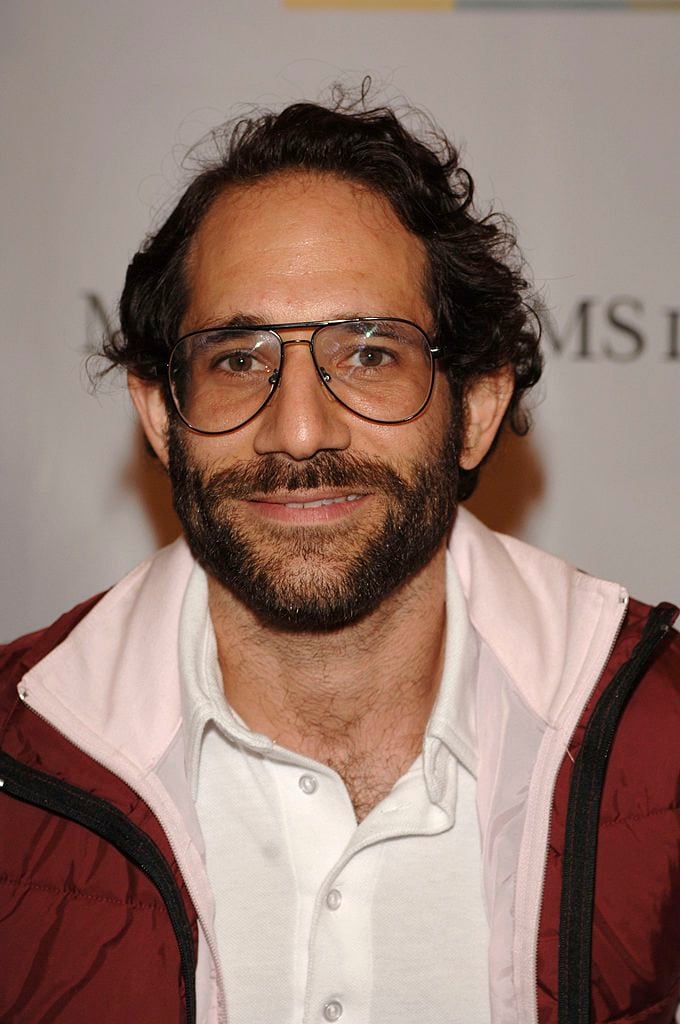 Dov Charney has always been an outsized character. He's even proudly called himself a Yiddish hustler. He was born on January 31st 1969 in Montreal, Canada. For high school, he attended the prestigious Choate boarding school in Wallingford, Connecticut. After high school, Dov briefly attended Tufts University but left to launch a wholesale t-shirt company in South Carolina. When that company ran into financial trouble, he abandoned South Carolina and set up shop in Los Angeles.

In L.A., Dov found himself smack dab in the center of the Korean community that dominated the city's fast fashion business. He launched American Apparel in 1998 and for the first five years, the company was strictly a wholesale business. The first American Apparel store opened on Sunset Boulevard in 2003. It was far east of the Sunset Strip, in the then-untrendy neighborhood of Echo Park. Charney launched his retail business as a place to find logo-free clothing made locally, not in sweatshops. In the Juicy Couture era, this was a breath of fresh, if bland, air.

As you may have noticed, over the next decade, American Apparel expanded at a furious pace. Meanwhile, workers in the company's factories were paid $12 per hour on average – which is generous compared to other companies in the fast fashion industry.  The flagship factory, a seven-story, 80,000 square foot, nearly 100 year old building, is the largest garment manufacturer in the United States. Roughly 3,300 employees make a million pieces of clothing EVERY WEEK. They produce everything from the brand's now iconic t-shirt to leggings, dresses, shorts, swim wear, socks, and underwear in 31,000 styles, sizes, and a rainbow of colors.

But efficiency and living wages could not make up for the bad press that seemed ever-present in Charney's world. One early very red flag occurred shortly after that first retail store opened. During an interview with a Jane Magazine reporter named Claudine Ko, Dov asked Ko if it would be okay if he masturbated. Shockingly, she gave her consent and the two carried on talking the business of American Apparel while he reportedly pleasured himself. Charney then allegedly proceeded to have oral sex with an employee in front of the reporter.

Red flags aside, by mid-2005 American Apparel was operating over 50 stores in five countries and was generating sales north of $250 million.

Meanwhile, Dov had been hit with two different sexual harassment lawsuits. One was dismissed in arbitration. The other, in which an ex-employee charged that Charney created a hostile work environment, resulted in a settlement of $1.3 million in exchange for no liability on the company's part. Starting in 2006, American Apparel began requiring employees to sign a document that acknowledged that the company was a "sexually charged" workplace. 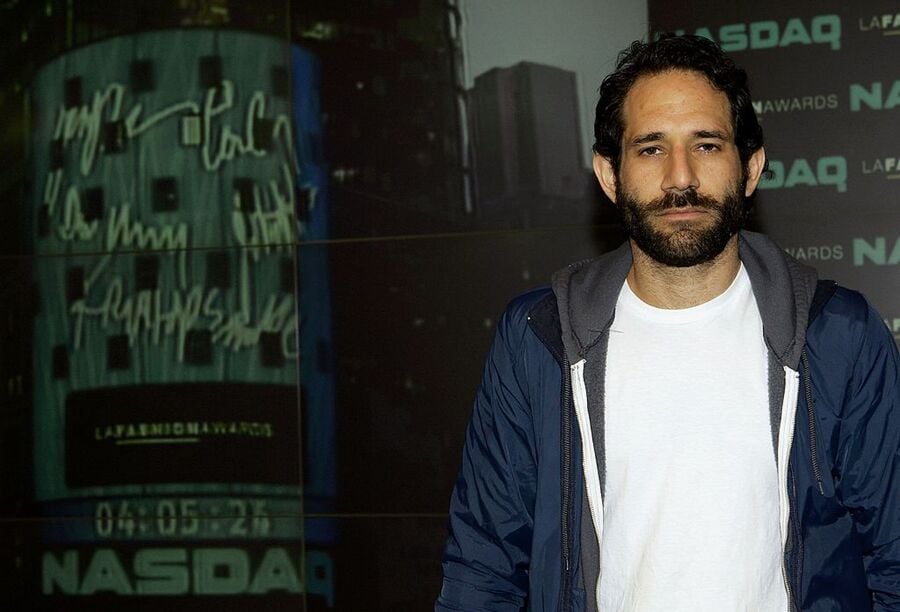 Using money that was raised by the public offering, American Apparel opened more than 100 stores between 2007 and 2008. Then the recession hit. And as the economy slumped, people realized that spending $40 on a cheap t-shirt may not be a real necessity. The company's sales and stock price both started to slide.

In 2009, American Apparel, which had previously touted its immigrant workforce, was subjected to an immigration audit and subsequently had to lay off more than half of its factory workers. Then another thousand workers quit of their own accord in fear of being scooped up in an immigration raid.  The loss of employees resulted in major production delays. Things got so bad that at one point Charney had to personally guarantee loans on prime retail space for new stores.

In 2013, the company embarked on an ambitious project to build out an automated distribution center in a suburb of Los Angeles. This center was supposed to save the company $5 million a year. Construction delays, software problems, and poor training made getting the center operating efficiently a huge challenge. Orders were mishandled. One customer got a box that contained nothing but packing tape.

In August 2013, Charney moved into the new facility with a mattress and a hot plate. He also had a shower installed. Charney thought this showed his dedication to the company. The Board saw it as Charney becoming more and more unhinged. The problems in the new distribution center ended up actually costing the company $15 million. To make matters worse, a $13.5 million interest payment was due in April and the company did not have enough money to cover the bill. Charney was forced to sell some of his own shares to help stave off insolvency.

Clearly, change was necessary. On June 18th, Dov rejected the Board's ultimatum. The day after Charney was fired, security guards were hired to keep the former founder out of the corporate offices. Access codes were changed and cameras were installed nearby to monitor the building.

Charney refused to go quietly. The board was left with no choice but to issue the release they had prepared in advance saying that Charney had been relieved of his duties as Chairman, suspended as CEO, and would be officially fired after a 30-day waiting period per the terms of his employment contract.

Dov Charney went into survival mode post-firing. He scrambled to raise money and find any way possible to get his company back. He eventually worked out a deal with a New York hedge fund called Standard General. The fund had already been buying stock in the company in hopes of having some influence over the direction of the oft troubled company. Charney gave Standard General control of his entire stake in American Apparel. With that, he also gave them control of his future at the company he founded.  However, despite Standard General acquiring shares and loaning Charney $20 million at 10 percent interest to buy them, the Board enacted a defense to keep Charney from ever regaining control.  A week later, they took their shares and exercised their influence to bring in new board members, sort out and fix the company's finances, and keep the downtown L.A. factory open. Charney will be a strategic consultant during this period.  The new Board will determine his ultimate fate but for now, all signs point towards the Dov Charney era at American Apparel being over. Finally.