By Amy Lamare on August 26, 2020 in Articles › Entertainment

In the market for a home with some history? We've got one for you. In the Brentwood neighborhood of Los Angeles, a gorgeous 1930's English Country style home that once belonged to the late Martin Landau and his wife actress Barbara Bain is on the market for the first time in 16 years. A cool $3.879 million will make the 3,700-square-foot, four bedroom, four and a half bathroom home at 241 Barlock Avenue yours!

The home was designed by Allen Siple, who is best known as the architect behind Beverly Hills' chic Trousdale Estates neighborhood. The house has decorative wainscoting, pegged-wood floor, alcoves, and diamond-paned windows that date back to the original home. The home has a circular floor plan that is centered around a rotunda entry. The home has a lovely stone courtyard with a fireplace and room for a table for dinners outside. It also has a library with dark wood beams and a brick-lined billiard room complete with its own wet bar. The backyard features a trellis covered brick patio, fire pit, large swimming pool, a spa, and a cabana. The home is ideal for entertaining. 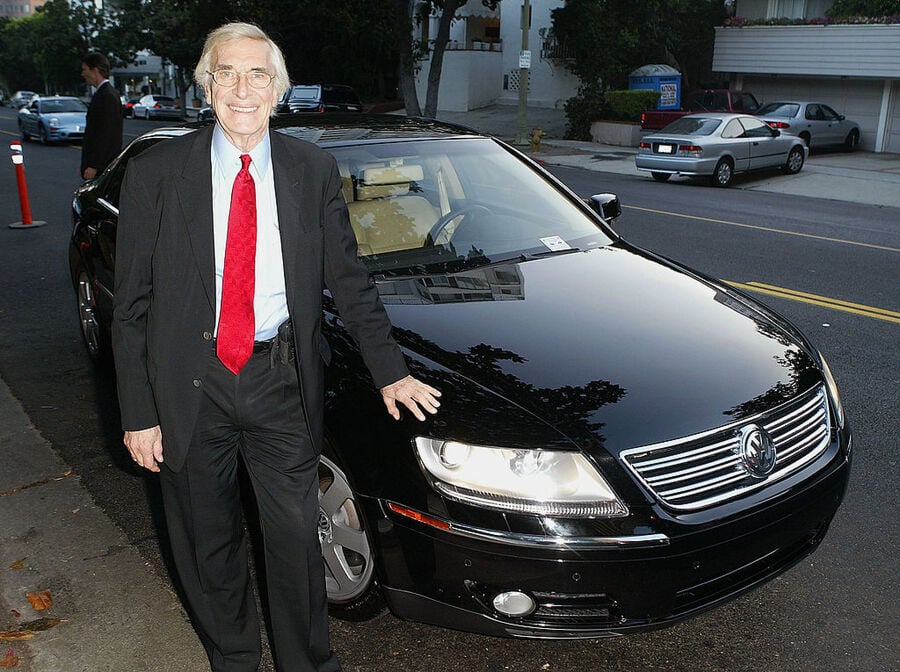 Landau was nominated for three Oscars for his work on "Tucker: The Man and His Dream," "Crimes and Misdemeanors," and "Ed Wood." He won the Academy Award for "Ed Wood." His ex-wife, 88-year-old Barbara Bain, won three Emmys for her role in the 1960s series "Mission: Impossible." They were married for 36 years. They got married in 1957 and divorced in 1993. They had two daughters, Juliet and Susan. Landau passed away on July 15, 2017 at 89 at Ronald Reagan UCLA Medical Center.