Looking To Earn Some Extra Money? Sell Your Poop For Cash!

By Joey Held on February 8, 2015 in Articles › Entertainment

One of the greatest books ever written is a 27-page picture book by Taro Gomi called Everyone Poops. The title is also quite accurate, as everyone from babies to adults, dogs to cats, and elephants to lions, does, in fact, poop. And for most of human history, human poop has not been very valuable. In fact we've spent hundreds of years perfecting the art of getting rid of our waste as fast as possible. But that's all about to change! Thanks to a company called OpenBiome…

OpenBiome is a nonprofit organization that is trying to expand safe access to fecal microbiota transplantation (FMT) therapies. OpenBiome uses FMTs to treat people with Clostridium difficile, an infection that eats away at intestinal lining. The infection can prevent a person from leading a regular life, as it keeps them bedridden. And C. difficile isn't as uncommon as you'd think. Almost 500,000 people are infected every year, and at least 14,000 people die from the condition annually, according to OpenBiome. 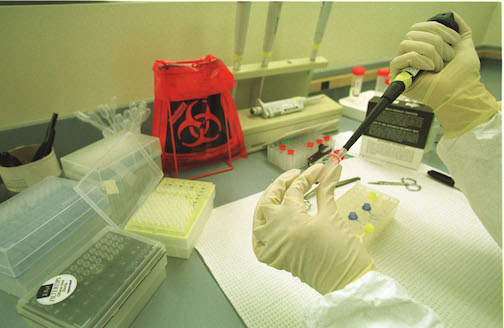 But there is good news! FMTs, it turns out, are quite the foe for C. difficile. Ninety percent of the time, FMTs completely eliminate the infection. In fact, OpenBiome has already delivered 2,000 treatments to about 200 hospitals. Your stool could actually help save lives!

So how does it all work?

OpenBiome removes fiber and bulk from stool samples before it's homogenized, filtered, and given to a patient. The treatment can be given in four different ways: a colonoscopy, pill, enema or through nasal tubes.

And to thank the poop provider, donors receive $40 per sample, and a $50 cash bonus if they contribute five times in one week–not the most difficult feat to achieve. For those of you scoring at home, that's $250 a week for something you'd (hopefully) just flush down the toilet.

But before you get too excited, OpenBiome does have a rigorous screening process. They won't accept just any sample, and there are plenty of rejected applicants to prove it. The organization accepts just four percent of the people who apply, and currently has only 16 active donors.

But four percent is better than zero percent, so it's worth a shot. Who knows? This might be one game of craps you can actually win.