Look Out Prince Harry, The IRS Wants Its Share Of Your Royal Fortune

By Amy Lamare on December 3, 2018 in Articles › Entertainment

This Royal Family is staring down the barrel of a loaded gun held by the U.S.'s Internal Revenue Service. The IRS is looking very closely at the income of Meghan Markle, who is still an American citizen, and her very royal husband, Prince Harry. It may be that the newlyweds owe the IRS a slice of the multi-million dollar (pound) fortune. As an American citizen, Markle has to pay tax in the U.S., whether she is a Duchess or not. The funds that would be taxed would extend to anyone else she receives money from, including her husband. This could hit both Markle's $5 million fortune and the $384,000 a year trust fund that is Prince Harry's main source of income, on which he pays income tax in the UK.

The IRS probe could extend to the Queen and Prince Charles since they provide funding for the couple. According to the Sunday Express, the royals have hired a team of American financial consultants to deal with the mess. One of the consultants said:

"We're looking at a level of financial exposure the Royal Family has never had to face before." 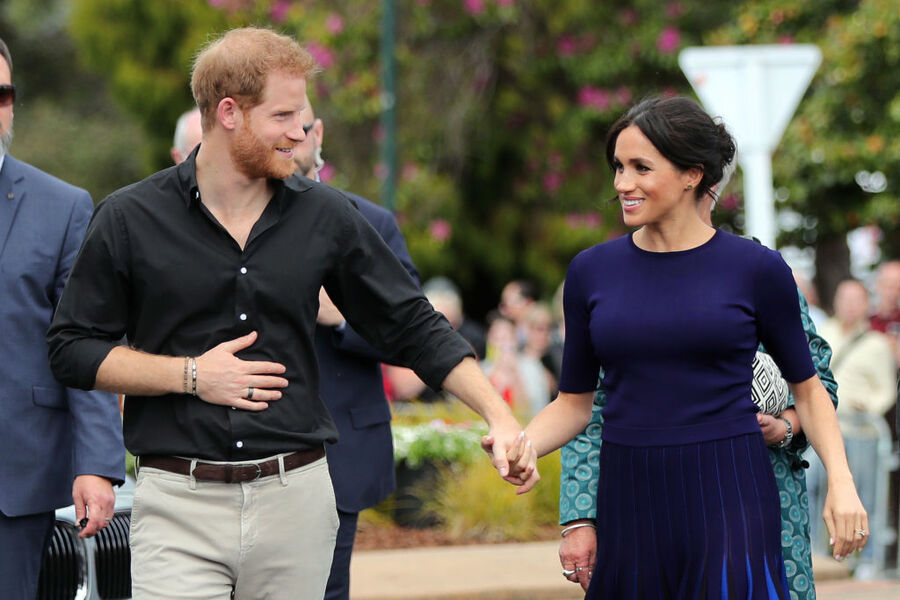 Meghan is living in the UK on a family visa. Her tax situation will remain complicated as long as she remains a U.S. citizen. IRS tax laws mean that even if Meghan lives in the UK full time, she will still have to file a US tax return every year. Meghan has to disclose to the IRS the complete details of her finances and any joint assets she shares with Harry that are in excess of $200,000.

By joining the Royal Family, Meghan gets a number of perks such as the use of Nottingham Cottage on the grounds of Kensington Palace. This property will need to be valued and declared unless Markle is paying rent for its use. Her future residuals from her acting career will also be taxed in the U.S., whether or not she steps foot in the country. When it comes to the IRS, the Duchess of Sussex is simply, Meghan Markle.

This is a unique case, as Markle could be taxed according to the rental value of a home she lives in for free. Working out the market rental price of Kensington Palace is just a bit unusual and complicated. Markle may also be required to declare her $100,000 wedding ring because it is technically considered a "gift from a foreign person." Meghan would need to declare it on IRS Form 3520 or be issued a $10,000 penalty.